Somehow I just never got round to checking out Bon Jovi’s newest album, The Circle, which actually came out late last year. Here’s We Weren’t Born To Follow from that record.

I don’t think she was that bad to be honest. When I was in the 10th grade, we had this elderly English teacher who, I hope it isn’t too rude to say, should have retired a few years before she joined our school. She was a grandmother and she was a disciplinarian and boy was she strict.

I remember a few incidents about her : she didn’t like boys growing their hair long! And when I mean long it wasn’t even shoulder length. She was crazy about it. About 6 of us in the class had longish hair and we were all into hard rock and metal music so our dream was to have even more longer hair. It was 1992 and we were 15 and we all had dreams of looking like Bon Jovi or the Scorpions. So she made it a point to constantly criticize and nag us to death about it. She even once demanded that we all cut our hair short before the next day! We rebelled and didn’t do it. She was livid.

She could be guilty of favoritism and partiality and she was not the nicest person to be around. Indian schools tolerated teachers using the cane and she did it once or twice. It barely hurt as she was not strong enough to inflict much pain. Anyone of us could have pushed her down with the slightest of ease and she would have broken a hip or some other bone. But we still treated her with respect because that’s what kids are supposed to do.

I learned that she passed away in 1999 and most of us had only good things to say about her at that time. Even the 6 of us rockers who had long hair and rebelled against her. 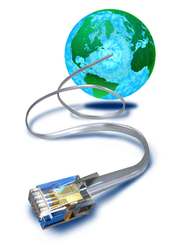 Two 12oz lattes. One for me and one for you if you care to join me. Good morning Sunday.