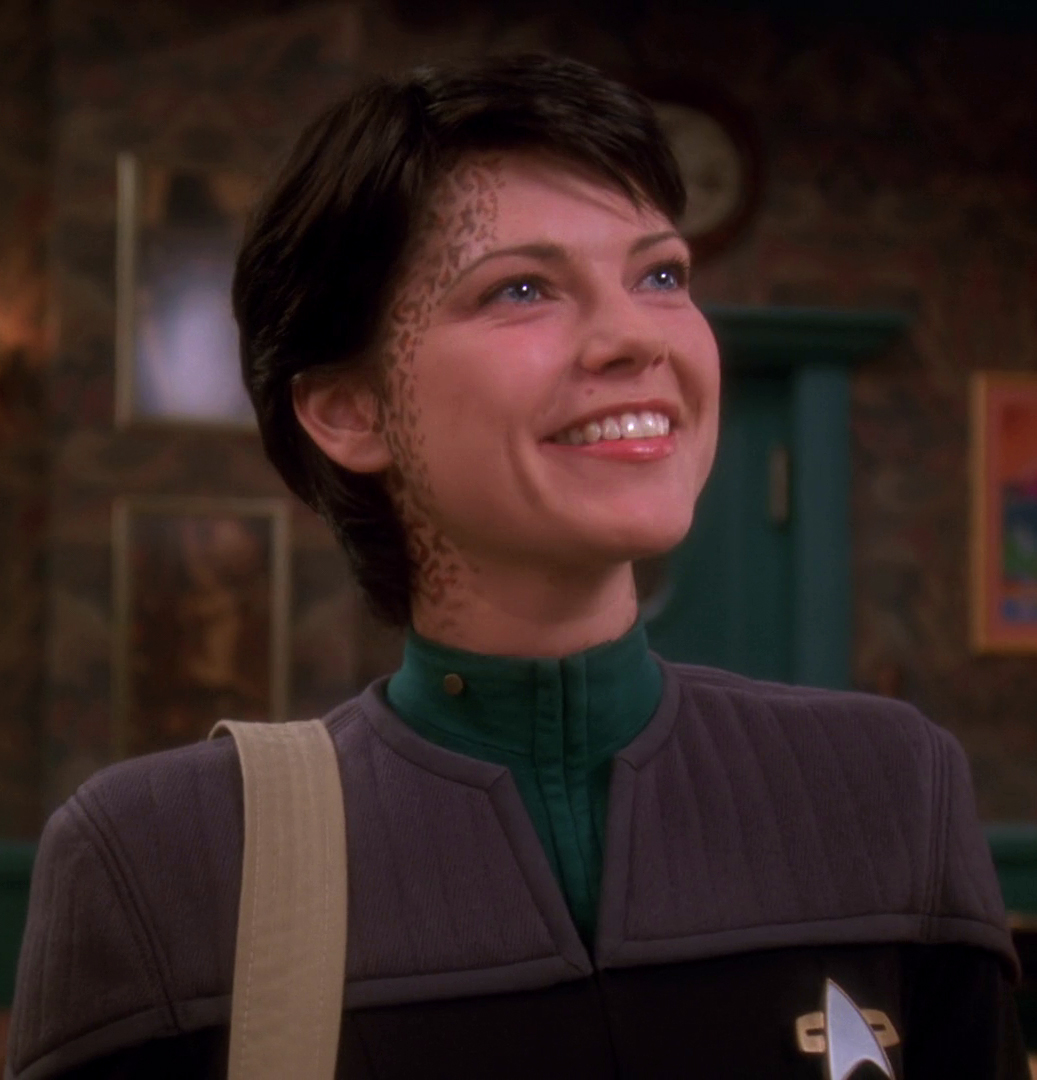 I’ve reached the 7th and final season of Star Trek : Deep Space 9. Although a big skeptic of the 2nd live action Star Trek : TOS spin-off, I became a grudging fan by mid second season and a genuine convert by the time I started the 4th season. Contrary to what I initially though I really do the arc themes in the shows which gives us a change from the normal episodic stuff that we are used to.

DS9 stand out as a separate entity from TNG & Voyager, the two Star Trek shows that preceded & followed it respectively. Although it at times a lot like Voyager (which is a ship all on its own lost in the Delta quadrant) in that it’s on the cusp of the wormhole that is the doorway to the Gamma quadrant and lots of new alien lifeforms, it has more in common with TNG.

As the 6 season ends & the 7th starts an important change occurs in terms of casting; Terry Farrell who played the Trill Jadzia Dax wanted to leave the show and the writers decided to kill off her character and bring a new host for the Dax symbiant – Ezri Dax! The actress that was chosen to play Ezri was to be different from Terry’s character – while Jadzi is a bold, confident & self-assured, experienced officer, Ezri is not too far away from the academy and is unprepared for being the host of Dax. She was thrust into being a host out of necessity and hence is more than overwhelmed by the voices of the 8 previous hosts, their memories and their experiences.

To play this character the youngish looking & cutie pie actress Nicole de Boer was selected and she did a wonderful job. As she struggles with the 8 life spans within her memories, she finds adjusting to her life not an easy task. She is convinced to staying on DS9. Upon joining, Ezri is assigned to Deep Space Nine and promoted early, because of her extensive Starfleet experience and knowledge from the Dax symbiont, to lieutenant, junior grade. She serves as counselor.