I love a good friendly debate. I've had a few over the years. One of the most enjoyable ones I remember were on religion, gods & Atheism. Back when I was 19 and living in a hostel in Bangalore, me and a senior called Gautham were debating religion with around 8 believers and it went on for 4 long hours. It was never too heated but very intellectual and enjoyable that we all forgot about the dinner hours and missed our food. We had to get special permission to go out for dinner past the weekday curfew hour of 9pm.

Several of my debates have been about religion & Atheism and while in Calicut back in 2002, 3 of us atheists in the office that I worked in would get together for an hour or so after our training for the job ended for the day and we'd wax philosophical about the state of Indians with regards to religion & god. This used to bring us the attention of the rest of the people at the office and although they never joined in the debates, we almost always had an audience.

I love long discussions about football and the shape of the teams in the EPL, Italian, Spanish & German leagues. Calicut is a football crazy town and most of my friends there watched a lot of football and we would spend hours past the matches debating about the teams, players and the results. Those were some really enjoyable times. I also liked debates on life that we used to have on the beach in Calicut.

I rarely get the chance to do so but if I do find a couple of people who are as Star Trek, Stargate or any scifi crazy as myself, I'd love to debate on the various themes in these movies/series. I could go on & on on about Star Trek and would love to find more Trekkies in my area. I would have enjoyable afternoons or evenings with some coffee and chatting about the show.

I stay away from politics but there are times when I have been dragged into such debates. Usually I prefer if it is to some recently raised event that I know about and have read enough about it so that I can offer my 2 cents worth of words. 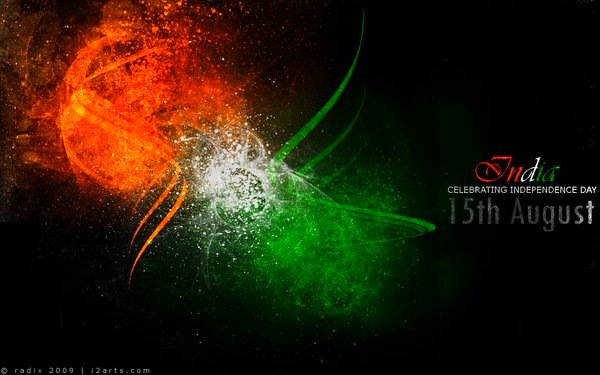 It’s her 64th Independence Day. In memory of those who gave up their lives to attain freedom for the rest of us. Vande Mataram.