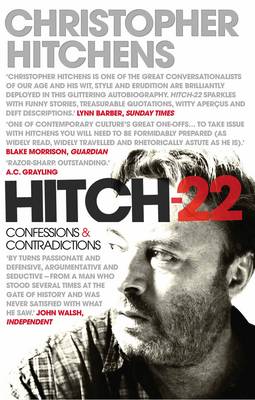 I don’t buy books anymore. For ages I used to buy novels that I’d read over & over again. I used to be a book work, reading most of my free time. At first comics and then novels. I love non-fiction but I do also read fiction on occasion. With easier access to the internet books went on the backburner but I still did read a bit. I stopped buying them though – spending Rs. 300-500 on a good title was stupid as India forgets to lower prices to more reasonable rates as the years go by.

Instead what I did find was a used book store and a discount book store. I was happy as I got most of the stuff that I wanted and a reasonable price Rs.75-99 was the usual rates. Hmm, i could buy 3 or 4 more books for the price of 1 at the usual book stores! I slowly built a good library of books. However both the stores have closed down (no clue as to why) and even that outlet was gone for me.

But yes, it has been ages since I found myself in an actual book store and that’s where I was today and I spent just 6 or 7 minutes browsing through their shelves before I found the late Christopher Hitchen’s memoirs – titled cheekily as Hitch-22!  The book was published in June 2010, and was later nominated for a National Book Critics Circle Award. Touring for the book was cut short later the same month so that he could begin treatment for newly diagnosed oesophageal cancer.

I’ve just started reading this book and got 20 pages done while sitting with a coffee in a cafe this morning. It’s very interesting and entertaining and, I must say, some sadness. Especially when you read the Prologue with Premonitions. I’m going to take my time with this book and read it over the next week. I’ll give you my review post that.

This time next week I hope to hear back from two companies where I have completed final rounds of interviews. The first one is very close by and I was hoping that they would have informed me by now but I learned from another source that out of 5 people, including me, who were invited for final rounds only two of us have completed it and they are awaiting the other three to also finish their interview rounds. Inconvenient for us but still I hope to hear something positive from them. The other one is tougher and I don’t think they will choose me but it’s still open for grabs at this point.

Still I am not going to stop looking for other jobs and today I went to meet a couple of consultancies about possible openings for me. I’m keeping my options open and am even open to looking at different fields/industries that can use my abilities & expertise. So I dedicated most of morning for that.

I left enuff time to go get some cold coffee and my Friday sandwich – Mozerella chicken sandwich from Fort Cafe. I haven’t been to this cafe in 3 months and missed their awesome ambiance. I had a super amazing cold butterscotch coffee to wash down my sandwich. Then I went to check out a dvd store that I hadn’t been to since October 2010 and after much browsing I selected a movie – Attack The Block starring Nick Frost of Pegg & Frost fame. I’ve heard lots of good things about this movie and I was looking around for it. Alien attack in the UK – look out Frost. I also walked into a book store for the first time in ages. And when I think if I do not count the discount/second hand book store I used to go to then it’s been even longer! It was cool, inviting & cozy and I bought a book. I’ll tell you about it later.

Lunch time rolled over and I was in the mood for some beer. I went to Velocity bar for 2 Foster’s and some French fries+pork. The first beer was not cold enough – infact it wasn’t cold at all and I had some difficulty in drinking it down. I specifically asked the waiter for a really chilled one for my second and he brought me one – it was chilled alright but had a bad skunky odour. I found it difficult to drink that one down but I am not going to waste beer. So down the hatch it went. After that it was back home. One thing I have to say – bars like Velocity, although I like them, do cheat you on the beer price. The actual price of one 650ml Foster is Rs.70. At the bar they charge you Rs.135! I guess they charge you for the chilling in the fridge, the glass, the guy bring you the beer, the seat, the table & the AC.