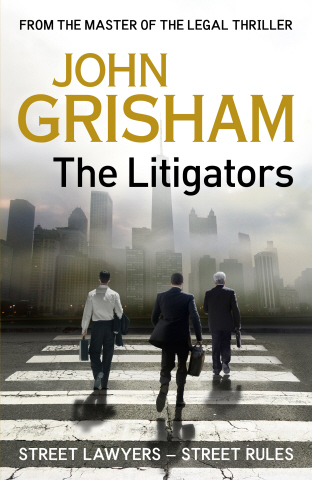 The Litigators is John Grisham’s 25th book and one of his best. And that’s saying quite a lot as he has lots of page turners and some real classics. The master author makes this a David vs Goliath legal novel (and coincidentally  as the lead character’s name is David) an interesting read and you will find yourself unable to put the book down as you root for the underdogs.

David Zinc leaves a high pressure job in one of the biggest law firm in Chicago and the nation having had enough of the place after 5 years. The 31 year old leaves the office building without warning one morning and heads straight to a bar where he proceeds to drink his first day of freedom away. He somehow manages to find a small  two-partner & two member law firm, Figg & Finley of the ham & egg, ambulance chasing variety. David promises to pull in some business and joins them as an associate. Oscar Finley and Wally Figg are two different type of lawyers; as Figg mops and moans through the day, wishing he could divorce his wife of 30 years, a 4 time divorced and recovering alcoholic Wally dreams of the cash cow.

Wally’s various schemes have never brought in the high payoff case but he seems to have found one in Krayoxx, a drug that lowers cholesterol and manufactured by pharmaceutical giants Varrick Labs. Hoping to hitch a ride on a mass tort case done by much bigger firms, Wally convinces Oscar & David that they need to round up clients in Chicago. At first the case seems to be a simple opportunity to sign up patients who took the extremely popular cholesterol reduction drug, Krayoxx, which was the number one prescription for obese patients. Wally finds 8 death cases of heart attack victims who used to take Krayoxx. Convinced that the drug is responsible, Wally signs up the 8 including the first case and joins mass tort lawyer Jerry Alisandros and his firm.

Varrick hires David’s former employers Rogan Rothberg who assign the case to Nadine Karros, a legal ace who has never lost a case in her career. As the trial date approaches, Wally’s dreams of milking in the big bucks vanish when Alisandros backs out as reports of the drug being quite safe come out. However the judge wants the first case to be tried and the trio of Figg, Finley with David go to court. However Figg suffers a heart attack on day 1 and needs surgery leaving Wally as lead counsel. In 3 days the pressures of trying a losing case gets the better of Wally and he starts drinking and disappears on David. Now it falls on David to try the case and he does a fine job on the final day, creating dents in the armour of Varrick but the jury finds the pharma giants not guilty. Not that David or anyone else expected them to rule in favour of the plaintiffs. The case is over and all future cases against Krayoxx are pulled. David helps Wally get to a rehab center as Oscar recovers from his surgery.

The secondary story is about David & his wife Helen finding a Burmese immigrant family whose son suffers from illness & brain damage after playing with a toy called Nasty Teeth – fake fangs. The paint chips in the fangs and he ingests the lead used to manufacture it, which causes the damages. David uses some of his own money to help the family and finally traces the company that now owns the toy makers and represents the boy’s parents. He settled the lead poisoning product liability case for $6.5 million, including $1.5 million in legal fees, which he uses to pay off the firm’s debts and include a bonus for their secretary. The rest is split between the 3 lawyers. He attempted to become equal partners as Finley, Figg & Zinc.The partnership did not work out as 63 year old Oscar retires and Wally is unwilling to try big cases and was dissolved after twelve months. Zinc opened his own product liability practice, David E. Zinc, Attorney-at-Law. 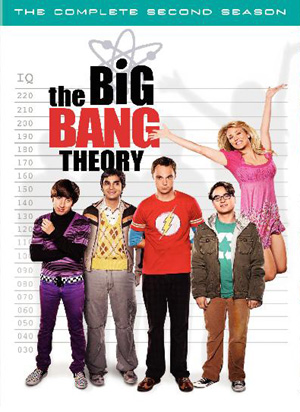 After a shortened season 1 of just 17 episodes we get a full sit-com season of 23 episodes in season 2. After returning from their first date, Penny & Leonard are spied upon by Raj & Howard using a spy camp fixed in the corridor. An awkward situation arises when Leonard finds out that Penny didn’t complete community college and she slams the door in his face when he tries to be supportive. Penny stars seeing Eric upon which Leonard tries to get things started again with Leslie Winkle but she dumps him when he sides with Sheldon on conflicting theories.

Penny is introduced to Age of Conan and gets addicted to it playing it all hours and Raj let’s “fame” go his head when he gets a mention in People magazine for is discovery of the trans-Neptunian object 2008 NQ17, sparking jealousy from his friends. A gradate student becomes obsessed with Sheldon, attaching herself to him as his personal assistant and doing stuff for him. However when Sheldon reaches a breakthrough in his scientific research, she wants to share credit in it and so Sheldon boots her out. We also learn after a fight between Penny & Sheldon that the latter’s “kryptonite” is his mother! Leonard starts dating Dr. Stephanie Barnett, a woman Howard tried to impress, and their relationship becomes serious. Sheldon considersher to be the only “tolerable” girlfriend that Leonard has had. As a result, Sheldon tries helping Leonard in his relationship with Stephanie, as otherwise he thinks Leonard will ruin it. As Sheldon states they now the doctor for their landing party – he says to Leonard “You’re [Leonard is] Kirk, I’m [Sheldon is] Spock, Wolowitz is Scottie, Koothrapalli is the guy that always gets killed…and now we’ve got McCoy [Stephanie]”.

Stephanie and Leonard later break up as he feels that they need to slow down a little. One of the most classic & funniest scenes occurs when Penny gifts Sheldon a napkin both autographed and used by Leonard Nimoy. Sheldon is overwhelmed since he now possesses his DNA and can grow his own Leonard Nimoy and responds by giving Penny many gift baskets and then a rare “Sheldon” hug (“look Leonard Sheldon is hugging me). Penny meets Dr. Underhill, an attractive scientist & visiting researcher through Leonard, and they start dating but she breaks it up when she finds out that he is married. Howard gets depressed when Penny harshly comments about his love life, which results in Howard missing a robot fight competition. We also meet Leonard’s mother, accomplished psychiatrist and neuroscientist Dr. Beverly Hofstadter, who makes her son uncomfortable but seems to get on well with Sheldon. Meanwhile, Leslie and Howard start sleeping together. And ofcourse the four guys meet Summer Glau on a train trip to San Francisco and both Raj & Howard try to hit on her.

The guys help Penny start her own home business, Penny’s Blossom, but they get exhausted as the orders start filling in and it’s only the five of them working on it. Leonard and Raj decide to take him on a trip to Las Vegas, in order to cheer him up after Leslie dumps Leonard while Sheldon, having forgotten his apartment key, is forced to spend the night at Penny’s apartment. Sheldon wins a National Science Foundation grant to go on a three-month expedition to the North Magnetic Pole to detect magnetic monopoles and prove the validity of string theory and takes Leonard, Raj & Howard with him. When Penny learns that Leonard is also going, she is seemingly upset. Later, she gives him a Snuggie as a gift, says she’ll miss him, and gives him an unusually long hug but is unable to tell him that she doesn’t want him to go.