This horse head sculpture is part of the decoration outside a place I recently visited. 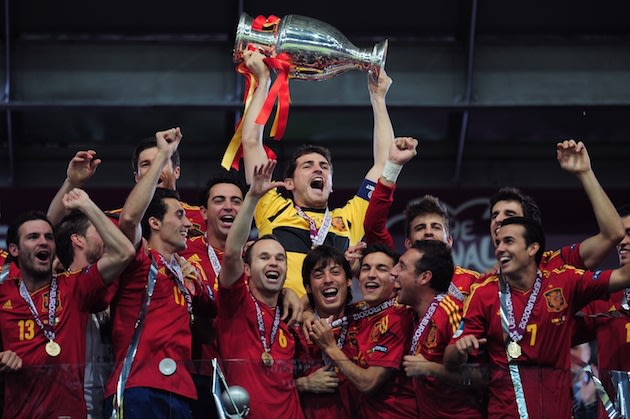 Cementing themselves as the dominant nation in international football and Spain lifted the European Champions 2012 trophy after beating rivals Italy 4-0. Spain have won 3 major tournaments in a row with Euro2008, the World Cup in 2010 and now this victory. The 16-team tournament – largely viewed as a mini-World Cup minus Brazil and Argentina – was loaded with intrigue and excitement. And Spain were far from being dominating in their wins but in the end it’s the results that matter. Any doubts on the defending champs were wiped out with that emphatic demolition of an Italian team that had impressed many and won millions of new admirers with their fresh attacking brand of football. But they were found wanting against La Roja.

It took less than a quarter of an hour for Spain’s David Silva to find the net with a header that put La Roja up 1-0. Jordi Alba scored again for the Spaniards in minute 41 to give them a 2-0 lead at the half. Italy had several chances as the second half got under way, but an hour into play Thiago Motta was injured shortly after coming off the bench and had to leave the pitch, reducing Italy to 10 men with all three of their substitutions already expended. late in play, Fernando Torres and Juan Mata added extra – albeit unneeded – insurance in the 84th and 88th minutes, respectively, for the final lopsided score.