Roger Corman is is an Academy Award winning American film producer, director and actor who has mostly made B-movies with amazing regularity and has helped launch the careers of several actors and mentored a few award winning directors as well. Surprisingly I haven’t watched a single movie of his (that I remember; it’s possible that I saw some of them when I was really young but can’t recall them) – and I’m planning on changing that. This afternoon I watched the first of what I guess will be a huge list of his films that I will end up watching. And that movie is a scifi  horror, a rip off of Alien, called Forbidden World.

The cast includes Jesse Vint, Dawn Dunlap, June Chadwick (‘Lydia’ from V), Linden Chiles, Fox Harris, Raymond Oliver, Scott Paulin, Michael Bowen, and Don Olivera. The movie is about a a genetic research station is located on the remote desert planet of Xarbia, sometime in the future. The research team there are working on  created an experimental lifeform they have designated “Subject 20” using synthetic DNA called Proto B and is intended to fight a recent food crisis. However Subject 20 mutates beyond their expectations and killing the test animals and a lab staff. Professional troubleshooter Michael Colby is called to the station and heads there in his ship along with his robot assistant Sam.

Once he settles in Colby decides to terminate Subject 20 to prevent further deaths which the staff of the station  – the head of research, Gordon Hauser, his assistant Barbara Glaser, lab assistant Tracy Baxter, the station head of security and Cal Timbergen the chief of bacteriology – are initially dead set against. However Subject 20 continues to mutant and kills off more members and finally the truth comes out that it also has human DNA.  its method of killing is most horrifying: this beast injects its prey with the Proto B DNA strain which then proceeds to remove all genetic differences within specific cells. The result is a terrifying death as the victim’s living body slowly erodes into gelatinous pile of pure protein which subject 20 then uses for food. After its final mutation, where the creature evolves into a huge insect-like being with a large mouth full of sharp teeth and attacks the center. In the end the creature is eventually slain when it eats Cal’s cancer-ridden liver, fed to it by Mike after a dying Cal begs him to do it and its body genetically self-destructing from within. Mike and Tracy are the only survivors.

To be honest I watched it just to see June Chadwick – she is so hot! There’s some bad acting, a bunch of nudity, with a sex scene and also a shower scene between the two ladies!!! It’s definetly a B movie. 5 outta 10! 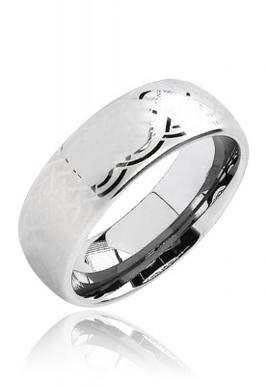 I think some of you readers may remember that I wear cheap rings on my fingers. I used to have 4 but two of them broke, including the thumb ring that I liked to fiddle with a lot. Check out the pic in an earlier blog post. The thumb ring is the big one at the back. Another one, the one on the right has broken off much earlier while the thumb ring actually broke only around a month ago. And so I was left with the 2 – the one of the left and the center one.

Today I happened to see some ads for Jabong which is an online shopping website for clothes, shoes, accessories and jewellery among other things. The ad showed off some rings as well and I was curious to see more. Well they have an amazing selection of these awesome looking rings from Perora, Reev & Johareez. There are so many that I want that I was going nuts just looking at the selection. I decided to buy just one as I have some other purchases for the month. Maybe at a later date I will buy a few more and use one of the coupons they gave me for discounts.

So for the time being I just bought the one – pictured over here. I can’t wait for it to reach me.