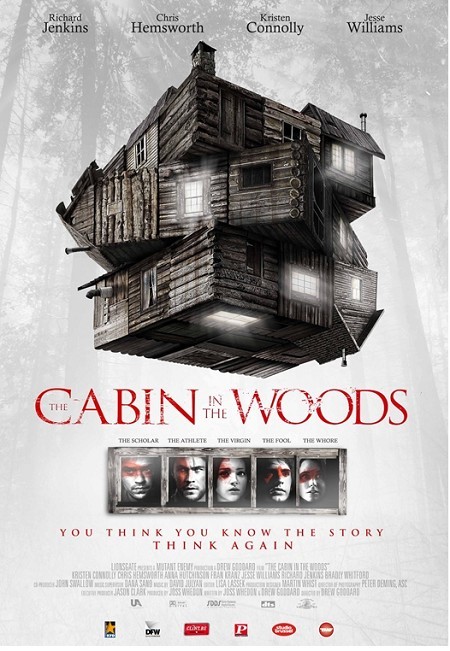 Directed and co-written by Drew Goddard and co-written and produced by Joss Whedon The Cabin In The Woods is a 2012 horror movie starring Kristen Connolly, Chris Hemsworth, Anna Hutchison, Fran Kranz, and Jesse Williams. Coming from the team behind both Buffy The Vampire Slayer & Angel series, you expect a good plot and yes you do get one here. However the movie does not deliver all that I had hoped it would be. There seems to be a big thrill factor missing in the movie, despite the relatively good acting, awesome special effects and production and the plot. Yes it did get mostly positive reviews and I do like it but they could have done a lot more with it.

Here are my points on the film:

Like the plot? I did but I just felt that I wanted a lot more from the movie. Still I liked it and will give it an 8 outta 10!

A male tiger which was causing havoc in the Wayanad district of Kerala was shot dead near the Wayanad Wildlife Sanctuary on Sunday. The forest officials shot dead the beast which apparently had been attacking domestic animals of the human settlement near the sanctuary. The rogue tiger had been on a cattle killing spree in the panchayat for the last 16 days. The 12 year old wild cat killed as many as 14 domestic animals – including 4 cows and a buffalo and was spotted at a private coffee plantation at 8:15 am. Under pressure from the locals and their political representatives, a team of forest officials with the help of their counterparts from Karnataka have been trying to capture the tiger for the last one week.

The personnel had placed four cages with live baits in different places but could not capture the beast. They even placed surveillance cameras and used trained elephants to tour the forest areas. On Sunday morning, the forest team spotted the tiger and shot a tranquilizer dart. But it could not tame the tiger. So they fired another one, following which the animal turned against the team. Sanctuary wildlife warden S Sreekumar said at this stage the team, comprising veterinary surgeons, had little option but to fire the killer shot.

A couple of weeks back, a 15-year old tiger, which had stayed into Thirunelly and killed four cows, was trapped in a cage by the forest officials and later released it on the Kerala-Karnataka border. I dunno how I feel about this – I mean I find tigers to be beautiful creatures and they be killed off especially as there are less and less of them. But humans need to do what they have to, to protect themselves and their property/lifestock from anything that can cause it harm or loss. And they did try to tranquilize it but it didn’t work out. Still a sad fact though.