Taste The Blood Of Dracula is one of two Dracula movies that Hammer Horror studios came out with in 1970. Directed by Peter Sasdy based upon a script by Anthony Hinds we have Christopher Lee returning to his iconic role as the evil count.

The movie starts as if it’s a continuation of the end of the previous movie in the series – Dracula Has Risen From The Grave. Weller, a businessman is thrown out of a speeding horse carriage in a struggle in the woods near the castle and is knocked out cold. When he comes to he collects his belongings and heads for the town but hears a deathly scream. Terrified he runs and falls down a slope and sees a dying Dracula screaming in agony with a large crucifix impaling him from the back. Weller watches in amazement and fear as the the figure dyes and disintegrates from blood to reddish dust. Apparently he collects these items of the count. Much later 3 English gentlemen, who have formed a bond by pretending to do charitable work once every month, are in actuality are visiting brothels in the nearby town and having a ball. One of them, William Harwood, had just chastised his daughter for flirting with young Paul right after church – “blasphemy” he says and typically of people like that, hides his visits with whores from his family! Anyways, the 3 men – Paul’s father Peter Paxton & Mr. Secker make up the trio, are interrupted at the brothel by Courtley, a man famous for indulging in black mass.

After a talk with Courtley, the 3 gentlemen go with him to purchase Dracula’s belongings from Weller, in exchange for some intense sinful pleasure. The three meet with Courtley at an abandoned Church for a ceremony during which he puts the dried blood into goblets and mixes it with drops of his own blood, telling the gentlemen to drink. As they refuse, he drinks the blood himself, screams and falls to the ground. As he grabs the gentlemen’s legs, they kick and beat him with increasing vigour – not stopping until Courtley dies, at which they flee in disgust at what they have done. While the three return to their respective homes and get on with their lives, Courtley’s body, left in the abandoned church, transforms into Dracula, who vows that those who have destroyed his servant will be destroyed. Dracula visits Harwood, who has begun to drink heavily and treat his daughter badly. Dracula controls Alice by hypnotizing her and makes her kill  her drunk father, who was chasing her to beat her for going out with Paul against his wishes. The police find Harwood dead and Alice missing but do not search for her despite Paul’s protests.

Next Dracula has Alice lure Lucy, Paul’s sister, to the abandoned church and feeds on her and turns her into a vampire. With Hargood dead and Alice and Lucy missing, Paxton fears that Courtley is exacting revenge and, together with Secker, visits the abandoned church to check for Courtley’s corpse. The body is missing but they discover Lucy asleep in a coffin with marks on her throat. Secker realizes she is a vampire and tries to stake her, but Paxton shoots him in the arm, forcing him to flee. While Secker stumbles his way home, Paxton weeps over his daughter’s body. When he finally develops the courage to stake Lucy himself, she awakens, and Dracula appears. Alice and Lucy pin Paxton down and drive a wooden stake through his chest. That night Lucy lures Jeremy, her lover & Secker’s son, sinks her fangs into his throat, enslaving him while Dracula watches. he vampire Jeremy then stabs his father on Lucy’s orders. On the way back to the church, Lucy begs for Dracula’s approval but instead he drains her dry and leaves her destroyed. Back at the church, he prepares to bite Alice but a cock crows and he returns to his coffin. Before dying Secker had written a letter for Paul with instructions on how to kill Dracula and left him books too.

With Jeremy arrested for his father’s death, Paul heads to the abandoned church and sees Lucy’s dead body on the way.  At the church he bars the door with a large cross and clears the altar of Black Mass instruments, replacing them with the proper materials. He calls for Alice, who appears together with Dracula. Paul confronts Dracula with a cross but Alice, still entranced, disarms him. She seeks Dracula’s approval but he dismisses her. He tries to leave but is prevented by the cross barring the door. His retreat is also barred by a cross which an angry and disappointed Alice threw to the floor. Dracula climbs the balcony and throws objects at the two, however he backs into a stained glass window depicting a cross. Turning in pain he hears prayers in Latin and he falls to his death and turns to dust in the sunlight streaming in from a broken window. Paul & Alice leave the church. 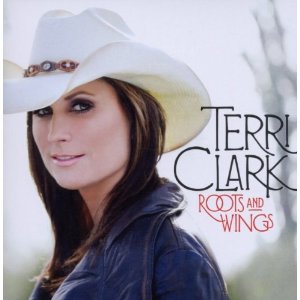 Released on July 26, 2011 via BareTrack Records/Capitol Nashville/EMI Canada Roots And Wings is country superstar Terri Clark’s 8th studio album. The albums starts off with Wrecking Ball a cheerful medium fast number. The song is about the determination of a woman who knows what she wants and will not stop until she gets it. Slowing things down a bit she gives us a country singer’s staple type of song  about breaks up and relationships dying as Breakin’ Up Thing. Lyrically it’s about how the lover is an expert at breaking up and the singer could learn a thing or two from him. There’s some mellow pedal steel and telecaster solos in this one. In The One, is about loneliness and what people say about a single woman. And the woman doesn’t want to settle down for just about anyone but is waiting for the right one.

Norther Girl is Terri Clark celebrating her Canadian-ess and her pride for her native country. Lyrically and musically this is one of her best songs and certainly a highlight of this album. Beautiful And Broken is about love lost and asking the questions to what made it go wrong. Fiddles bring forth the next song, Lonesome’s Last Call – the heartbroken people’s song. A more traditional sounding kind of country song, it’s a really good song to sing along to, in a country western bar.

With the intro reminding me of something the Bee Gees would do, The Good Was Great is another love ballad from Terri that touches the  heart and I can see myself listening to this one in the evening while sipping a cold vodka. The next song surprised me cause it’s got Bluegrass legend Alison Krauss lending backing vocals. Smile is a gentle ballad about being supportive and loving and not letting distance separate people from their loved ones. Lyrically, I think this song is about Terri’s mom who gave her tremendous support when the singer went away from home to make it in the music industry. The Canadian country singer/songwriter gives us a cover in the upbeat We’re Here For A Good Time which is a Trooper song. I’m sure this will be a really good choice for her to close her concerts with during her tours. And finally we get Flowers In The Snow – a lament from someone who has seen too  many heartaches & pain. The album officially ends with 10 songs but the deluxe version has two more songs, live versions of Norther Girl and one of her best songs ever If You Want Fire.

Great album, no weak songs at all. Here’s the video for Norther Girl.