Saving Hope is a Canadian made medical drama with a supernatural twist and is mostly centered in the fictional Toronto hospital Hope Zion. It is aired on both CTV in Canada and NBC in the US. The show ‘s plot is based on Erica Durance’s character, Dr. Alex Reid whose fiance Dr. Charles Harris (Michael Shanks) is in a coma after being in an accident. Alex fights to try and get him the treatment needed to bring him out of the coma and later one will have to fight a decision to take him off the ventilator. The show also stars Dr. Joel Goran (Daniel Gillies), a new orthopedic surgeon and Alex’s former lover. Reid also works along with Dr. Shahir Hamza (Huse Madhavji), a neurosurgeon, Dr. Maggie Lin (Julia Taylor Ross), a third year surgical resident on rotation in the General Surgery department, Dr. Gavin Murphy (Kristopher Turner), a psychiatry resident, Dr. Zachary Miller (Benjamin Ayres), the ER doctor, OR nurse Victor Reis (Salvatore Antonio), Dr. Tom Reycraft (K.C. Collins), Dr. Melanda Tolliver (Glenda Braganza), and Dr. Dawn Bell (Michelle Nolden), a cardiologist and Charlie’s ex-wife.

In the first episode we find Dr Alex Reid and her fiancé Dr Charles Harris getting ready to get married. Throughout the day they go about their work, in & out of surgery and going about their daily rounds. They are involved in a car accident while rushing on the way to their wedding in a taxi. Minutes later, Charlie falls into a coma. However as the maddening rush to take him to the hospital and treat him, Charles finds himself outside his body and able to roam the hospital in the form of a spirit. No one can see him except for people who are similarly either in a coma or who have died and their spirits haven’t moved on. He now experiences life “hoping” that he will survive. Dr Alex Reid deals with a kid, Cal, who has a disease. He goes into a coma, and meets Dr Charles Harris. Charlie asks Cal to send a message to Alex for him, when Cal wakes up. Despite this, the boy forgets Charlie’s name. Charlie’s ex-wife suggests in-coma arousal therapy. Meanwhile, surgeons Joel Goran and Maggie Lin (Julia Taylor Ross) deal with a lady who will die without surgery. Due to their religion, her husband refuses treatment. Alex and Maggie treat Benjamin Munk (Zachary Bennett), a patient that is discovered to have psychological problems. Alex realizes that he has Münchausen syndrome – he fakes problems or inflicts injuries on himself so that he can be hospitalized. With Charlie, Alex tries to wake him by using coma arousal therapy, but Shahir later finds no change in his status. Charlie helps a deceased patient resolve his issues with his brother, who has to undergo a risky surgical procedure from Joel, which is a success. Also, the staff realizes Maggie and Joel hooked up when the two are caught acting strangely, and Gavin fails in asking Maggie on a date.

An exhausted Alex works the night shift in the ER and assists a hockey star that had been attacked trying to prove his toughness. He refuses a CT scan, leading Alex to wonder if he is hiding something. The patient actually has brain trauma and is afraid the news will end his career. Also, a young victim of a stabbing appears with Charlie in spirit form several times to learn he is going to die. The boy survives and Charlie wonders if it is also possible for his own return. Scott has been in a coma for 27 years and does not quite have the same view as Charlie does regarding his situation, although he harbors abandonment issues with his wife. Charlie then realizes that he has to assist others in his waking from his coma. After Alex successfully surgically re-attaches a hand, she has a party at her apartment with her co-workers. Although the mood is festive, her exhaustion causes her to have a breakdown and realize that she has nearly forgotten about Charlie. Joel comforts her. A patient is brought into Hope Zion with rebar protruding from his chest, but yet has no knowledge of how it got there nor exhibits any pain. His belongings are searched and a psychic’s business card is found. The doctors deduce that the patient has been hypnotized. The psychic known as “The Great Randall” is called in and it is learned that the patient has been suffering from photosensitivity and stomach pain for years. Someone jokes that the patient is a vampire and Alex realizes the patient has porphyria. Randall can also see Charlie’s spirit form, who asks his assistance in communicating with Alex. The idea works until Randall asks for money from Alex to continue talking to Charlie. Maggie and Joel commit to being exclusive with each other.

Joel performs surgery on Karn (Billy MacLellan), whose self-implanted horns have become infected. The medical team decides to remove the horns, against Karn’s vehement wishes, which leads to a psychiatric consultation. Meanwhile, Alex prepares to conduct a standard tumor removal on patient Sandhya (Gia Sandhu). However, the patient has an adverse reaction to the anesthesia and slips into a coma. There, while seemingly content with not waking up from her coma, she philosophizes about love and religion with Charlie. He learns that Sandhya has been forced into marriage and has yet to find love in her own way. Their mutual discussions elicit an innocent kiss before she is brought out of her coma. Charlie’s ex-wife Dawn (Michelle Nolden) returns to check on Charlie’s condition and reveals that she is petitioning for a DNR order. Dawn and Alex await a legal decision on whether to resuscitate Charlie. Meanwhile, they must work together on a heart transplant surgery. The donor is a deceased prisoner that Charlie must help “cross over”. Their discussion is a change from those Charlie has had with others in spirit form — he has to make peace with what is eventually going to happen. Joel and Maggie continue their rocky relationship, as he still has feelings for Alex. His tension with Maggie allows Gavin to step up and make a move on her, leading to a kiss between them. Charlie is taken off the ventilator, but breathes on his own, causing Dawn to change her mind about the DNR. In his coma state, Charlie meets an old doctor friend whose mission is to help Charlie “cross over”. During their discussions, they see Alex’s patient Bea, whom has been diagnosed with Hodgkin’s lymphoma. The two ethereal doctors surmise that Bea is suffering fromaphasia and will get worse if untreated. Alex soon realizes what is wrong with her. Meanwhile, Dr. Goran’s patient is a paralyzed woman who is discovered not to be paralyzed. He deduces that she is someone who uses pain as a distraction from accepting the loss of her husband. Dr. Reycraft is appointed Chief Resident.

Still reeling from witnessing a patient’s suicide and nursing his broken hand, Goran asks Kinney for a leave of absence, Instead, she suggests taking a road trip — together. During their travel, they assist in a roadside accident and later have sex. Back at Hope Zion, Charlie, in his coma state, meets a deceased therapist who learns the real reason Charlie is not waking up. Afraid of being left alone, which stems from his parents dying when he was young, Charlie deals with these fears by staying in a coma. He cannot be left by loved ones if he is the one who leaves. Dr. Hamza tries transcranial magnetic stimulation on Charlie to help him wake up. In his coma state, Charlie bleeds from his forehead where a TMS electrode is attached. He also learns that he witnessed the car accident that killed his parents when he was a boy—he simply blocked it from his memory. This causes him to temporarily wake from the coma, which no one immediately witnesses. They are distracted when a sick airline passenger is rushed to the hospital. As Alex performs emergency surgery on the passenger, she begins to realize the patient may be infected with a deadly and contagious virus. A specialist declares the hospital safe and Alex returns to notice Charlie had moved. Shahir and Alex plan a last-resort procedure for Charlie, which forces Charlie to come to terms with his past. A female jockey undergoes risky surgery that results in partial paralysis, and Joel quits, feeling guilty for this outcome. Gavin crosses the line with a patient when he starts to become personally involved, and disaster ensues. After Alex urges Shahir to keep trying, Charlie finally wakes up. Joel tries to save a patient from flesh-eating disease and Alex has some hard decisions to make. Charlie enjoys being back in the land of the living and plans on marrying Alex as soon as possible. Then he discovers he didn’t leave the spiritual plane behind as much as he thought, when he realizes that a woman he’s been talking to, is in fact already dead.

How will Charlie adjust to this development? Is he ready to live his life always seeing spirits? And will  the wedding take place? 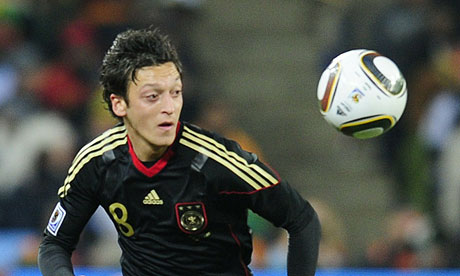 Arsenal have completed the £42.4m signing of Real Madrid and Germany midfielder Mesut Ozil to break their club record by £27.4m. Ozil, 24, has signed a five-year deal. “I am thrilled to be joining a club of the stature of Arsenal and am looking forward to playing in the Premier League,” he said. The Gunners have also signed Palermo goalkeeper Emiliano Viviano, 27, but talks have broken down with Chelsea to sign striker Demba Ba, 28, on loan. Arsenal have failed in high-profile attempts to sign Liverpool striker Luis Suarez and Gonzalo Higuain, a former team-mate of Ozil at Real Madrid, this summer.

But they have now captured Ozil after Gareth Bale’s world-record £85.3m switch from Tottenham to Real triggered further deals on the final day of the transfer window. The move easily surpasses the £15m they paid Zenit St Petersburg for Andrey Arshavin in 2009. Germany international Ozil joined Real from Werder Bremen three years ago for a fee believed to be about £12.4m and has played 155 times for the club. Going into transfer deadline day, Arsenal manager Arsene Wenger had previously made only two signings – striker Yaya Sanogo, 20, and midfielder Mathieu Flamini, 29, arriving on free transfers. But the signing of Ozil, who helped Real win La Liga in 2011-12 and was named in Uefa’s team of the tournament at Euro 2012, delivers a signal of intent to the Gunners’ Premier League rivals.