When Do You Choose Making a Phone Call Over Sending a Text?

Whenever a sentence or two will suffice to make the information know or pass the message onto the other person, I will choose to send a text. That is most of the time – and I can choose either SMS or Whatsapp or even Facebook chat or send an email via my phone – that I choose to send a send a text instead of calling up the person. I think if I had to make phone calls I would lose a lot of time in passing on small bits of information and/or letting people know about a minor detail.

Minor information and detail can be sent using a text or Whatsapp message – which is being used for a lot of official purposes as well right now and it’s free – and hence we are reliant on them. Now if it is something urgent and I need a reply right away or am expected a reply right away I will make that a call instead. Somethings just can’t be left to chance; what if the person does not see the text immediately and takes their own time in replying back? You can’t take that chance in such cases and hence you will have to press call and speak to them in person.

This weekend, like most this year, I looked forward to going out for the afternoon and getting some food and some beer. As previously mentioned, as of April 1st of this year, Kerala has no more bars other than the ones that are there in the 5 star hotels. I can’t afford to go to the 5 star hotels and the rates that they would charge for their wares. So the government (you can bet all those fucking politicians are visiting the bars often)is discriminating between the filthy rich and the rest of us. It’s the end of civilization. 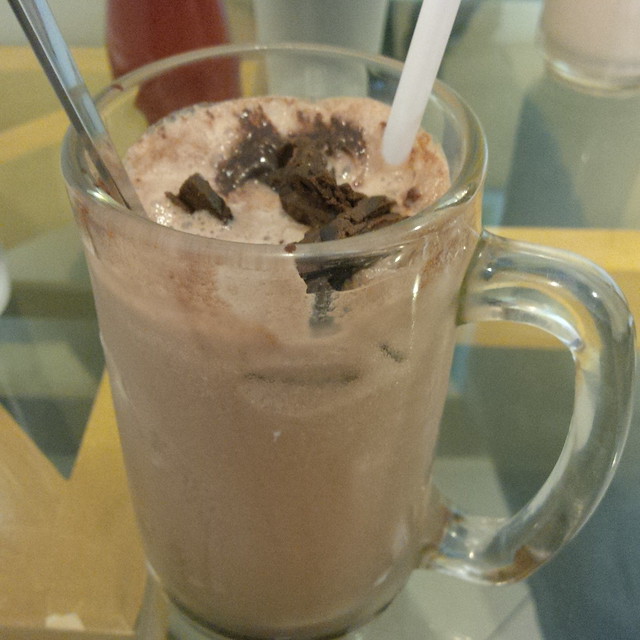 First up at 11:30 am was a visit to Cocoa Tree (one of two 24 cafes owned by Avenue Reagent hotel) on MG Road along with my cousin Sujith and we had some cold coffee (I had the choco crunch frappe pictured here and he had the caramel frappe) and burgers (he had the classic beef burger and I had the chicken burger; both had bacon). 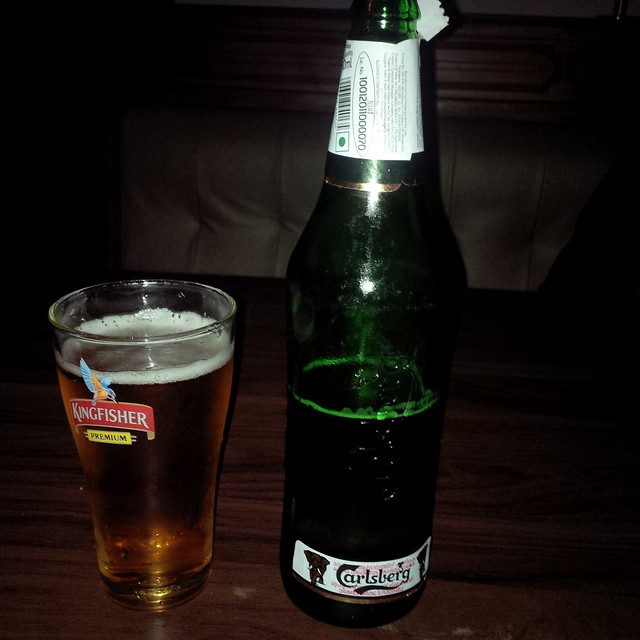 Post that Sujith & I, after chatting for almost 90 minutes, left to go to Velocity and get some beers. Sujith’s older brother Sarath was on his way to Cochin from Bangalore and we waited for him but he was delayed so we started on our first beers. The main area of Velocity was still under renovation and hence we went to the underground section which had an ok looking bar/parlour. 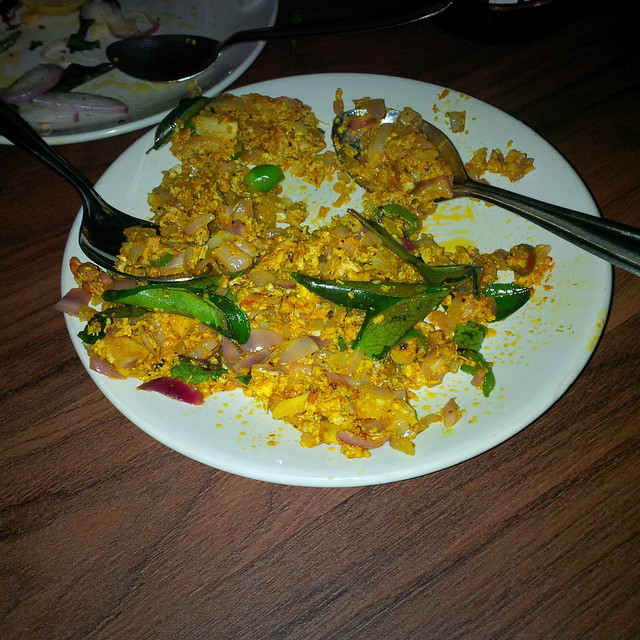 They had a good selection of beer, including some I hadn’t seen before and even some cans. But I am gonna miss drinking vodka or rum and especially Long Island Ice Teas in bars. We snacked on egg burgi or egg masala as we downed the beers. 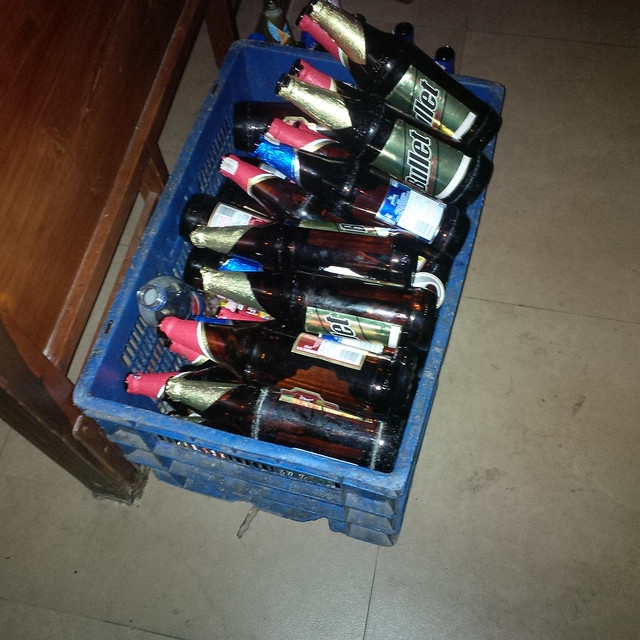 Sarath came by at around 3 pm and we had a couple of more beers. No this basket of empties are not ours. We only had Carlsberg beers, which is the preferred brand and if that isn’t around then either Tuborg or Kingfisher. But it felt kinda depressing to sit in that area and know that we can now only afford either beer or wine (who really goes out to drink wine in Kerala anyway) and it makes me sad and angry. Hopefully the next election changes things and we can get back our bars.