So last Friday was made even more awesome because I saw that the Chennai outlet of the Hard Rock Cafe was in the Phoenix Mall and that came as a total unexpected surprise to me. I also saw the merchandise store but wary of prices, I only decided to head to the cafe for lunch and stick to it. It is an awesome space and the restaurant has great ambiance and atmosphere and ofcourse great decor and music. They also have great staff who were so friendly and wanted to make my visit extra special when they found out that it was my first time there and that I hadn’t expected to see the HRC during my visit but that I was a fan of rock music and really wanted to check out their restaurant. 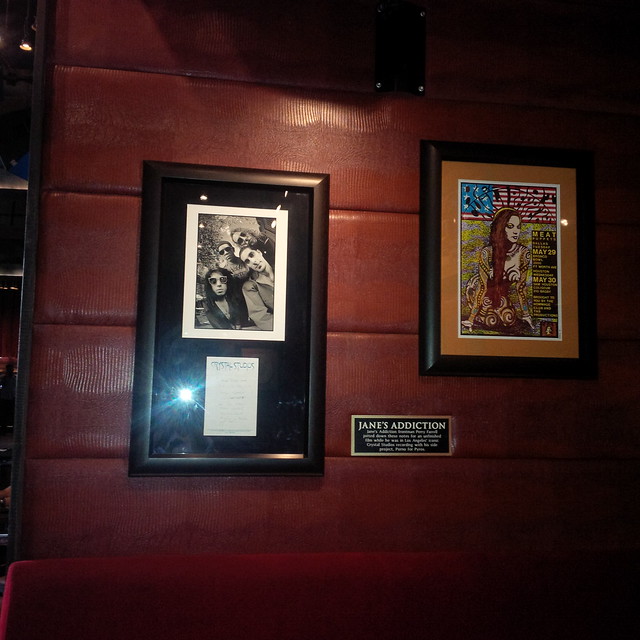 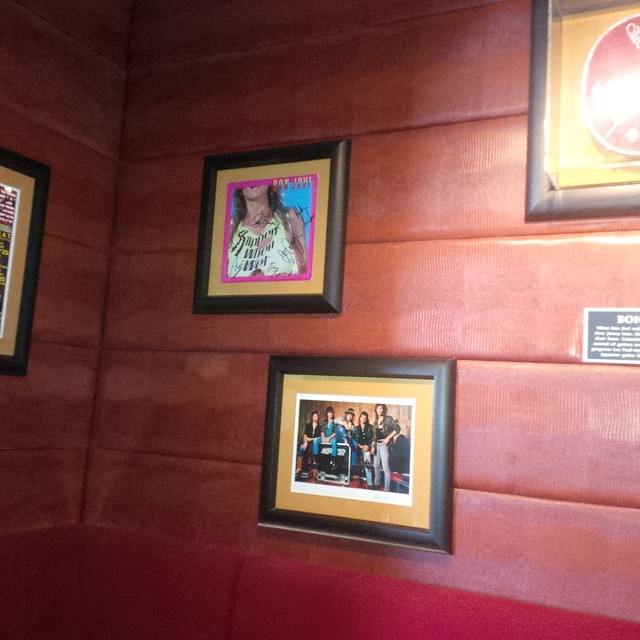 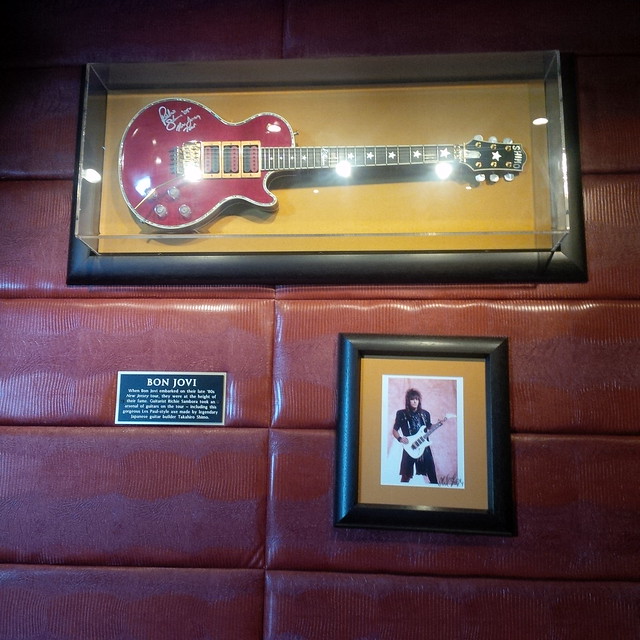 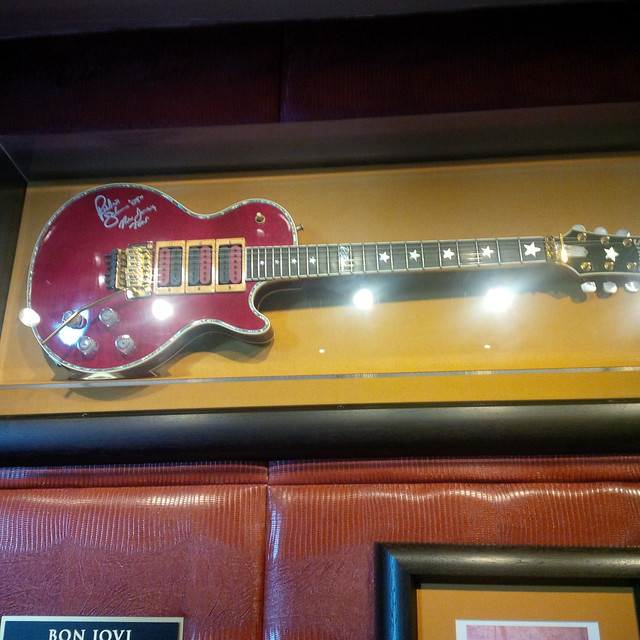 As you can see the posters on the wall filled me with giddy delight and I took a brief video (which I will post up later) and snapped a few pics. So there was Jane’s Addiction, Bon Jovi, Richie Sambora – and yes that’s his signed guitar on the wall there – and boy does that guitar look awesome! 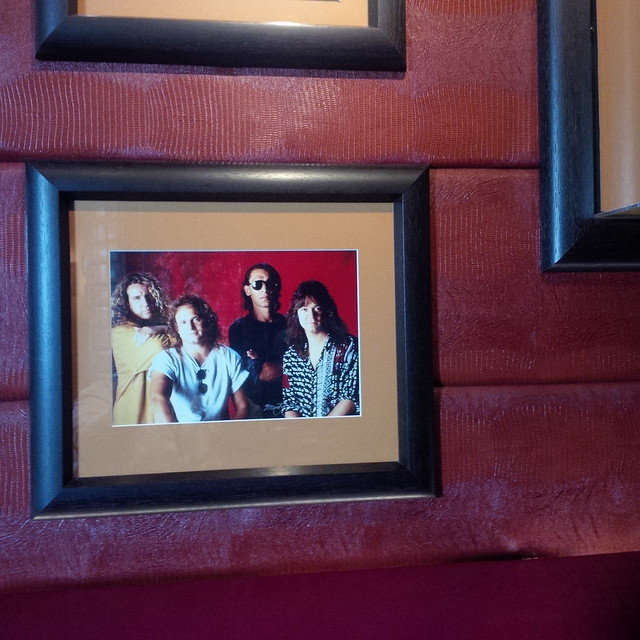 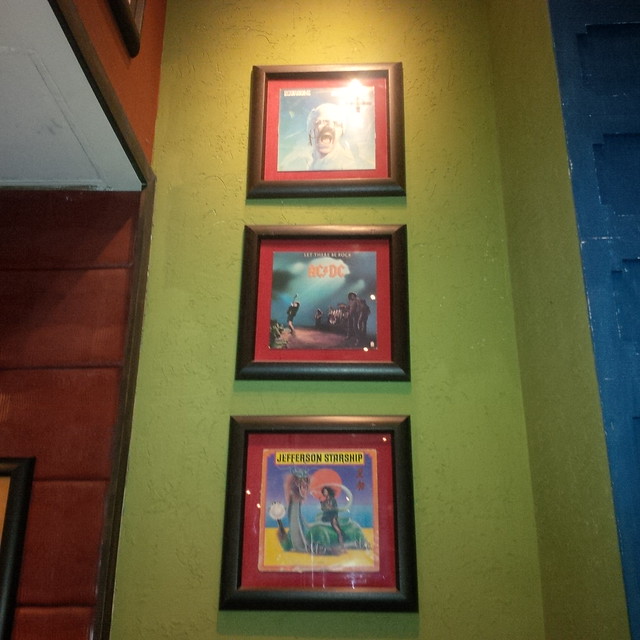 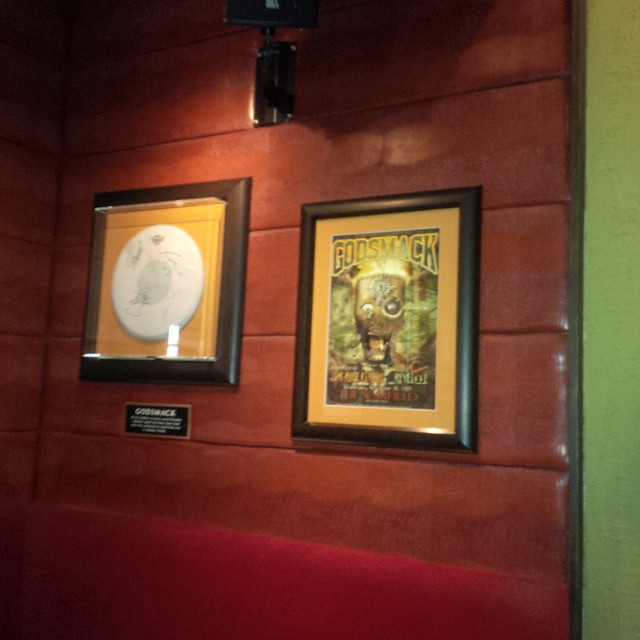 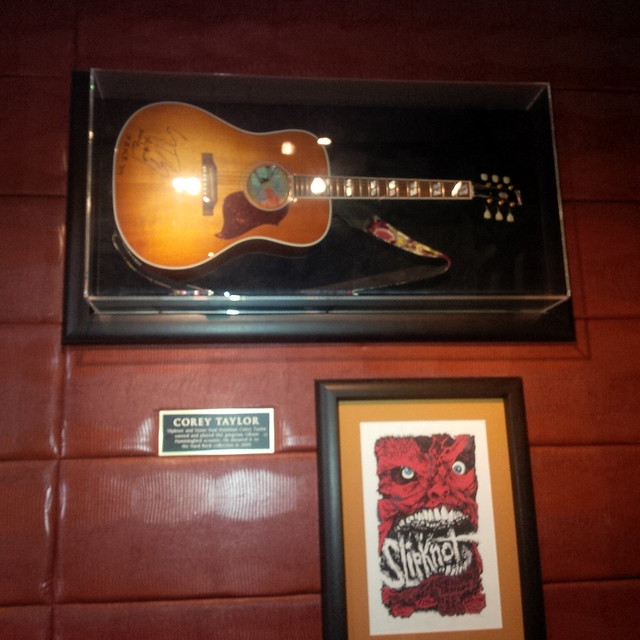 Next up were 70s & 80s classic bands Van Halen, AC/DC, Scorpions & Jefferson Starship. There was also a Sammy Hagar one but it came out all blurry on my camera. We also have Slipnot, Godsmack and a Corey Taylor signed acoustic guitar. I loved looking at the posters and guitars. 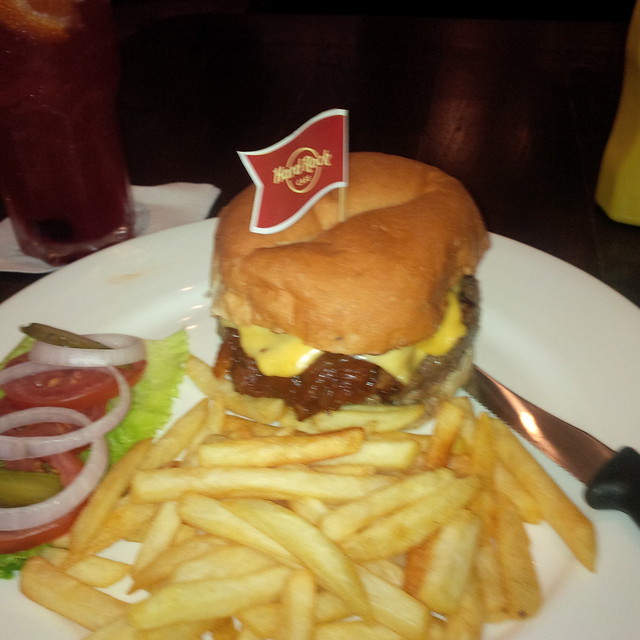 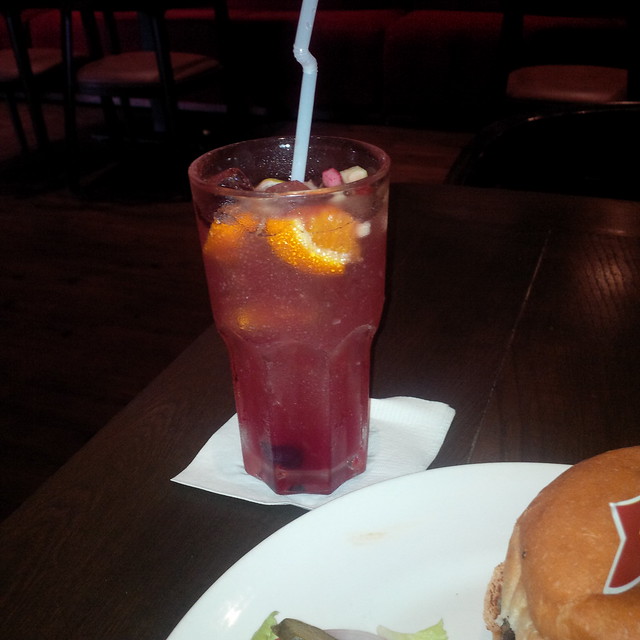 But ofcourse the star of the cafe is their food. I settled on the huge bbq bacon cheeseburger, with caramelized onions, which came with a small salad and lots of French fries. I went with one of the recommended mixed fruit juices / mocktails (as they don’t have the license for alcohol yet, due to being in a mall in India) which was called the Liquid Lust. Delicious combo of grape, cranberry, orange and some other stuff I can’t remember. 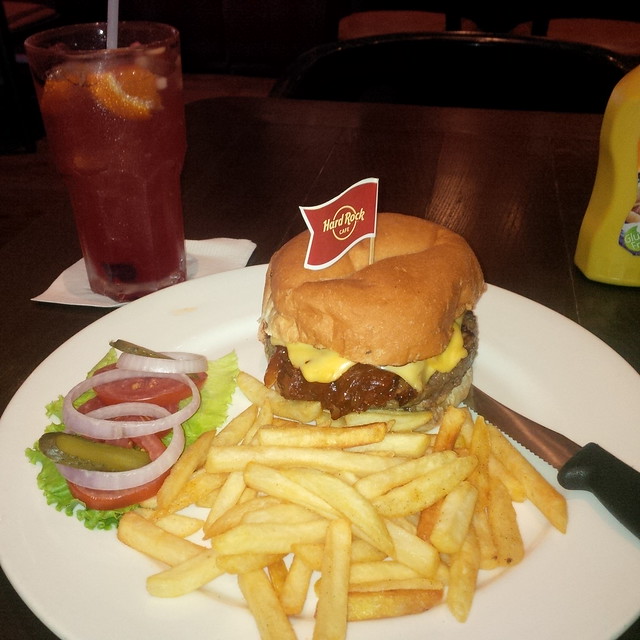 The bacon cheeseburger was amazing and orgasmic. Loved the burger and I rate it a 10/10. Excellent place and a shame they haven’t opened one in Cochin yet. I hope they do.

Arsenal recovered from their opening-day defeat by West Ham to record a hard-fought victory at Crystal Palace. Alexis Sanchez had three shots blocked as the Gunners began aggressively before Olivier Giroud got the opener. The Frenchman’s superb scissor kick put away a Mesut Ozil cross but the lead lasted 12 minutes until Joel Ward’s driven shot drew Palace level. Connor Wickham hit the post on his home debut before Damian Delaney sliced a Sanchez header into his own net. Jordon Mutch almost inadvertently grabbed a late equaliser when the ball struck his head and went over from a corner, while Petr Cech held a Ward header in a frantic finish. But despite Palace’s combative display, Arsene Wenger’s side ultimately deserved the three points for the quality of their movement and resilience in defence.

Gunners boss Arsene Wenger said the way in which his side responded to the 2-0 home defeat by West Ham last Sunday would define their season. Sanchez returned for a first start since his extended break following the Copa America and injected the Gunners with an immediate dose of urgency in attack. The Chile international was a constant menace in the opening stages and his hard running set the tone, but Wenger will be more pleased by the way in which the Gunners reasserted their dominance after being pegged back. Ozil, Cazorla and Aaron Ramsey continued to pester Palace with their crisp passing and aggressive movement and Sanchez’s determination was the key factor in re-taking the lead. He leaped over right-back Ward at the back post to force Delaney into the own goal, but Giroud’s effort will live longer in the memory. The 28-year-old showed beautiful technique to retain his balance and strike the ball sweetly as he controlled his fall away from goal.

Arsenal definitely rode their luck at times. Wickham was close to putting Palace ahead after the break and Jason Puncheon finished tamely when presented with a brilliant chance. Francis Coquelin was perhaps fortunate to have picked up just the one yellow card before being replaced, with referee Lee Mason taking a lenient view of the Frenchman’s persistent fouling. Cech was at fault for both of West Ham’s goals but there was little he could do about Palace’s equaliser as Ward’s driven strike was clipping the inside of post by the time he had reached the full length of this dive.

A not so convincing win but a win nonetheless to get the Gunners off this season. Two games played, 1 win, 1 loss, 3 points, 2 goals scored and 3 let in. Arsenal sit in 11th place.