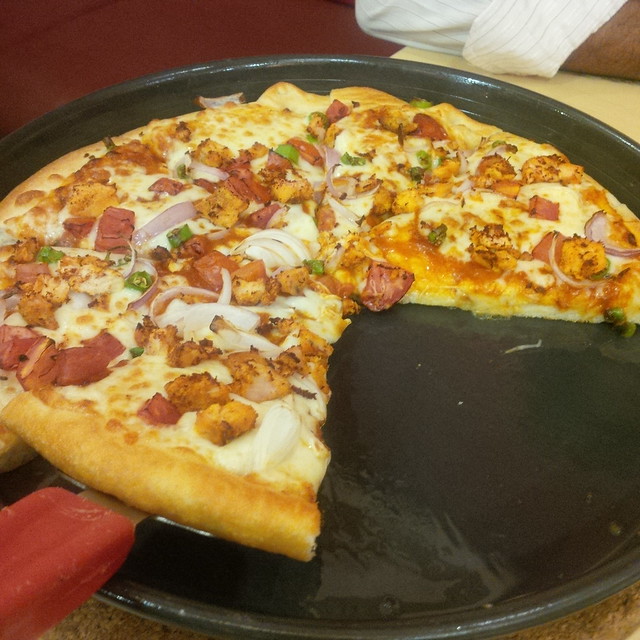 It’s been a long time since I did a Friday Pizza Photo blog. Videos have taken over. Nevertheless here is a large Pizza Hut’s Chicken Tikka pizza. Delicious & divine.

In 300 years, if you were to be named the patron saint of X, what would you like X to be? Places, activities, objects — all are fair game.

I would be a worldwide icon and people will raise their beer mugs or vodka glasses in my honour and shout my name as they down their quota of the day. People will drink with their friends and colleagues and even total strangers, united in my name. Dads will drink with their sons, moms with their daughters, uncles, aunts and grandparents will join in too. At parties, birthdays, special occasions and New Year’s eves and sports matches. And that drinking needs a buddy. That’s what pizza is for. All kinds of pizzas. Veggie pizza, pepperoni pizza, bacon and mushroom pizza, chicken pizza and steak pizza. Pizza is the greatest food on the planet. Aliens, if they exist, would be jealous of our pizza. That could actually be the reason for them eventually invading us – they don’t know how to make pizza and we do and they want all our pizzas!

So yeah, eat pizzas and wash them down with beer and vodka! Cheers from your patron saint.