I attended the funeral of my sister’s father-in-law this morning. Being from a Hindu family they ofcourse observed Hindu rituals, with slight differences than what people in my region observe. It’s been a while since I attended a funeral (for which I consider myself to be lucky); the last being in 2008 for my maternal grandma.

Once again I observed the almost disconnected rituals with seemingly no pause about the individual. These rituals always seem to be …..like followed just because of tradition and no concern over what the person was like. I’m sure its not this way to the believers but to me its a cold way to do a funeral. Rituals handed down from generation to generation and not once thought as to is it what is to be done or not. The only changes they make is they add gas to the fire so the body and funeral pyre wood burns quicker.

I do like the funerals where people speak about the individual who just passed away, share stories and incidents, and fondly remember them before the end of the ceremony. It seems to be the better way to remember the person and say a fond farewell. 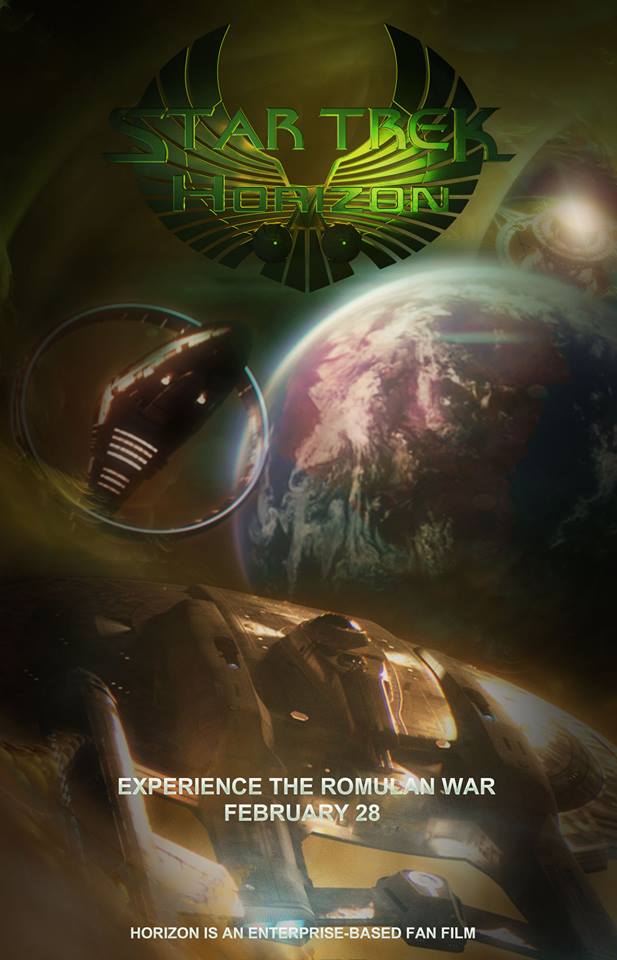 Another fan film with love to all fans of the franchise, Star Trek : Horizon is a 2015 film. Tommy Kraft was all of the following: director, writer, producer, editor, director of photography, he did the visual effects, he did the music, and he even was the costume designer. Set in the 22nd century, a little after the end of Star Trek : Enterprise the film and tells the tale of a sister starship of the same design, the NX-04 USS Discovery. The story sees the nascent Starfleet aided by the Vulcans & the Adnorians in a joint fight against the Romulan empire and brings back the Temporal Cold War elements that we saw in Enterprise.

We start the film 2500 years ago, when the last surviving members of a race legendary in the galaxy, the Iconians. They have been defeated by another race that created a super weapon called Horizon. The two Iconians take and hide the weapon so it cannot be used again. Back in 2160 the crew of the NX-04 Discovery is captained by Captain Harrison Hawke, who took command of the ship just as the war with the Romulan Empire began. T’mar, a Romulan defector bringing important tactical information to Starfleet and the crew of the Discovery are bringing her back to Earth when they are attacked by a trio of Romulan Bird of Preys. Although they are heavily damaged, the Discovery is able to defeat the Romuans with help arriving in the form of the NX-01 Enterprise. But the ship suffers some casualties, including the helmswoman Lt. Amelia Yarris who was swept away into the vacuum of space when a section of the hull is destroyed. Hawke reports back to Admiral Gardner back on earth as the ship is being repaired and is given new orders; T’Mar is also assigned as the Discovery’s new helms officer, a fact that does not sit well with the rest of the crew. They learn from T’mar that the Romulans are building a super weapon just two light-years from earth. A fleet of Vulcan and earth ships, including the newly repaired Discovery, head out to find and destroy the weapon, called Horizon.

Before the repairs are done, the senior officers share a toast to Amelia, with Hawke confessing to his second in command, Commander Jackson Gates, that he and Amelia were in love. The fleet comes under attack by Romulans, and it’s left to the Discovery to destroy the weapon with their new prototype torpedoes. The torpedoes cause an unexpected spacial rift to form, and Discovery is pulled through. The crew find themselves at the planet Horizon was brought to by the Iconians. While investigating a structure on the surface they are found by Daekon, a Romulan defector from the future and a combatant in the Temporal Cold War. We learn that he is the mysterious man from the future in the Enterprise series. Amelia turns up alive; she informs Hawke that she is from the 31st century and is a Temporal agent and was pulled away at the last moment by her colleagues before she was about to be killed. The crew of Discovery works to defeat him and finally completely destroy the weapon, bringing the Temporal Cold War to a close at long last. The ship returns back to earth and Amelia bids farewell to Hawke, hopeful that they will meet again someday.