I finally get to try out another iconic fast food franchise. Wendy’s does not have an outlet in Kochi or anywhere else in Kerala and that is why I had to try one while I was in Gurgaon. 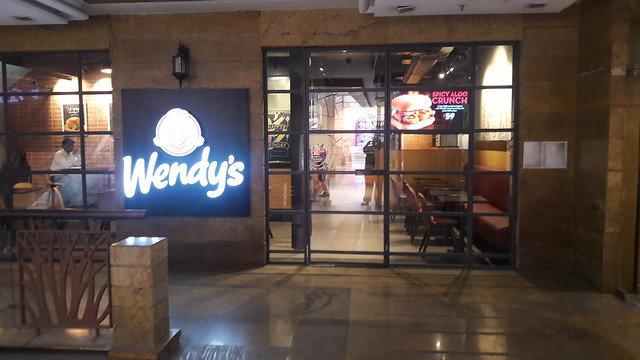 I love the decor and the tables and the chairs. It’s a really nice place. 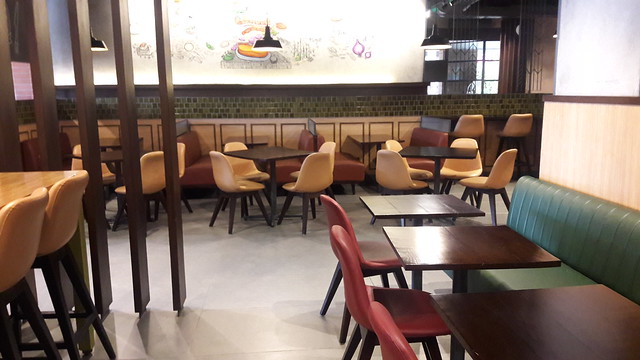 Ofcourse they do not serve any beef in their outlets in India. Just like every other national/international food franchises. Most of their menu is either chicken or paneer based patties. 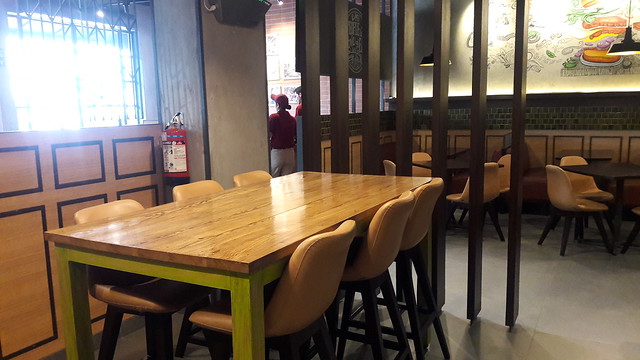 But they do have bacon and pork bacon at that. I ordered a Chicken Baconator and french fries with an iced tea. 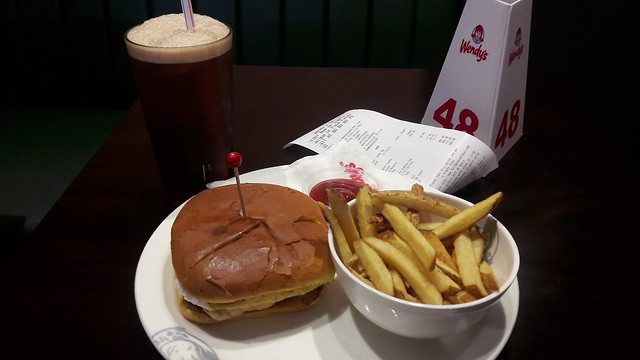 It was an awesome meal with that delicious bun, great chicken patty and bacon. Lip smacking and their fries are really good too. Iced tea was just ok. Enjoy the video.

The Force Awakens is set 30 years after Return of the Jedi and focuses on the search for Luke Skywalker who has gone missing several years ago. From the ashes of the Galactic Empire, the First Order has risen and is arming itself to defeat and wipe out the New Republic. Leia, or General Organa, leads the resistance that seeks to protect the Republic and fend off Supreme Leader Snoke, and his disciple the dark warrior Kylo Ren. Ren attacks the planet Jakku to get a chip that shows a map of where Luke currently calls home. He kills an elder named Lor San Tekka but the chip is in the hands of resistance leader pilot Poe Dameron who hides it in his driod BB8, when his ship is damaged and cannot take off. Poe is captured and taken to Starkiller Base, where Ren tortures him and learns of BB-8. Poe’s droid BB-8 escapes with the map, and encounters the scavenger Rey near a junkyard settlement. Ren tortures Poe using the Force, and learns of BB-8. Stormtrooper FN-2187, unable to bring himself to kill for the First Order, frees Poe, and they escape in a stolen TIE fighter; Poe dubs FN-2187 “Finn”.

They crash on Jakku, and Finn survives but is unable to determine if Poe did as well. He encounters Rey and BB-8, but the First Order tracks them and launches an airstrike. Finn, Rey, and BB-8 flee the planet in the Millennium Falcon, which they steal from a junkyard. The Falcon is then captured by a larger ship piloted by Han Solo and Chewbacca – the scene you see in the trailer that goes “We’re home” to the sound of a million fanboys & girls weeping) and he confronts Rey and & Finn but must now fight 2 groups of smugglers who are here to collect debts from Han. The 4 are able to escape and then go to the planet Takodana to get help from cantina owner Maz as the map is incomplete. Rey is drawn to a vault on the lower level and finds the lightsaber that once belonged to Luke and his father Anakin Skywalker. She experiences disturbing visions and flees into the woods. Maz gives Finn the lightsaber for safekeeping. While this is happening, Snoke orders his general to use the Starkiller weapon as he doubts Ren’s commitment to the cause due to his father Han Solo – Ren says Solo means nothing to him. Starkiller Base fires and destroys the Republic capital and fleet. The First Order attacks Takodana in search of BB-8. Han, Chewbacca, and Finn are saved by Resistance X-wing fighters led by Poe, revealing that he survived the earlier crash.

Leia with C3PO reunites with Han – they had separated due to Kylo going against the Jedi teachings of his uncle Luke and going to the dark side – and Chewy. Meahwhile, Ren captures Rey and takes her to Starkiller Base, but when he interrogates her about the map, she is able to resist his mind-reading attempts. Discovering she can use the Force, she escapes using a Jedi mind trick on a nearby guard. As Starkiller Base prepares to fire on D’Qar, the Resistance devises a plan to destroy the superweapon by attacking a critical facility. Leia urges Han to return their son alive. Using the Falcon, Han, Chewbacca, and Finn infiltrate the facility and plant explosives. Han confronts Ren, calling him by his birth name, Ben, and implores him to abandon the dark side. Ren kills Han, enraging Chewbacca who fires and hits Ren. He sets off the explosives, allowing the Resistance to attack and destroy Starkiller Base. Ren pursues Rey to the surface and they fight in the snow. A lightsaber battle between Ren and Finn ensues, leaving Finn badly wounded. Rey takes the lightsaber and uses the Force to defeat Ren, before they are separated by a fissure as the planet begins to disintegrate.

Snoke orders Hux to evacuate and bring Ren to him. Rey and Chewbacca escape with Finn in the Falcon. On D’Qar, the Resistance celebrates while Leia, Chewbacca, and Rey mourn Han’s death. R2-D2 awakens and reveals the rest of the map, which Rey follows with R2-D2 and Chewbacca to a distant planet. She finds Luke and presents him with the lightsaber. Is that his daughter? Dunno but probably yes. The movie ends without Luke having said a single word. Many critics praised the film and compared it favorably to the original trilogy. The film has since broken many box office records, becoming the highest-grossing installment of the franchise, the highest grossing film in North America, and the third highest grossing film of all time with a worldwide gross of more than $2 billion. It received five Academy Award nominations and four British Academy Film Award nominations, where it won Best Special Visual Effects. Two sequels, Episode VIII and Episode IX, are scheduled for 2017 and 2019 respectively.

Really? This movie that basically rips of the original movie in its storyline? What about Rey being able to use the force so quickly, less than a few hours after learning she might be a descendant of a Jedi or atleast have the force be really strong in her? Anakin couldn’t do it, Luke couldn’t do it! And Finn, a Stortropper suddenly grows a conscience? And Luke ran away when things got bad? Boo hoo hoo! I am not blown away but then what do you expect from JarJar Abrams, who likes to rip old stories into new and think he is smart! A 7.5 outta 10!