Finally, we have a Burger King in the city and state. I have waited so long for them to come to us. BK launched in India almost 2 years ago and I blogged about it at the time and ever since then I have been waiting eagerly. 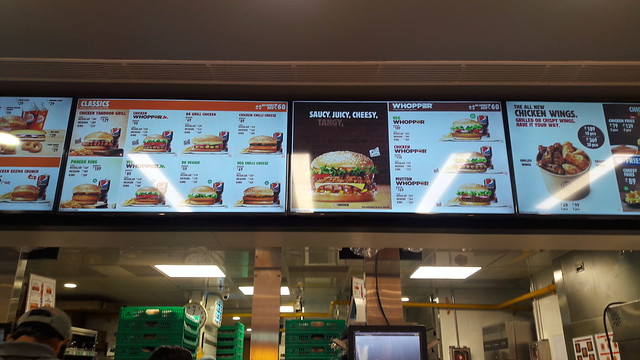 A couple of months back, I was informed by a post on Facebook about the sign in Lulu Mall that Burger King was launching their first outlet in Kerala – and I wanted to go there as soon as I could. They opened up just a few days ago (less than a week) and I picked this Friday to go and get me a Whopper. 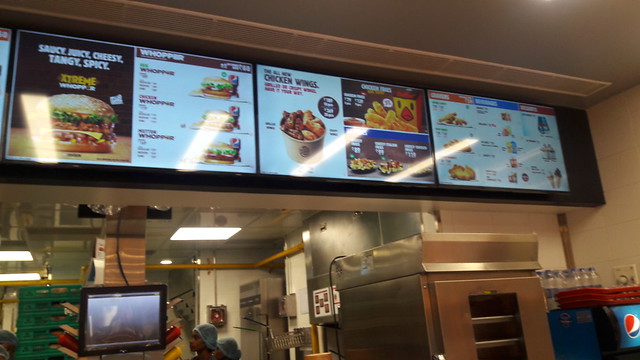 I like their decorations and their tables and chairs and the overall design. I just couldn’t get over the fact that yet another iconic American fast food chain is near me. I went in and looked at the menu and selected the Mutton Whopper (something BK India has done to get over the fact that national level restaurants in India will not be allowed to have beef on their menu). 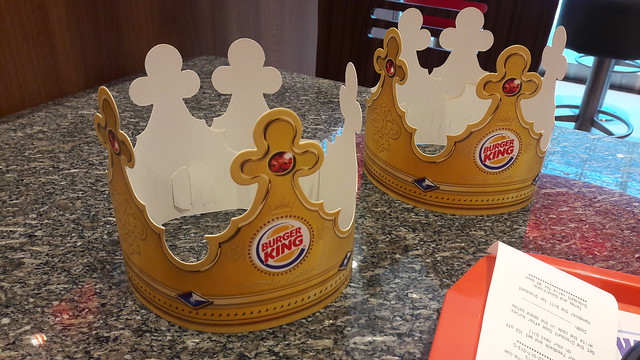 So they have these paper crowns with the Burger King logo on their tables. No way was I gonna wear one and look like a dork! But yeah kids will love them, cause kids are dorks! :D 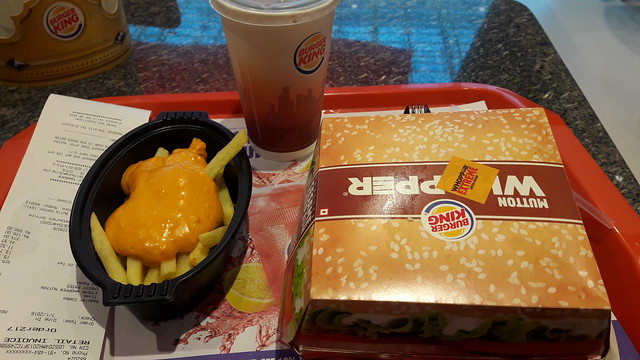 What I loved was the size of the Whopper, big enough that it needs that big box. As you can see I went for the meal combo. For sides I thought I should try a different type of fries and went for the Cheesy Fries. A big warm glop of cheddar cheese over these big fries (well bigger compared to McDonald’s fries. And for drinking I picked a pepsi. 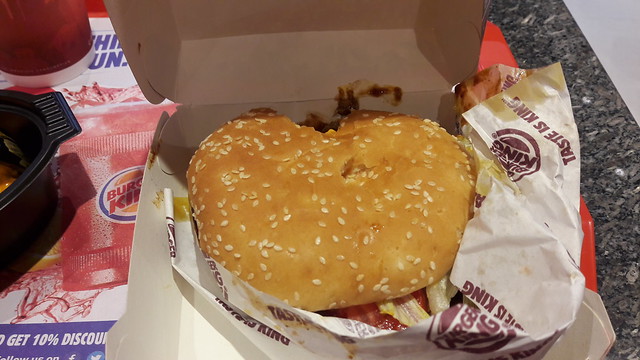 Here is the verdict; I won’t ever go for the Cheesy Fries again! The warm melted thick cheese was too much for me on the fries, which I could not really enjoy. I think they also should have fried it a bit more. I initially rated it high, as high as an 8 but went down to a 5 afterwards. I could only eat half of it despite the fact that I wasn’t full as it was past noon and I hadn’t had breakfast yet. The mutton whopper was much better but I wish they could have used a little less bbq sauce to make the burger less sloppy.

Overall I like it a lot. Will go there often for more and try out the various burgers.