Howdy Trekkies, let’s gear up for another much loved starfleet starship design. This one has a lot of similarities with the Galaxy class vessel, like the USS Enterprise D. This in fact can be called the sister ship to the Galaxy class. I am talking about the Nebula class starship. In particular this is the USS Honshu, as seen in an episode of Deep Space Nine. 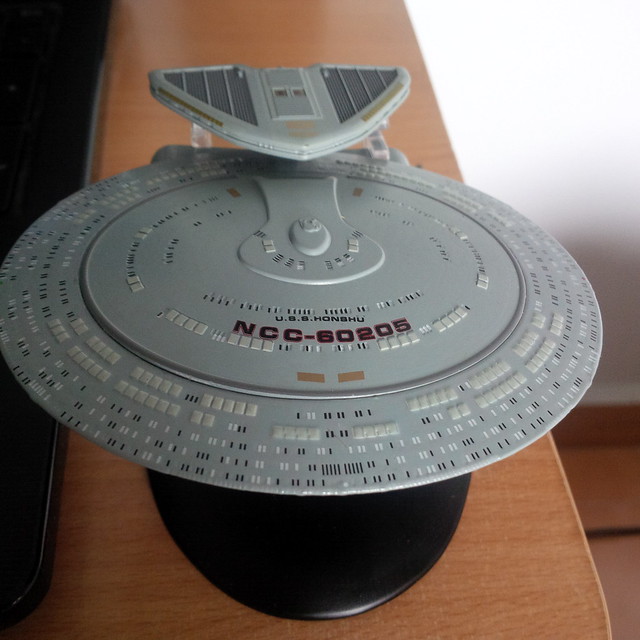 The Nebula-class was a type of Federation starship that was in service in Starfleet during the second half of the 24th century. Construction of the Nebula-class was spearheaded under the authority of the Yoyodyne Division, and ranged in construction dates from as early as 2363 to as late as 2367. Vessels including the USS Phoenix and USS Prometheus and the USS Sutherland were constructed at this time at both the 40 Eridani A Starfleet Construction Yards (the first two ships) and the San Francisco Fleet Yards, orbiting Earth. (TNG: “The Wounded”, “Redemption II”; DS9: “Second Sight” dedication plaques). 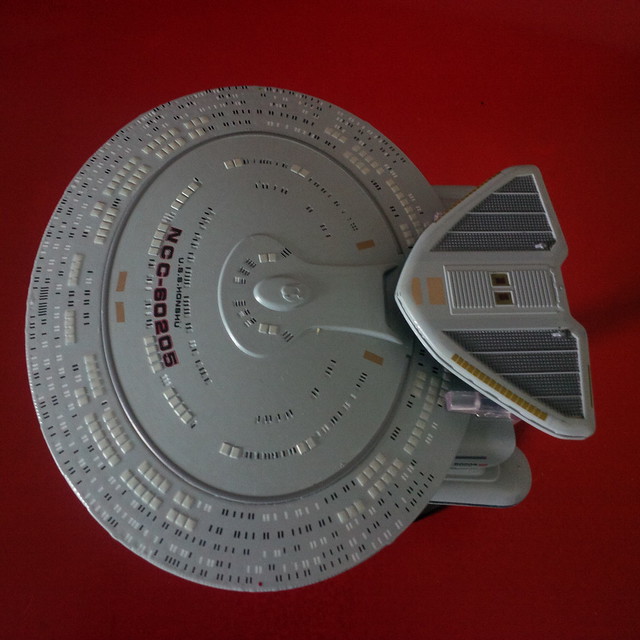 The mission profile of the Nebula-class varied from performing various scientific and exploratory roles to conducting patrol and transport duties. (DS9: “Second Sight”, “Explorers”; TNG: “Brothers” set artwork; TNG: “Sarek”, “The Game”). The Nebula-class was present in several major Federation engagements against the Borg, including the Battle of Wolf 359 and the Battle of Sector 001. (DS9: “Emissary”; Star Trek: First Contact) They were also present in numerous Dominion War battles, including the Second Battle of Chin’toka and Battle of Cardassia. (DS9: “The Changing Face of Evil”, “What You Leave Behind”). A Nebula-class starship, the USS Farragut was one of three ships sent to transport the crew of the USS Enterprise off Veridian III after the saucer section crash-landed due to a battle with a Klingon vessel. (Star Trek Generations). 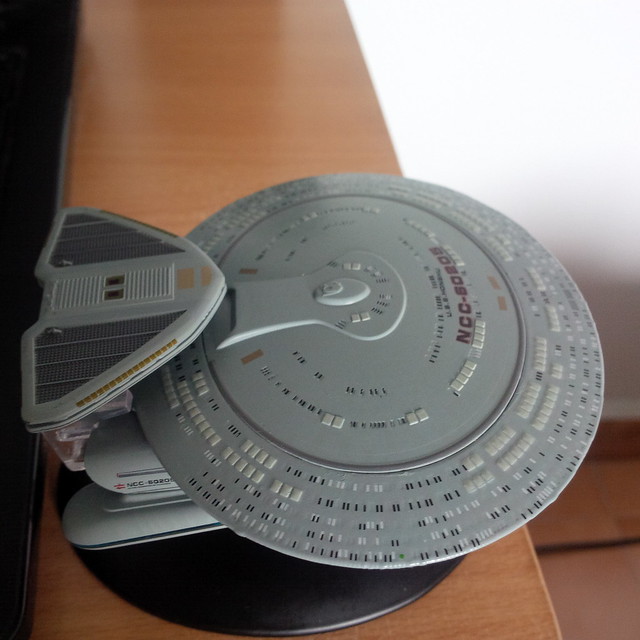 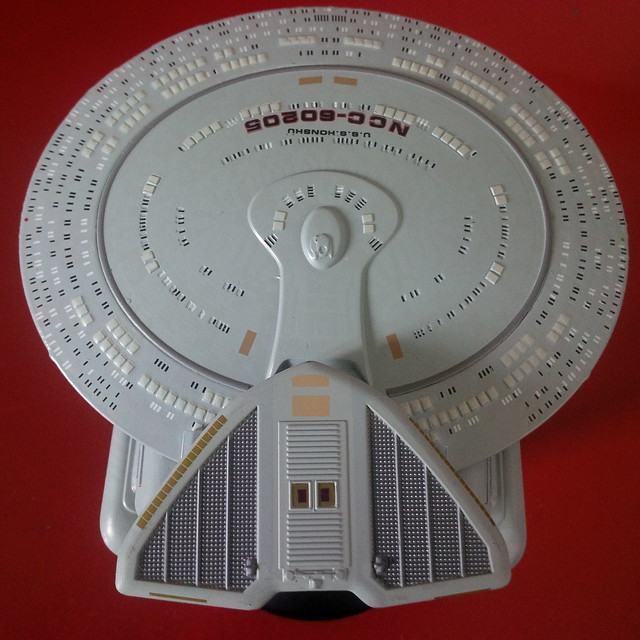 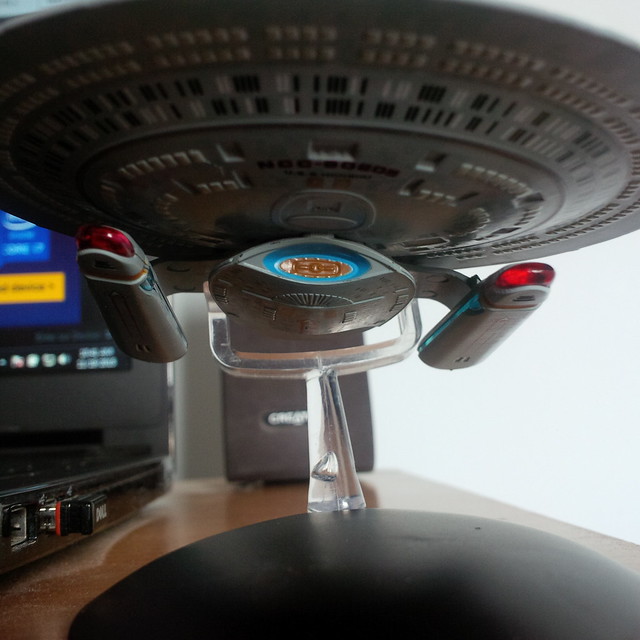 Nebula-class starships were equipped with a variety of auxiliary craft, including the Type 6 and Type 7 shuttlecraft, as well as the smaller Type 15 shuttlepod, and other large shuttlecraft. The USS Honshu (NCC-60205) was a 24th century Federation Nebula-class starship operated by Starfleet. In 2374, the Honshu was responsible for transporting former Cardassian leader Dukat to stand trial for war crimes at Starbase 621. Captain Benjamin Sisko was also aboard and was scheduled to testify at the trial. At approximately 1030 hours on the second day of the three day voyage, the ship was intercepted and destroyed by a wing of Cardassian destroyers. At least three of the starship’s escape pods and a shuttlecraft managed to escape. The USS Defiant and the USS Constellation were assigned to retrieve survivors. The Defiant recovered at least fifteen survivors, including Sisko. 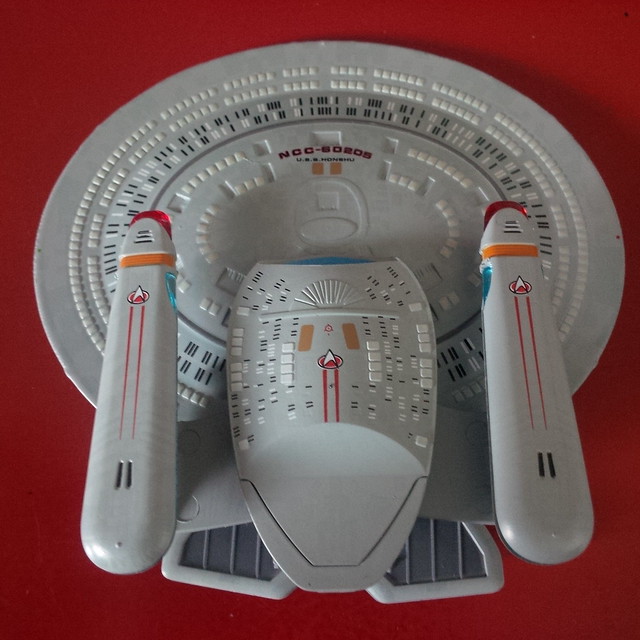 So that’s some information about the Nebula and the Honshu. I hope you like the various pics I have shot of the model. And here is the unboxing video as well. Enjoy.

What a week! Nothing in terms of significance or anything big but just the stuff that I had to go through. I went in to work at my usual shift on Monday, that being, 6:30 pm to 3:30 am. But I had to report back to work at 9:30 am the next morning and hence asked to be left early which I was finally able to do so just before 1 am. I reached home at 1:20 am and went to bed at 1:30 am and could not get out of bed in time so I arranged for my sessions to start only at 10 am. I had to drag myself off to work that morning.

Tuesday was a good day and I got to leave the office at 6:20 pm and even stopped at a small mall to enjoy a chicken burger and Pepsi. Good times! The next 3 days have been so tiring and long that I have had little free time and also have been so tired that I haven’t even blogged much or been online much. Wednesday and Thursday I had to stay back till 8:30 pm and I was wiped by the time I reached home. Friday I was to leave after 7:40 pm but I couldn’t get an Uber (the link was down) or an Ola which I was trying for the very first time. I had to wait till almost 9pm to get outta there via a cab that I called by a more expensive service.

And my health – I fell outta my bed last morning because I felt that something was crawling up my leg. It turned out to be my keys and my asthma inhaler which I had careless left on my bed and I was sleeping on it. Which caused me to have a pain in my lower back and on my thigh. And since I felt down and hurt my right elbow now my elbow hurts as well. And I have a cold and slight sore throat because of that cold and sneezing. So I might just stay back in this weekend as well. Stay in and relax and watch some movies and tv shows. I was planning on going for a movie or something but I guess not.