Official video for ‘Ghosts’ — the first single and title track off of Big Wreck’s new album. 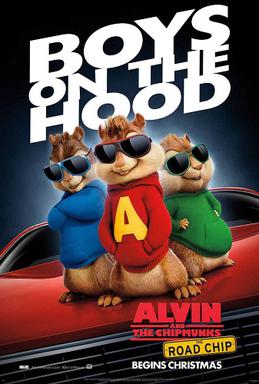 Alvin, Simon, and Theodore, along with The Chipettes – Brittany, Jeanette and Eleanor – set up a surprise birthday bash for Dave that also serves as a good luck party for The Chipettes, who are scheduled to be guest judges on American Idol. Alvin invites and hires many people and celebrities to the dismay of Simon, before Dave returns home in dissatisfaction. Nevertheless, Dave agrees to take them to mini-golf, and meet Samantha, the woman he has been dating for the past few months. While the Chipmunks like Samantha, her son Miles is a bully who physically abuses the trio. Later, the Chipmunks find an engagement ring in a bag Dave brought home and believe that he’s going to propose to Samantha. They try to steal the ring but are unsuccessful.

Dave says he is producing an album for rising pop star Ashley Grey in Miami and invites Samantha to go with him. They leave Miles with the chipmunks at Dave’s home and have Dave’s neighbour Ms. Price (Jennifer Coolidge) look in on them from time to time. The boys convince Miles to go with them to Miami and sabotage the wedding but they are busted by a Chimpunks hating air marshall en-route, who catches them trying to smuggle themselves in with Miles. The Chipmunks find themselves on the no fly list as a bunch of animals got freed from their cages on the flight. The Chipmunks head to a bar and perform, but this is interrupted by Suggs and they cause a bar brawl as a diversion. They jump into a cab sitting outside. After the cab driver learns they cannot pay him, he kicks the four out of the cab. The Chipmunks and Miles rest, and he reveals that his dad left him when he was five years old. hey raise money to take a bus to New Orleans, and sing “Uptown Funk”, which gets the attention of Dave when it is broadcast on live television, and allows for the Chipmunks to cause Suggs, who has followed them to New Orleans, to get drunk.

Dave and Samantha come to New Orleana and Dave has to drive the boys to Miami while Samantha & Miles fly. When Dave goes out to dinner with Samantha, Alvin reveals that he has stolen the ring. However, Miles had bonded with the Chipmunks and was upset that they were celebrating over this. He crosses the street with his headphones on and is almost hit by a car, but the Chipmunks swing Theodore and push Miles out of the way, saving his life. They agree to give the ring back. Suggs catches up with the Chipmunks, but they trap him in an elevator. Miles and the Chipmunks return the ring to Dave, who reveals he never intended to propose to Samantha, and the ring belonged to his friend Barry. Dave is very disappointed in the kids, so they try to make it up to him by singing a new song to him at the launch party with the help of The Chipettes, Ashley, and Miles. Dave forgives them, ofcourse how could he not, and they return home; stopping by on the way at the local courthouse so Dave can officially adopt them. Dave says that nothing could ruin his day, but returns home to see the squirrels had destroyed everything. He then screams Alvin’s name.

A fun time waster on a weekend afternoon or evening. I had a few laughs and some fun / cool moments. I give it a solid 7 outta 10!