Now here is a firm favourite of mine ever since I first saw this beauty on tv back in the early 2000s. During the mid-22nd century, the Klingon Empire operated a type of small warship known as the Klingon Bird-of-Prey. This class is one of the earliest class of starships encountered by Earth Starfleet during the early 2150s. The first encounter occurred on the outer perimeter of the Sol system in early 2153. Starfleet, however, had known of the existence of these ships as early as late 2151. 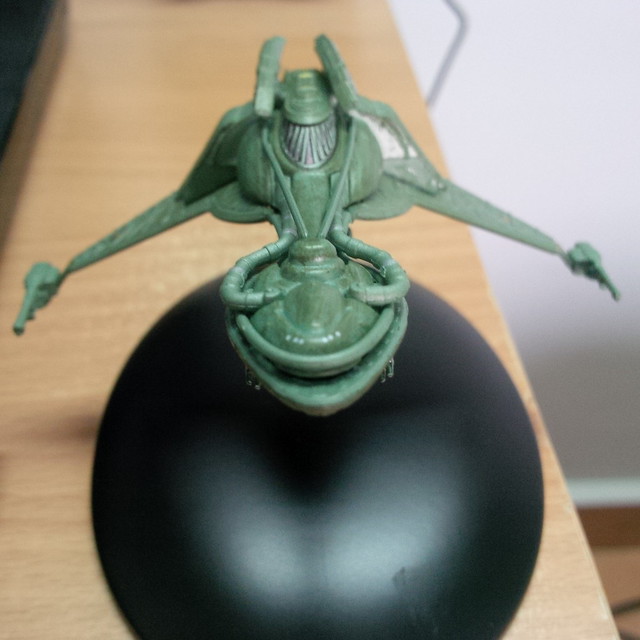 This Bird-of-Prey design was revamped over the next two centuries, and was used to represent several different variations of this class that were collectively known under the same name. Comparable in design to its sister classes, the Raptor-class scout and D5-class battle cruiser, the exterior design of the Bird-of-Prey utilized the same basic avian design, including vaguely feather-like hull plating on its wings. The bulk of the ship’s overall mass was incorporated in the aft section of the ship. The bridge module was located on a bulbous forward section, which was separated from the aft section by a relatively thin ‘neck’ that attached to and flared into the aft portion which swept down below the main body, forming wings. 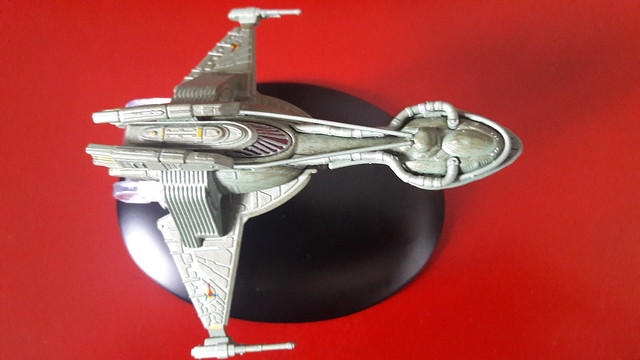 Located on the caudal section of the ship were the ship’s shuttlebay, impulse engines and two warp nacelles. The port and starboard nacelles were directly connected to the extreme upper aft section of the ship, perpendicular to the impulse engine. (ENT: “The Augments”, “Divergence”) The offensive arsenal of the Bird-of-Prey was rather impressive, for the time, as the ship possessed at least eight forward disruptor banks, including a twin pair of neck-mounted disruptor cannons, a pair of wing-tip mounted disruptor cannons, and a 360º rotating turret containing twin belly-mounted disruptor cannons. The class was also equipped with dual photon torpedo launchers, positioned fore and aft, and defensive shields. (ENT: “The Expanse”, “Borderland”, “Cold Station 12”) This class, however, had minimal aft weapons. 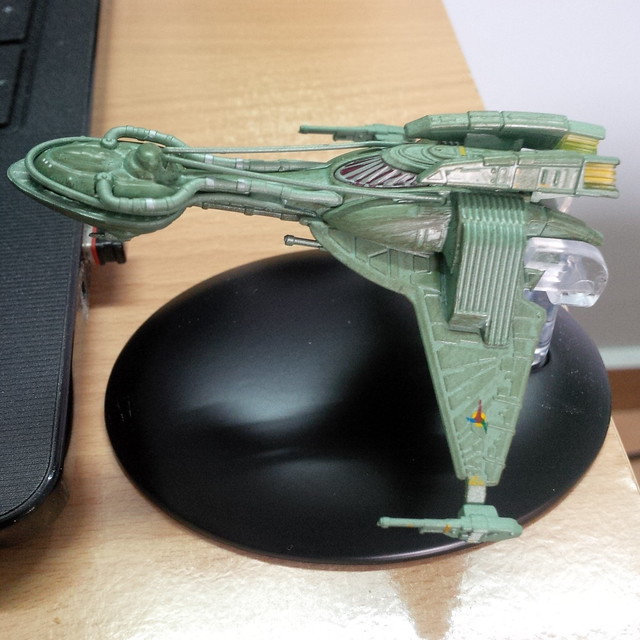 Prior to the refitting of Enterprise, one Bird-of-Prey was more than a match with the NX-class; however, it was unable to repel three older Earth vessels at one time. After Enterprise was upgraded, it was nearly an even match with the Bird-of-Prey. (ENT: “The Expanse”) This class of Bird-of-Prey could outgun an Orion Interceptor, two to one. (ENT: “Borderland”) This class of vessel was equipped with tractor beam technology. It had one emitter located on the underside of each wing that, when used in conjunction, could be used to manipulate a ship to its belly docking port. (ENT: “Borderland”) Unlike the Raptor class, this class of Bird-of-Prey was equipped with escape pods. The Bird-of-Prey’s escape pod hatch was also located on the belly of the ship. (ENT: “The Augments”) 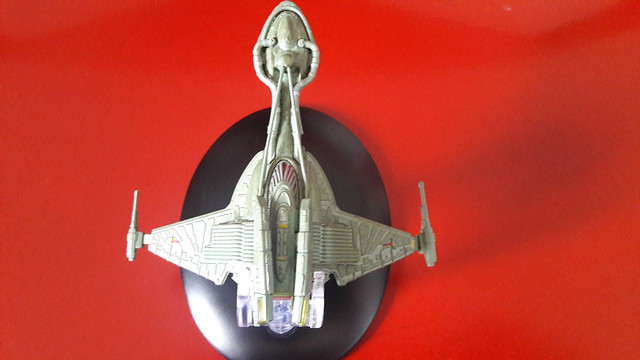 One major flaw of the Bird-of-Prey’s design was found at the nape of the ship’s neck and primary hull; a direct hit on the main plasma junction, located above the sensor array, could disable the entire power grid. (ENT: “The Augments”) The shuttlebay was located on the extreme aft of the ship, directly below the impulse engines. It was large enough in capacity to store a Denobulan medical ship. (ENT: “Cold Station 12”, “The Augments”) Like the Raptor-class scouts of this era, live food was kept aboard these Birds-of-Prey in the targ pits, presumably adjacent to the galley. 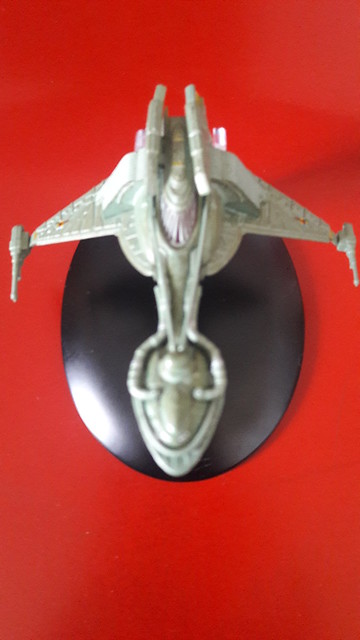 Located in the “head” of the forward section of the vessel, the bridge, which was plated with dispersive armor, was one of the most protected sections of the ship. (ENT: “The Augments”) The configuration of the Bird-of-Prey’s main bridge shared with many features found in contemporary designs. In the front of the bridge, against the forward bulkhead, was the ship’s viewscreen. Directly behind the viewscreen, near the center of the bridge was the captain’s chair. Directly behind the captain’s chair, was the entryway to the bridge, with two manned consoles located on either side of the doorway. Along the perimeter of the bridge were several stations, each designated for a specific task.

Chicken Rolls from Kaishek – a small hole in the wall snacks and coffee shop.

How do you handle conflict? Boldly and directly? Or, do you prefer a more subtle approach?

I think it depends on the situation and where you are and who is with you or without you. It blows my mind as to how confidently and arrogantly with a lot of boisterous aplomb some people, mostly guys, will strut and huff and puff when surrounded by a group of their cronies but when it’s them one on one or with just a single crony or two, they calm down and may seem quite docile and humble and reasonable.

So I would say let’s do more one on ones or small groups of around the same size to see what I would feel is a more balanced debate. Also let’s be bold but not harm anyone or make it seem too personal. Let’s try and keep it non-confrontational and respectful but also call a spade a spade.