Here is one ship which I almost didn’t remember despite watching Enterprise 3 times. It’s one of those things that skips your mind unless you are looking for it or if your imagination is captured by it. Yet, now this design and class of ship is a big favourite. It’s also a ship that seems to complement the hero ship of that series, the NX-01 Enterprise or the NX class. The SS Intrepid, also known as UES (United Earth Starfleet) Intrepid, was an Intrepid-class United Earth Starfleet light cruiser starship in service during the mid-22nd century, under the command of Captain Carlos Ramirez. 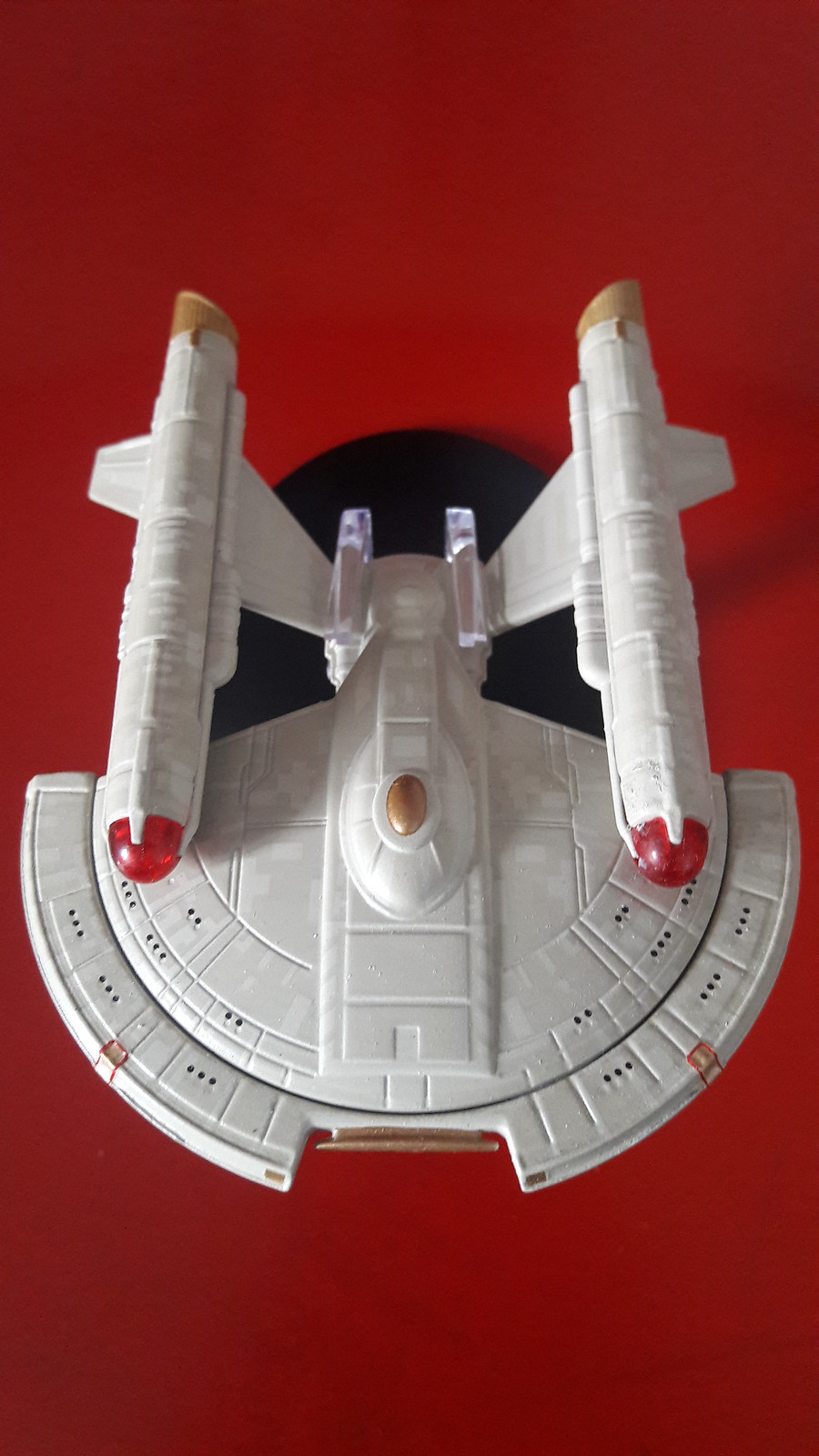 The Intrepid, first ship of its class, entered service around the year 2153. (ENT – Rise of the Federation novel: A Choice of Futures) In April 2153, the Intrepid and two other starships came to the rescue of the Enterprise (NX-01) when it was attacked by a Klingon Bird-of-Prey as it entered the Sol system. (ENT episode & novelization: The Expanse) In 2154, the Intrepid was part of a fleet of starships that welcomed back the Enterprise to Earth following its successful mission in the Delphic Expanse. 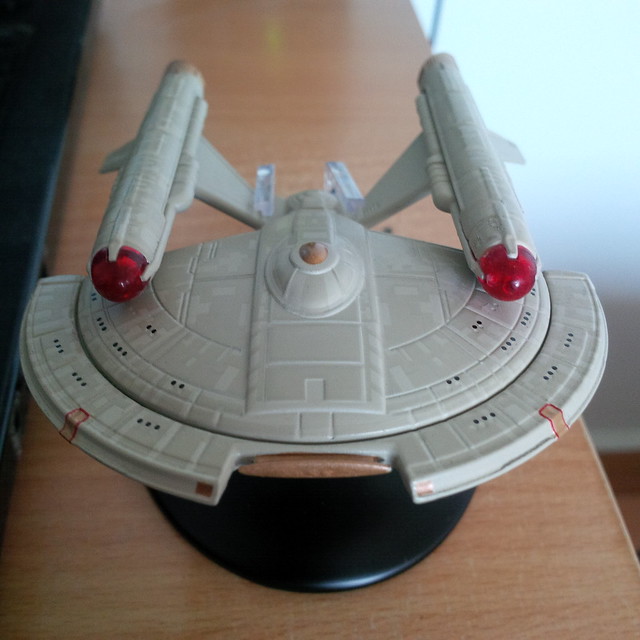 In 2156, the Intrepid was part of a war game in which a shuttlepod from the Enterprise penetrated the warp detection grid in the Sol system, displaying the weakness which had been exploited by the Romulans in other systems. The Intrepid was also part of the United Earth Starfleet armada that retook Berengaria VII from the Romulan Star Empire on April 2. (ENT – The Romulan War novel: Beneath the Raptor’s Wing) In October that year, Captain Bryce Shumar was in command of the Intrepid. The Intrepid helped taking the half-finished hulks from the Utopia Planitia shipyard to a hiding place. On October 10, Admiral Mindar led ten Romulan warbirds into the Battle of Sol. The Intrepid hemmed in several ships behind Mars. A total of six Romulan ships were destroyed, the remainder retreating. The Intrepid suffered major damage and returned to Earth on impulse power. Starfleet Command had recalled Crewman Terry Stiles, the Intrepid’s chef, because he was the last surviving member of the Stiles family in service. Unfortunately, Crewman Stiles died in the battle before the order could be carried out. 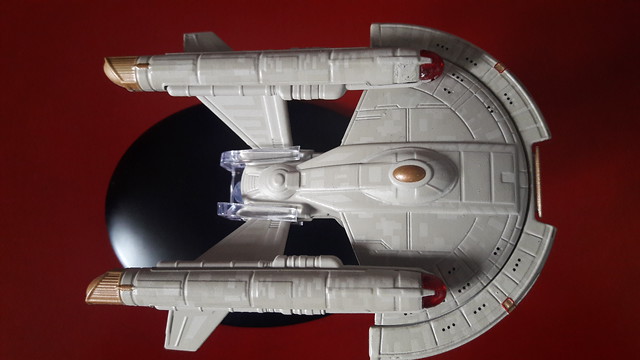 In 2159, the Intrepid along with Enterprise and Republic escorted a supply convoy in the Vorkado system where they were attacked by a Romulan ship. In the ensuing battle the Intrepid and the Republic suffered severe damage. Among the few casualties was Captain Ramirez. (ENT – The Romulan War novel: To Brave the Storm) By 2161, the Intrepid had been succeeded in name by the Intrepid (NX-07). (TNG novel: Indistinguishable from Magic) 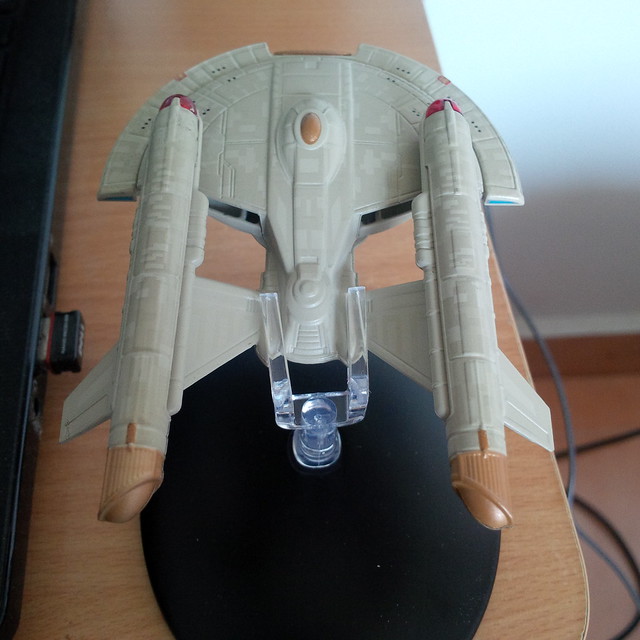 In an alternate timeline where Earth was successfully destroyed by the Xindi’s superweapon, the Intrepid was one of the few Starfleet vessels to survive the attack and subsequent Xindi attempts to wipe out the rest of Humanity. Along with the Enterprise and one other Starfleet ship the Intrepid escorted the last surviving six-thousand Humans to the Ceti Alpha system and patrolled the system once a colony had been established on Ceti Alpha V. In 2165, Captain Malcolm Reed was due to replace Ramirez as commander of the Intrepid, but was killed while aboard Enterprise when the Xindi attacked. The Intrepid was also involved in the battle, and was severely damaged, with its port nacelle severed. (ENT episode: “Twilight”) 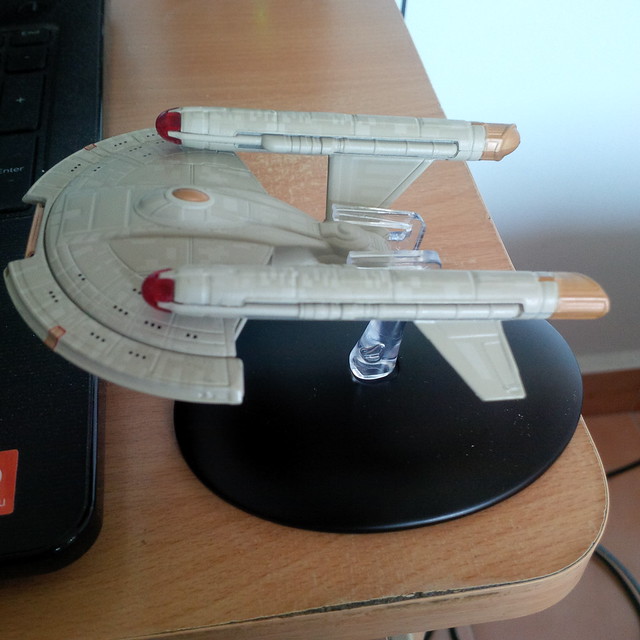 If you look at the ship it;s like a cutaway of the NX class, which in a way makes the Intrepid class the Nebula class of this era. Awesome looking design and it’s a good model. Hope you like the pics and enjoy the unboxing of the SS Intrepid.