Up next is a monster. The Krenim Temporal Weapon ship from Star Trek Voyager. The Krenim weapon ship was a weapon developed by the Krenim Imperium some time around 2174 and constructed sometime afterwards. Its design and construction was spearheaded by Annorax, a military temporal scientist. The design of a weapon that pushed targets out of the space-time continuum, thus negating the events involving the target, and the construction of a ship to house it, was overseen by Annorax in the 22nd century. In the 2170s, the weapon ship was activated and used against the Rilnar, the primary enemy of the Krenim Imperium at the time. This temporal incursion restored the preeminence of the Krenim, but unexpectedly also resulted in a plague that cost over fifty million Krenim lives. Annorax attempted to rectify his error with a second incursion, but inadvertently erased the Krenim colony at Kyana Prime and with it his beloved wife. 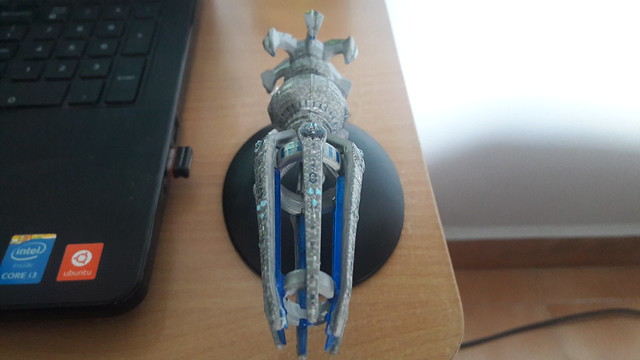 Annorax continued to alter history with the weapon ship over the next two centuries, obsessed with restoring his wife. Among the civilizations he eliminated were the Alsuran Empire, the Malkoth, the Zahl, the Garenor, and the Ram Izad. The weapon ship was also employed against the Federation starship USS Voyager (Component 049 Beta in their calculations). Voyager had been passing through what in a previous timeline had been Zahl space when Annorax used the weapon to erase the Zahl, turning Zahl space into Krenim space. Attacked repeatedly by Krenim warships using chroniton torpedoes against which their deflector shields were useless, they were forced to develop temporal shields to use against the torpedoes. These shields disrupted the precise calculations Annorax’ crew had made to direct the results of their temporal incursion against the Garenor. This caused the incursion to “miss”; instead of the desired results, that is, the restoration of all of Krenim territory, including Kyana Prime, a timeline was created in which the Krenim Imperium never existed at all. This was, of course, totally unacceptable, and thus Annorax turned the weapon on Voyager. Voyager, however, was able to escape by going to warp speed, taking advantage of its faster warp capability to outrun the weapon ship. 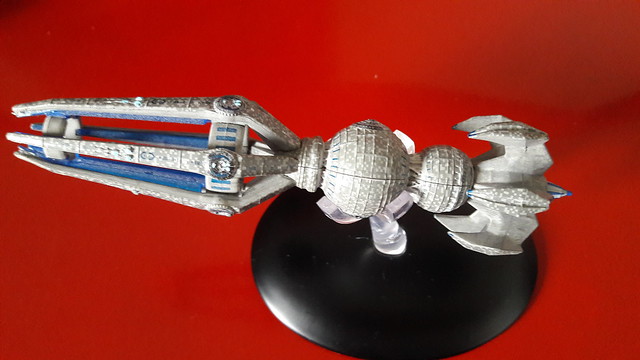 The weapon ship itself was eventually erased from history when Voyager, all but destroyed by Krenim attacks, led a small fleet, composed of two Mawasi cruisers and three Nihydron warships, against it. Tired of the seemingly endless and futile mission, some of the crew, led by Annorax’ second in command, Obrist, shut down the temporal core. This caused the ship to phase back into normal space time, so that conventional weapons could affect it. Though the vessel’s conventional weapons were limited, they were still enough to overpower the attackers. However, Voyager’s captain, Kathryn Janeway, was aware of the exact location of the ship’s temporal core. Alone on her ship after being forced to order the rest of her crew to abandon ship due to its ruined state, she piloted it into that section in a kamikaze attack, causing the core to destabilize. This exploded the weapon ship and, moreover, caused a temporal incursion that erased the ship itself from history, and with it, every one of the alterations in the timeline it had ever made. Ironically, this had the effect of accomplishing exactly that which Annorax had been attempting to do for centuries; Kyana Prime was never erased, and Annorax never lost his wife. 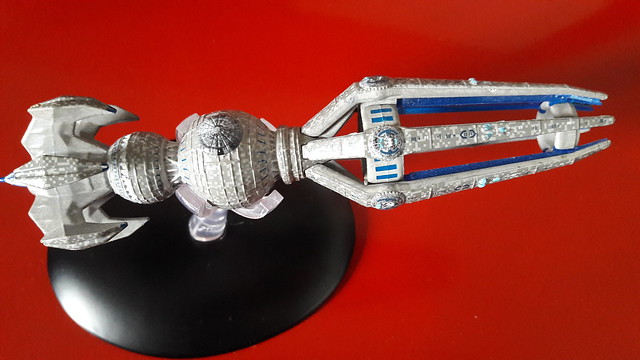 Its main weapon was a beam that pushed objects out of the spacetime continuum, effectively erasing them from history. Careful and meticulous calculations were required to create the exact changes in the timeline that were desired. The ship could be deployed against an entire species by firing the weapon on the species’ homeworld, pushing the species out of the spacetime continuum. This caused a causality paradox; all of history the species played any part in would be altered. The following gallery is an illustration of the method of operation, in which the weapon was used against a colony. 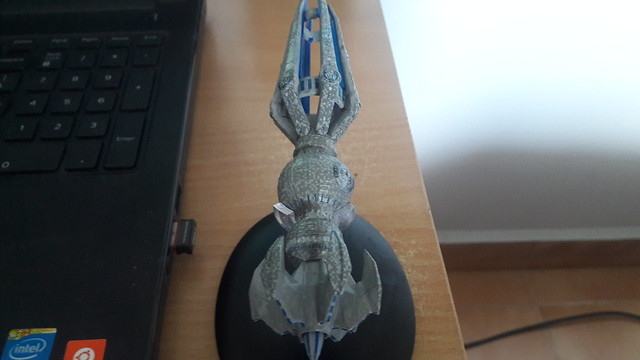 So that’s it about this ship from the best two part episode of Voyager and some would say one of the very best in all of Star Trek. Hope you like the pics. And here is the close up video of the model