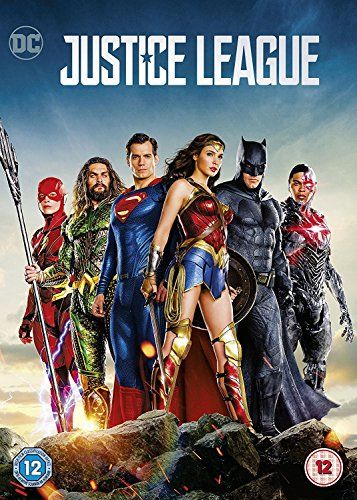 Justice League is a 2017 American superhero film based on the DC Comics superhero team of the same name, consisting of Batman, Superman, Wonder Woman, Flash, Aquaman and Cyborg. Distributed by Warner Bros. Pictures, the film is the fifth installment in the DC Extended Universe (DCEU). The film is directed by Zack Snyder with a screenplay by Chris Terrio and Joss Whedon, from a story by Terrio and Snyder. It features an ensemble cast that includes Ben Affleck, Henry Cavill, Amy Adams, Gal Gadot, Ezra Miller, Jason Momoa, Ray Fisher, Jeremy Irons, Diane Lane, Connie Nielsen and J. K. Simmons.

Thousands of years ago, Steppenwolf and his army of Parademons attempt to conquer and remake Earth through the combined energies of the Mother Boxes. They are foiled by a unified army that included the Olympian Gods, Amazons, Atlanteans, ancient humans, and Green Lanterns. After repelling Steppenwolf’s army, the Mother Boxes are separated and hidden in locations around the world.

Everyone else did a find job. The story was ok, the fight scenes were pretty good and the laughs were well timed. We had fun watching it in the theatre. And that’s all we can ask for. I liked the special effects and the script though I felt that it would have been better if they had the movie be longer than it was. 8 outta 10!

Arsenal closed to within a point of Tottenham and maintained their arch-rivals’ miserable record at Emirates Stadium with a comfortable north London derby victory. The pressure was on Arsene Wenger and the Gunners as they trailed Spurs in the Premier League table – but they responded in style and were superior in all areas of the pitch to win with plenty to spare. Shkodran Mustafi headed a free-kick powerfully past Spurs keeper Hugo Lloris in the 36th minute after referee Mike Dean had contentiously penalised Davinson Sanchez for a challenge on Alexis Sanchez. The German defender also looked to have been offside.

Arsenal’s domination was underlined five minutes later when Sanchez finished emphatically at the near post, effectively securing the Gunners’ first league win over Spurs since 2014. Tottenham – who have only once in 12 league visits to the Emirates – suffered with Harry Kane, looking well short of match fitness after missing England’s friendlies against Germany and Brazil with a hamstring injury, rarely threatening, although Arsenal keeper Petr Cech saved athletically from Eric Dier’s late header.

Wenger has mysteriously often decided against using Ozil, Lacazette and Sanchez as a potent three-pronged attack this season. This was only the third time he has used the three players together and the combination’s potential and threat was obvious as Spurs were outplayed for most of this north London derby. It also begged the question why it was not used – with £52m Lacazette the most obvious victim of Wenger’s selection policy – in the 4-0 thrashing at Liverpool and the 3-1 loss at Manchester City earlier this season. The France striker is already a popular figure among Arsenal fans, as proved by the fierce jeering when he was replace by Francis Coquelin with 17 minutes left, while Sanchez and Ozil have long been providing the attacking class for the Gunners.