Veteran tv actor Donnelly Rhodes died on 8th January. A character actor with many Canadian & American television and film credits, Rhodes is probably best known to American audiences as the hapless escaped convict Dutch Leitner on the ABC soap opera spoof Soap. Rhodes was well known to Canadian audiences as Sgt Nick Raitt in the CBC TV series Sidestreet (1975-1978 ) and as Grant “Doc” Roberts in another CBC TV series called Danger Bay (1985-1990). The Winnipeg-born actor received numerous accolades, including a Gemini award for his role as Det. Leo Shannon in the drama Da Vinci’s Inquest in 2002 and a Gemini Earle Grey Award for Lifetime Achievement in 2006. He also starred as Doctor Cottle on the Sci Fi Channel television program Battlestar Galactica (2004).

Born and raised in Winnipeg, Manitoba, Rhodes, is a graduate of the National Theatre School of Canada. Rhodes appeared in the Season 4 episode “The Mastermind” of Mission: Impossible on CBS in 1969. In 1973, Rhodes co-starred in an episode of the sci-fi drama The Starlost (Episode 12, ‘The Implant People’ ). He played Phillip Chancellor II in The Young and the Restless from 1974 to 1975 and from 1978 to 1981 he played escaped convict Dutch Leitner on Soap. In 1980, he played a Franciscan priest in the concluding episode, “The Siren Song”, of the CBS western miniseries The Chisholms. In 1982, he played Leo, a bar patron on Cheers. 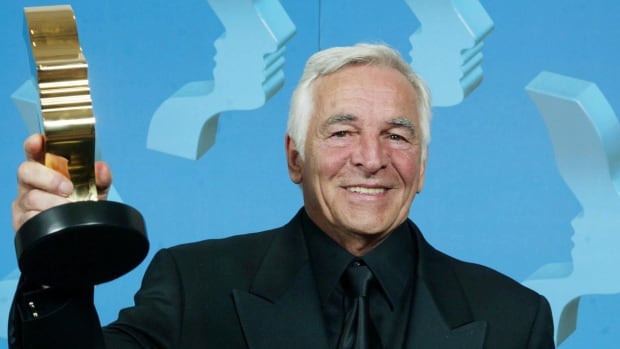 He starred as Arland D. Williams Jr. in the television disaster film Flight 90: Disaster on the Potomac, the first time I ever remember watching him and it was a film we had recorded on VHS. In 1987, he made a guest appearance on The Golden Girls as Jake Smollens, the handsome but rough-around-the edges caterer for Blanche’s (Rue McClanahan) hospital charity banquet. In 1988, he guest starred on Empty Nest as Leonard, an old friend of the main character, Dr. Harry Weston (played by fellow Soap alumnus, Richard Mulligan), who dates Harry’s daughter, Carol (played by Soap alumna Dinah Manoff).

In 1991 he played the “Prodigal Father” in an episode of Murder She Wrote. In 1993, he played Jim Parker in “Shapes” (Season 1, episode 19) of The X-Files. For seven years (1998-2005) he played Detective Leo Shannon on Da Vinci’s Inquest. He played the character Milash in an episode of Smallville in 2008. On Battlestar Galactica (2004-2009) Rhodes played Chief Medical Officer Dr. Cottle who, ironically (as a doctor), smoked cigarettes in most scenes. Most recently Rhodes played Mr. Decker, Rufus Decker’s father, in the two seasons of The Romeo Section on CBC in 2015-2016.

A nun and a priest were crossing the Sahara desert on a camel. On the third day out the camel suddenly dropped dead without warning. After dusting themselves off, the nun and the priest surveyed their situation. After a long period of silence, the priest spoke.

“In fact, I don’t think it likely that we can survive more than a day or two.” “I agree.”

“Sister, since we are unlikely to make it out of here alive, would you do something for me?” “Anything father.”

“I have never seen a woman’s breasts and I was wondering if I might see yours.” “Well, under the circumstances I don’t see that it would do any harm.”

The nun opened her habit and the priest enjoyed the sight of her shapely breasts, commenting frequently on their beauty. “Sister would you mind if I touched them?” She consented and he fondled them for several minutes.

“Father, could I ask something of you?” “Yes sister?” “I have never seen a man’s penis. Could I see yours?” “I supposed that would be OK,” the priest replied lifting his robe. “Oh father, may I touch it?” This time the priest consented and after a few minutes of fondling he was sporting a huge erection.

“Sister, you know that if I insert my penis in the right place, it can give life.” “Is that true father?” “Yes it is, sister.” “Then why don’t you stick it up that camel’s ass and lets get the hell out of here.”