Last night after work, I wanted to go to Dominos in Ravipuram but they were already closed (it was just after 10pm) and I was starving. I happened to see that there was a new, barely one month old, Burger Hut on the opposite side of the road. Alright, I’ll go in for their cheap and simple burgers. While I placed my order I also asked them what the deal was with this whole Burger Hut vs Burger Hutz thing. The guy there said that they were one franchise originally and then later they split up though their menu, logo and overall look was quite similar. Those Hutz do not seem to have fried chicken and wings while Hut does not have momos. Weird! 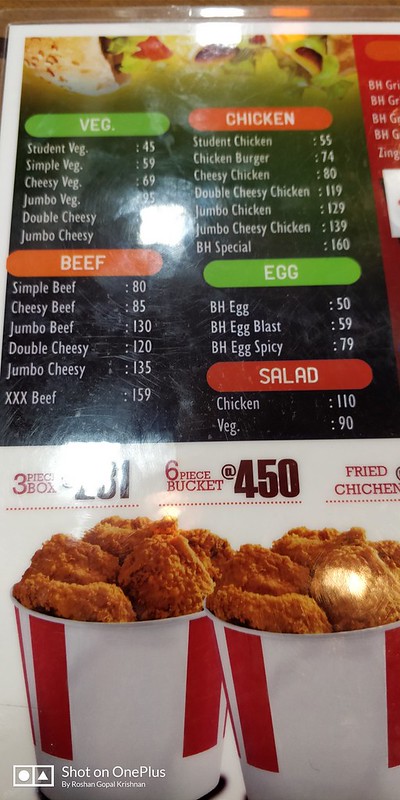 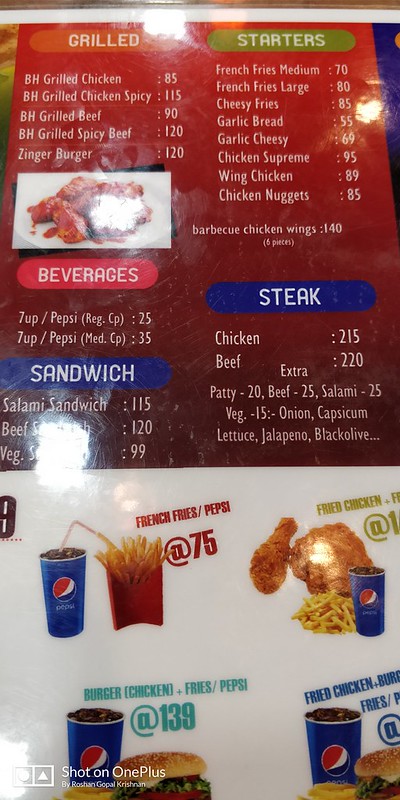 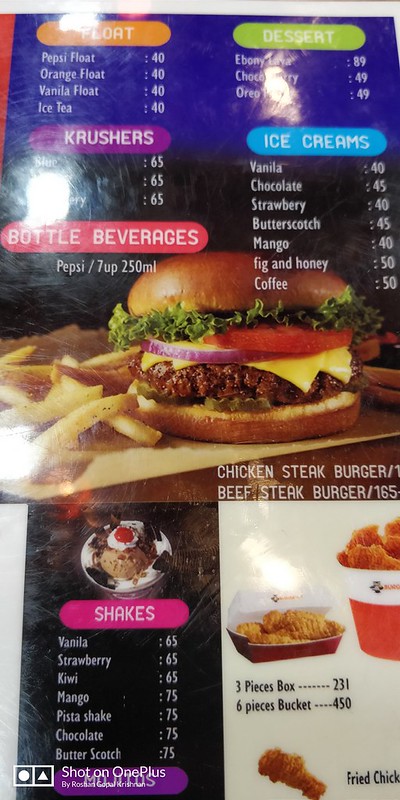 Anyways, I had the double cheesy burger with a mango shake and medium french fries. The shake was a very generic almost vanilla shake with mango syrup squeezed in. Tasted very bland. It was just about ok. The fries were fresh and hot and I liked them. It comes with a little mayo. Burger was ok, decent and not something you’d tolerate in one of the bigger places like TBJ or Cocoa Tree but still satisfying in a way. I hate that they add lots of ketchup in their burgers – I don’t like ketchup with burgers! Odd since I normally add ketchup with anything and everything. Fried rice, noodles, sandwiches, heck once I even added ketchup to a biryani (I know, kill me). 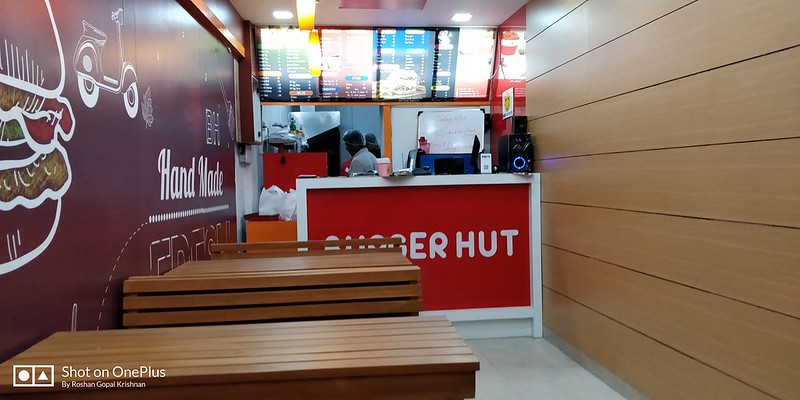 Light on the wallet and a good choice when you stuck to get something to eat late at night. They have delivery too!