Write a headline you’d love to read in tomorrow’s newspaper.

I dunno, there’s more than one thing that I would love to see happen and in the newspaper.

“Aliens have landed and they want to help us with technological & scientific advancements!” or “We have found other planets with sentient life and we’re going for a visit.”

“Gods are not real and you can finally get rid of your religious books!”, “The world chucks out religious beliefs in favour of humanism and taking care of each other” “All religious buildings to be close and converted to libraries/pubs/theatres/animal shelters”.

Some of these will be fine.

Prompt from 52 Writing Prompts to Inspire Your Next Blog Post 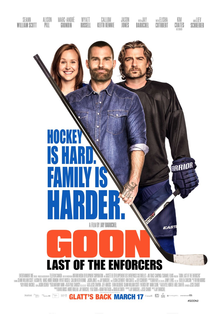 With a busted by shoulder, Doug retired after a party in his honour and goes to join a more stable job as an insurance firm in their supplies section. Doug’s wife Eva is pregnant and they both prepare of the birth and life as new parents. Without Doug, the Highlanders go on a long losing streak, prompting the owner to push for changes. He signs several overseas players and pushes to add his own son to the team. Hyrum foresees Anders as the new captain of the Highlanders, and although the coach disagrees with the move, anticipating locker room dysfunction, Hyrum strong arms him into making Anders the new captain. Doug is missing the game and his Highlanders and goes to his old rival now friend Ross “The Boss” Rhea, who has left hockey and now competes in a hockey fighting league, where he is the current champion.