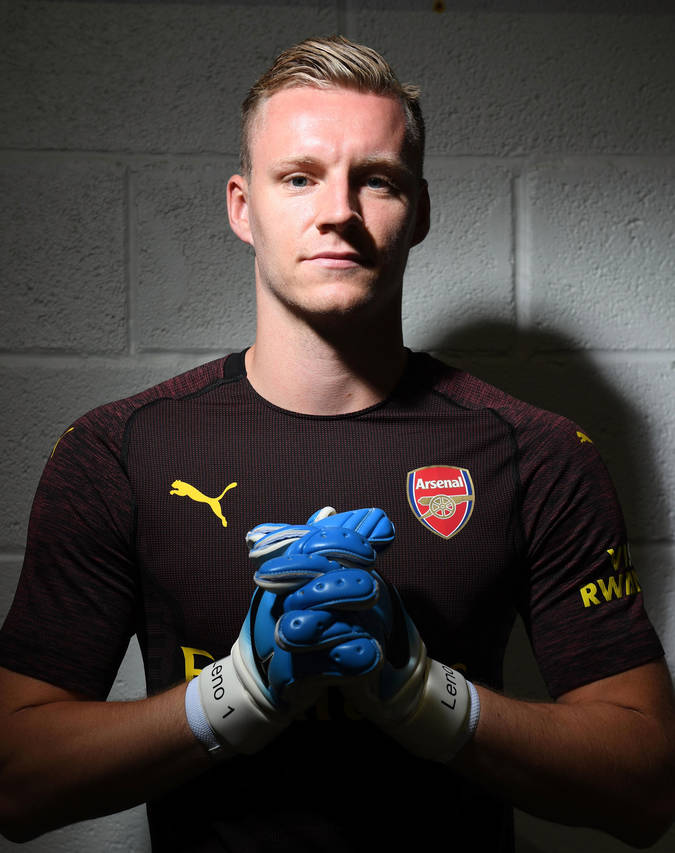 The highly-rated 26-year-old made more than 230 appearances for Leverkusen in more than seven seasons with the Bundesliga side.

Spending most of his youth career at Stuttgart, Leno signed for Leverkusen in 2011 and that September became the youngest goalkeeper to feature in a Champions League match at the age of just 19 years and 193 days, during Leverkusen’s group-stage game against Chelsea.

A Germany international, Bernd received his first senior international call-up in 2015 and has since won six caps for his country. Last year he was part of the Germany squad that won the 2017 Confederations Cup. Leno, 26, moves to the Emirates Stadium as the club continue to reshape both the squad and off-field structure following the arrival of Emery in May as new head coach to succeed Arsene Wenger.

“For me it’s a dream to play for Arsenal,” Leno said on the Premier League club’s official website. In Germany, Arsenal are so famous and when I heard it (transfer), I was a little bit nervous, but at that moment it was clear for me: I wanted to sign for Arsenal.” Emery described the German as “a goalkeeper of high quality and experience”, but it remains to be seen whether he will directly compete with both veteran Petr Cech and David Ospina, who is away at the World Cup with Colombia. Arsenal added that the German’s shirt number “will be announced in due course”.

Swiss defender Stephan Lichtsteiner has arrived on a free from Juventus, while midfielder Granit Xhaka has signed a new, long-term contract along with 20-year-old winger Ainsley Maitland-Niles. A potential £27million deal for Sampdoria midfielder Lucas Torreira, who is with Uruguay at the World Cup, is understood to be in the pipeline along with a transfer for Borussia Dortmund centre-back Sokratis Papastathopoulos.

Jack Wilshere has confirmed he will leave Arsenal when his contract expires on July 1 after new boss Unai Emery failed to give him assurances of regular playing time. After an extensive meeting with the Spaniard, Wilshere says he was informed his game time would be “significantly reduced” and he insists he needs to be playing regularly at this point in his career. The 26-year-old revealed he even agreed to sign a financially reduced contract after several months of negotiations in order to commit his future to the club at which he has spent the past 17 years. On Instagram, Wilshere said: “Following a number of extensive conversations with those at the club, and in particular a recent meeting with the new manager Unai Emery, I felt that I was ultimately left with little choice but to make the decision that I have due to purely footballing reasons.

“As has widely been reported I, along with my representative, have been in talks with the club for a number of months with the view to signing a new contract to extend my stay at the Emirates. “My intention throughout these discussions has always been to remain an Arsenal player. I have been on the books at Arsenal for 17 years and have always felt part of the fabric of the club. Such was my desire to stay that I had in fact recently agreed to sign a financially reduced contract in order to commit my future to the club. “However, following my meeting with the new manager, I was made aware that although the reduced contract offer remained, it was made clear to me that my playing time would be significantly reduced should I decide to stay. I am sure everyone can understand that, at this point in my life and career, I need to be playing regular first-team football and following my meeting with Mr Emery I came away with the feeling that it would be very difficult for me to do so at Arsenal. “Given this, I feel I have no option but to pursue other opportunities in order to progress my career on the pitch.” 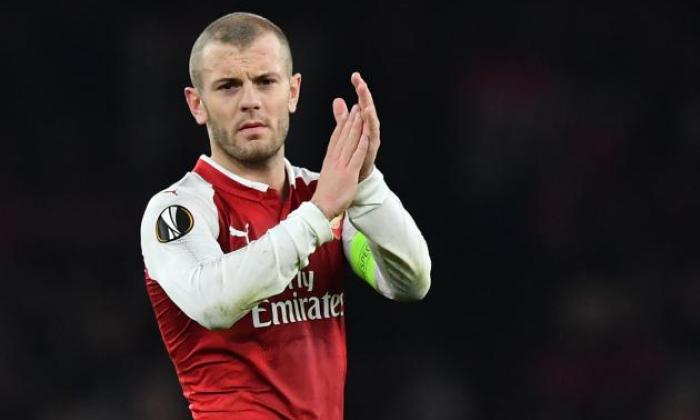 Newspaper reports have linked Wilshere with moves to Premier League sides Fulham, Crystal Palace, West Ham, Everton and Wolves, as well as Serie A clubs Juventus, Sampdoria and AC Milan – and the player says he is “fit, sharp and strong” but will take time to consider his next move. Arsenal, who included Wilshere in their initial promotional material for their new home kit, responded to Wilshere’s announcement by placing their thanks for his contributions, especially towards two FA Cup titles in recent seasons. Wilshere calls time at the Emirates after 197 appearances and 14 goals in all competitions, having become one of previous boss Arsene Wenger’s most promising academy graduates. Wilshere said: “I have experienced some incredible times at Arsenal and have met friends that will last a lifetime. I leave memories that will stay with me forever from my time at the club.

“From making my debut at such a young age, to playing in the Champions League and of course winning two FA Cups in consecutive seasons, there are just too many highlights to mention. “There will be the opportunity to talk properly when the time is right but for now I would just like to thank everyone at the club for everything over the past 17 years, in particular Arsene Wenger and his staff, all of my team-mates over the years, everyone at the club academy for helping me to fulfill my dream and of course the fans, who I have always shared such a special relationship with. I will never be able to truly repay the love, faith and belief that the fans have always shown in me. It’s meant so much to me and my family over the years and I hope you are able to celebrate the success you deserve in the coming years. Thank you.”

“I would like to place on record my respect for Mr Emery and my appreciation for his honesty and candour, and I wish him, the team and the club all the very best for the future.”