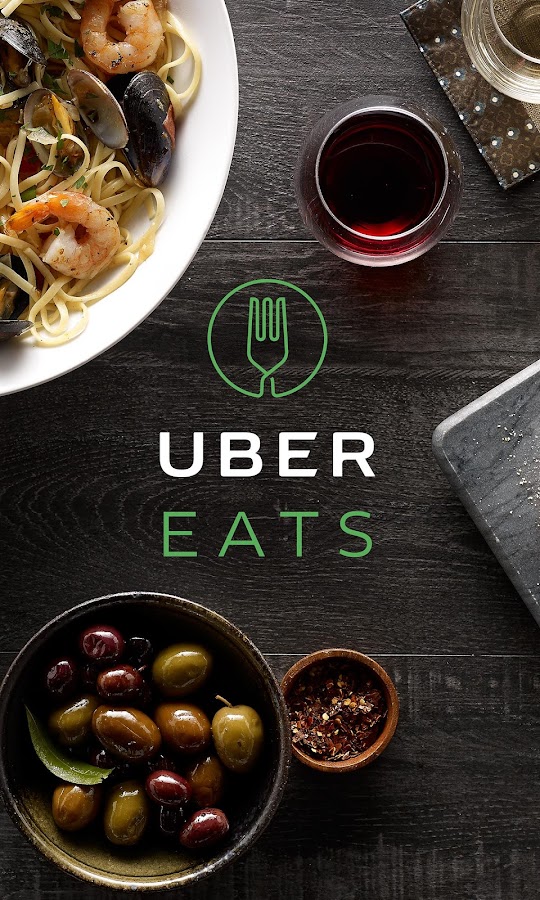 Uber Eats is an app and service that I have been using quite a bit off since they started in Kochi a couple of months ago. It is really an awesome app along with Zomato and Swiggy. I haven’t used Zomatao yet but the other two I have used it quite a bit. I’ve been able to get lunch and dinners served to me from several places I love to eat from and several I hadn’t yet been to and liked. It also helps me to give good dinners for dad & mom and also since it’s been raining quite a lot this monsoon season, it’s an excuse not to go out and yet enjoy good food from the comfort of my own home and watch a movie while doing so.

Yesterday Uber Eats ruined my birthday dinner. I ordered food from Aangan restaurant via the app for 5 people for my birthday dinner. I was in the washroom when the delivery guy came to my place and mom took the packets from him. The guy gave us the wrong order but you can’t contact him over the phone since once the order is closed on the app, you don’t get the rider’s contact number. I tried the app and submitted a help option which said “You’re issue will be resolved in 24 hours!” Fuck that, we are having a dinner.

I contacted UberEats and one guy told me wait for 30 minutes he is placing a new order for me. One hour later, no food and another agent told me technical issues and he will refund my money and that they cannot reorder the service. Over 90 minutes now and my order is still pending. I asked for a supervisor. He basically told me that the first agent lied; they can only contact the driver to come and collect the wrong food but since he was then in another part of the city, he couldn’t come that night. So the other people got my order and enjoyed the food. I had to reorder and wait, a total of 2 hrs and 15 minutes for my 30 minute delivery.

Then I had to hassle them quite a bit for my refund and initially they gave a part refund and then today after two more enquiries, I got the full amount. I told them that they could collect the wrong food the gave me but they can’t do that. The supervisor promised me a Rs.100 credit and that was not done too! I am gonna think twice before reordering again.

My birthday is on the 2nd of August but this year since it was on a Thursday and since I was working an evening shift of 5:30 pm to 2:30 am and since I was conducting a 5 day training all last week, I couldn’t take the day off from work. I wish I could have and celebrated it at home or atleast worked a day shift so I could have had my evening free.

So while I did buy a quick fried chicken lunch for my parents and I on Thursday I left it for Saturday to invite my sister and niece to have a nice dinner with us. Saturday morning I woke up late so I just lazed around, watched a movie and relaxed. In the evening post a quick shower I went to BevCo and bought me a few beers so I can drink them in my new mugs. 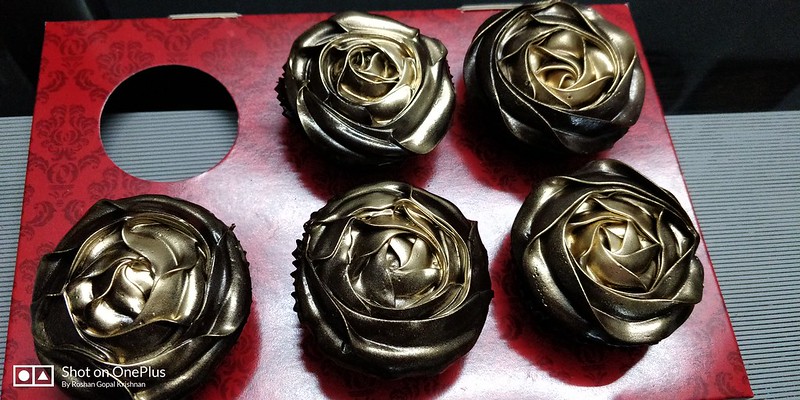 At 7 pm my sister and niece came over and they bought these rose petal chocolate & gold gooey icing cup cakes. They look pretty but under the chocolate it’s nasty. I popped open a can of Heineken and started drinking. I ordered some tandoori chicken, butter chicken masala, naan, mushroom manjurian for my sis and egg fried rice via Uber Eats. 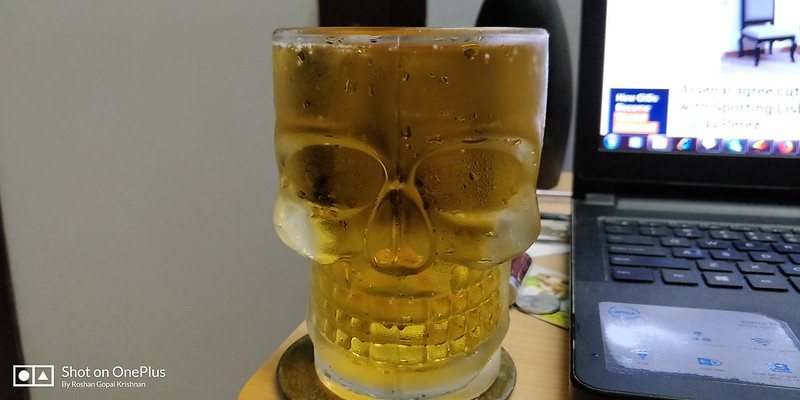 What would happen is a whole another post, so I will leave that for later. I managed to salvage a dinner with the family and enjoyed me a couple of 500 ml beer cans poured in my awesome new skull head mug. 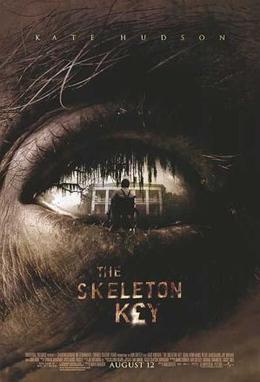 The Skeleton Key is a 2005 American supernatural horror film directed by Iain Softley, written by Ehren Kruger and starring Kate Hudson, Gena Rowlands, John Hurt, Peter Sarsgaard and Joy Bryant. The film centers on a young hospice nurse who acquires a job at a Terrebonne Parish plantation home, and becomes entangled in a supernatural mystery involving the house, its former inhabitants and the hoodoo rituals and spells that took place there. It was released in the United States on August 12, 2005. This movie was a recommendation from a website that highlighted underrated horror flicks throughout the ages.

Caroline, a hospice worker, takes a job as the caretaker of an isolated plantation house in Terrebonne Parish, Louisiana. The elderly lady of the house, Violet Devereaux, needs help looking after her husband Benjamin, who was mostly paralyzed by an apparent stroke. At the insistence of the family’s estate lawyer, Luke Marshall, Caroline accepts the position. Things are not as it seems, though. She learns that the original owners lynched their hoodoo practising servants, Papa Justify & Mam Celine, when they were found in the attic including the owners kids in a ritual. The kids who lived there till they were old supposedly sold the house to Ben & Violent in 1962.

Using a skeleton key that Violet gave her, Caroline explorers the attic in between taking care of Ben, who even crawls out of the window and falls onto the ground. Caroline finds help me scrawled onto his sheet which then goes missing. Caroline borrows a phonograph record called the “Conjure of Sacrifice” from the attic, which is a recording of Papa Justify reciting a Hoodoo ritual. Caroline surmises that Ben’s stroke was induced by Hoodoo, but believes that his paralytic state is a nocebo effect induced by his own belief, rather than something supernatural. Taking advice from her friend Jill, Caroline accesses a hidden Hoodoo shop in a nearby laundromat, where a Hoodoo woman gives her tools and instructions to cure Ben. After conducting the ritual, Ben regains some ability to speak and move, and he begs Caroline to get him away from Violet.

Caroline tells Luke about her suspicions towards Violet, but he remains skeptical. A blind proprietor at a gas station tells them about the Conjure of Sacrifice, which she learns is a Hoodoo spell wherein the caster steals the remaining years of life from the victim. Increasingly convinced of Hoodoo’s authenticity, Caroline fears that Violet will soon cast the spell on Ben. Caroline discovers that Violet is unable to pass a line of brick dust laid across one of the house’s doorways, confirming her suspicions. She drugs Violet and tries to drive off with Ben but the gates are chained and locked. Hiding Ben, Caroline goes to meet Luke but finds out too late that he is Violet’s accomplice and he brings her to the house.

Caroline flees to the attic (pushing Violet down the stairs and breaking her legs in the process), calls 9-1-1 and Jill for help, and casts what she believes is a protective spell. Violet, having caught up with her, reveals she actually trapped herself inside a protective circle. Violet pushes a full-length mirror at Caroline, which reflects one of the original owner’s children, then Violet, and lastly Cecile. A recording of the Conjure of Sacrifice plays, and the two switch bodies. Violet (revealed to be Mama Cecile, who had been occupying Violet’s body through the Conjure) wakes up in Caroline’s body, and force-feeds Caroline (now in Violet’s body) a potion that induces a stroke-like paralytic state.

Luke (revealed to be Papa Justify) arrives upstairs, and it is revealed that Mama Cecile and Papa Justify have been conducting the Conjure of Sacrifice on new people since their supposed lynching. At the end of the movie Papa Justify and Mama Cecile in Luke’s & Caroline’s body remain in the house as an ambulance takes away the paralyzed dying bodies of Violet and Ben.

Good film, though it drags a bit and I am fascinated by the plot and the hoodoo practice. A bit more excitement would have made the film better. 7.5 outta 10!