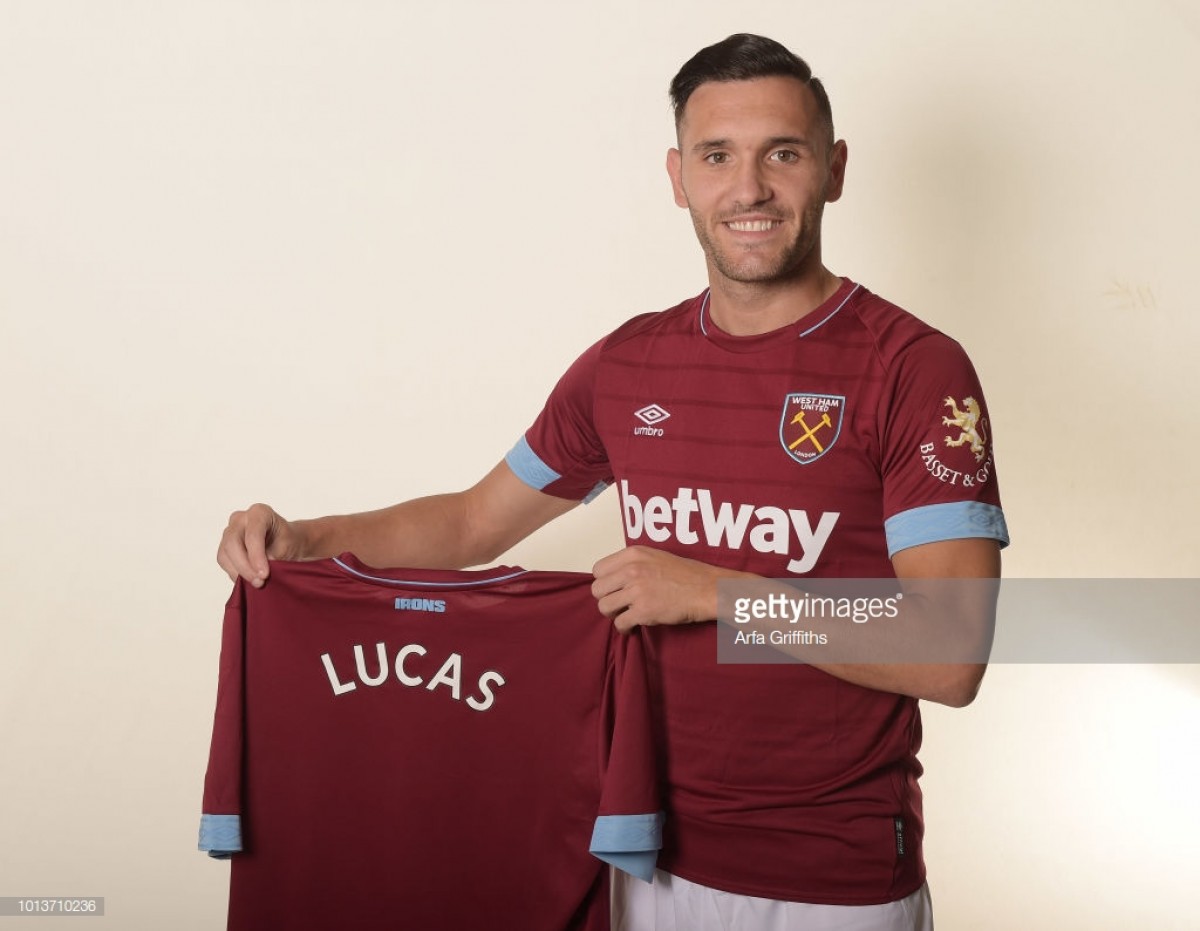 West Ham have signed forward Lucas Perez from Arsenal on a three-year contract. It has been a really busy summer in east London and the 29-year-old Perez becomes West Ham’s eighth new signing, as manager Manuel Pellegrini overhauls his squad. Perez said: “I’m very happy to be here at such an historic club. “I’m very excited, as West Ham are giving me the chance to stay in the Premier League and I’m very happy to be part of this new project.

“West Ham have great fans and play in an amazing stadium, so to sign here brings me great joy. I’m very motivated.” Perez joined Arsenal from Deportivo La Coruna in August 2016 and spent last season on loan back at the Spanish club, having struggled to make an impact at the Emirates. West Ham director of football Mario Husillos said: “We welcome Lucas to West Ham United. “He is a very experienced player that Manuel and I both know well from Spain. “He has great technical quality, and can play as both the main striker or the second striker in a deeper role. He scores goals, but can also create them and link well with the midfielders.

Lucas makes the move across London and signs a three-year contract with the Irons, having played in the Premier League and La Liga over the past two seasons with the Gunners and on loan for Deportivo de La Coruna. The 29-year-old joins Ryan Fredericks, Lukasz Fabianski, Issa Diop, Jack Wilshere, Aindriy Yarmolenko, Fabian Balbuena and Felipe Anderson in moving to London Stadium this summer.