Aretha Franklin, whose gospel-rooted singing and bluesy yet expansive delivery earned her the title “the Queen of Soul,” has died, a family statement said Thursday. She was 76.Franklin died at 9:50 a.m. at her home in Detroit, surrounded by family and friends, according to a statement on behalf of Franklin’s family from her longtime publicist Gwendolyn Quinn.

The first woman admitted into the Rock and Roll Hall of Fame, she had 88 Billboard chart hits during the rock era, tops among female vocalists. At the peak of her career — from 1967 to 1975 — she had more than two dozen Top 40 hits. Over the course of a professional career that spanned more than half a century, Franklin’s songs not only topped the charts but became part of the vernacular.

The “official cause of death was due to advanced pancreatic cancer of the neuroendocrine type, which was confirmed by Franklin’s oncologist, Dr. Philip Phillips of Karmanos Cancer Institute in Detroit,” the family statement said. Franklin’s fans paid tribute with flowers and a crown left on her Hollywood Walk of Fame star in Los Angeles. Her death comes three days after a source close to Franklin told CNN’s Don Lemon that the singer was in hospice care. 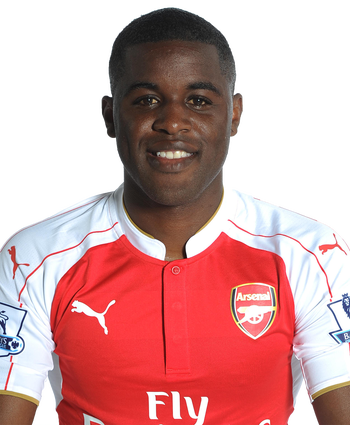 Joel Campbell is ‘very happy’ to be at Frosinone after agreeing a three-year deal to sign for the Italians. Sport Mediaset in Italy are now reporting that the Costa Rican forward has arrived at the club. They quote him as saying “I am very happy to be here,” when he arrived for his medical this morning.

Frosinone were promoted ahead of this season to Serie A for only the second time in their history. They reportedly tried to bring in Lucas Perez this summer, but it was clear from his agent’s comments that the Spaniard wanted to remain in London and the Premier League. The Serie A side have now taken advantage of the connections they built up with Arsenal during that negotiation to move for another out-of-favour forward at the club instead.

Campbell struggled last season with a number of injuries that restricted his playing time to just 142 minutes with one goal and one assist to his name. A knee operation last summer kept him sidelined until October. That was followed by a sprained ankle just a couple of weeks later that kept him out even longer. He only returned to action at the start of March after 126 days out. Campbell has never really complained about being shunted around Europe by Arsenal nor about the lack of opportunities afforded to him by his parent club.