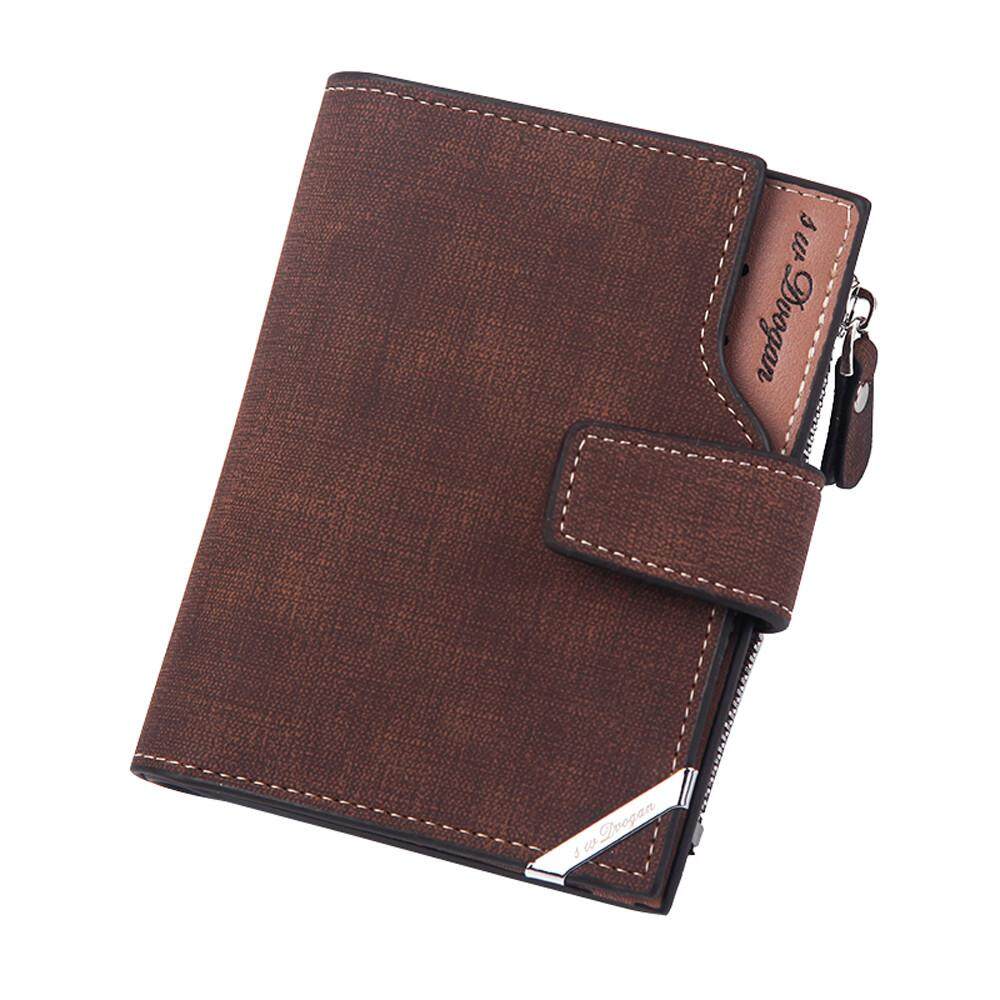 I love shopping online mainly because I am lazy to go to more than one store in person and I like the flexibility that online stores like Amazon.in, Snapdeal, Flipkart, eBay and now the new for me Club Factory provides.

Club Factory does not have the range of Amazon but they do have a nice collection nonetheless and their app is pretty darn good. It was a sponsored post on Facebook recently that led me to them and that was the first time I had ever heard about them though, on checking, some friends/colleagues have bought from them in the past and continue to do so.

I hadn’t and hence I was a little apprehensive when placing my two orders but I have got them both and am happy with the packaging and how the product looks. The packaging, though minimalist, is good enough but they could do better on the shipping time (which is 10-12 days and that is crazy for India). I bought two wallets and am loving them both. Why 2? Well one is a back up and a simple one but the other is this gorgeous beast you see in the upper left pic.

This wallet is from S W Dvogan (designer name I guess) and it’s a beautiful short paragraph wallet for men. It’s damn fine and looks and feels luxurious. 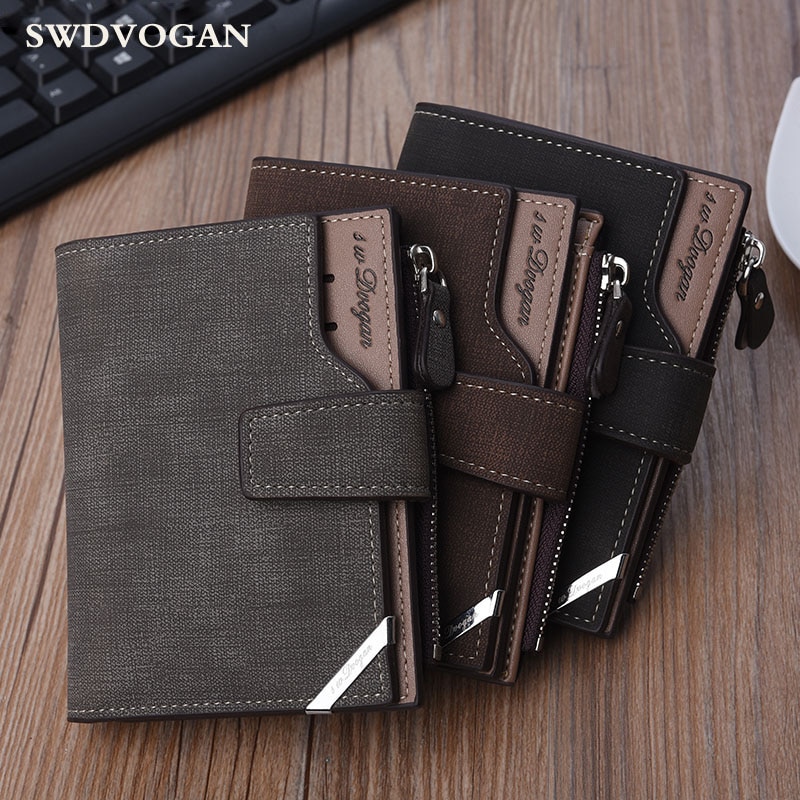 Is anyone fed up or getting superhero movie fatigue? Not me. I hope the MCU carries on and on for a long, long time. As well as the DCEU grows and makes more movies and becomes as successful as the MCU. I do not see myself ever getting tired of it, though I do think more than 3-4 superhero films a year can be tedious.

I am excited about the upcoming films like Auquaman, Captain Marvel & the as of yet unnamed 4th Avengers film. I hope there will be a Ben Affleck Batman movie (or 2 or 3) and we are going to get Shazam, Wonder Woman 2, Cyborg & The Flash as well a new reboot Green Lantern film as well  by the time 2020 is done and dusted. That is good pacing.

Unlike a lot of fans I never was a big comics fan. I read some Superman, Batman, a bit of the Avengers, some Iron man, Thor, a bit of Green Arrow & Green Lantern and The Flash as a kid. Spiderman on tv as the cartoon but never read many comics and watched Batman & Superman movies and Wonder Woman on tv. I had never heard of Black Panther, Dr. Strange,  Deadpool, The X-Men, Captain Marvel etc until the movies were announced. My superhero was the Phantom, whose comics were very popular in India and which I read after moving here back in 1987.

After leading a successful FBI raid at a suspected Mexican cartel safehouse, where they discover dozens of decaying corpses and a booby trap that kills two policemen, agent  Kate Macer is recommended by her boss for a Department of Justice special joint task force, overseen by Matt Graver (Brolin) and the secretive Alejandro Gillick (del Toro), to apprehend the Sonora Cartel lieutenant Manuel Díaz (Bernardo Saracino). Assured that the task force will bring Díaz and those responsible for the safehouse incident to justice, Kate joins even though her partner Reggie Wayne, isn’t asked to join.

They travel to Ciudad Juárez, Mexico, with a large force including Mexican Federali agents, to extradite Díaz’s brother and henchman, Guillermo Diaz and to preempt a possible ambush, the team kills several suspected Mexican cartel gunmen — shocking the conscientious Kate. Alejandro tortures Guillermo and learns that there’s a tunnel Díaz uses to smuggle drugs into the U.S. Reggie & Kate have apprehensions of the task force’s illegal and seemingly inexplicable methods. Finally, Matt reveals that the objective is not to apprehend Díaz as originally suggested, but to disrupt his drug operations to such a degree that Díaz will be summoned back to Mexico by his boss, elusive Sonora Cartel drug lord Fausto Alarcón. By following Díaz, they will bring Alarcón to justice.

While commiserating at a bar, Reggie introduces Kate to Ted (Jon Bernthal), a friend and Phoenix police officer. Kate and Ted go to her apartment, but as they become passionate, Kate realizes Ted is with the cartel. In the ensuing struggle, Ted begins strangling Kate, when Alejandro suddenly appears and subdues him. Alejandro and Matt reveal that they used her as bait, knowing the cartel would target her after she was seen at the bank raid. Alejandro and Matt torture Ted into revealing the names of other officers working for Díaz. Díaz is being recalled to Mexico, as they hoped.  Kate questions the good news, pointing out that they have no jurisdiction in Mexico. Matt states that she and Reggie were simply being used, as working with U.S. law officers grants the C.I.A. legal permission to continue.

Angered, Reggie advises that he and Kate leave the task force, but she insists on joining a task force raid on the tunnel to learn more about the operation’s true nature. At the Mexican end of the tunnel, Kate sees Alejandro kidnapping one of Díaz’s drug mules, a corrupt Mexican police officer named Silvio (Maximiliano Hernández). Kate attempts to arrest Alejandro for his illegal act, but he shoots into her bulletproof vest before driving off with Silvio. Realizing that Alejandro is operating illegally with the task force’s support, and that there was never any intention of bringing Alarcón and Díaz to justice through legal channels, Kate confronts Matt. Matt explains that they are attempting to return to a time when a single cartel, Medellín, ran the drug trade.

This monopoly gave the U.S. more control. Alejandro, a hitman who worked for Medellín, was brought on to topple the Sonora Cartel by assassinating Alarcón, thus reducing cartel competition. Alejandro’s own motive is revenge: Alarcón had ordered the murder of Alejandro’s wife and daughter. In Mexico, Alejandro forces Silvio to drive him to Díaz, kills Silvio, and forces Diaz to continue to Alarcón. Reaching Alarcón’s estate, Alejandro kills Díaz, all the guards, and the entire Alarcón family. Alejandro appears in Kate’s apartment, and forces her at gunpoint to sign a waiver legitimizing the operation. As he leaves, she aims her pistol at him, but cannot bring herself to pull the trigger. In Nogales, Sonora, Silvio’s widow watches her son’s soccer game. The game is briefly interrupted by the sound of gunfire, before continuing.

At times I lost interest but at times I was pulled in deep and was enthralled by the events unfolding in the movie. I thought Blunt & Del Toro were fantastic as was Brolin. It’s a would recommend for people who like crime/cop movies and thrillers. 7.5 outta 10!