There was a plan to have a dinner outing from the office this evening. So we had a bigwig coming to India from the Philippines and he wanted to take our team out for dinner. That’s nice but I and two other from my team had 8:30 am shifts and so should we stay back till 11pm when the dinner was supposed to end?

Anyhow, since it’s your boss, your superboss and another bigwig you have to attend. They had picked Zaatar Arabian Restaurant for tonight’s dinner. Well, one of their three outlets. This is a nice place with lots of seating. 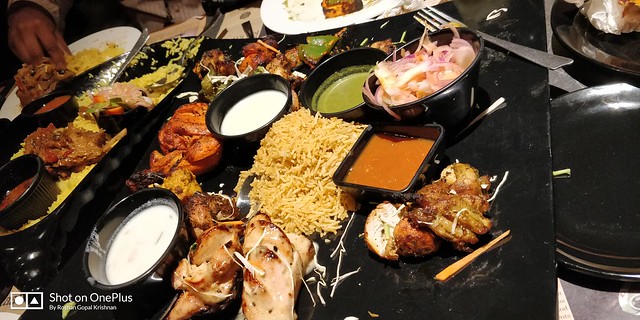 The food was amazing and plentiful and it just kept coming one after the other. What you see in these two pics is just a small portion of the stuff. There was soup, juice, tea and plenty of starters. Mushroom, seasfood, mutton, beef and chicken starters. And then huge kuzhi mandhi and sizzlers and two large platters of chicken. 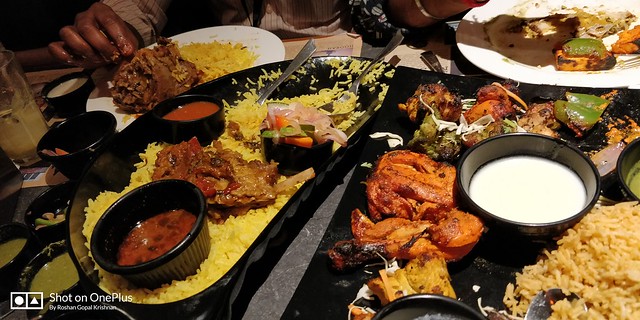 We ended up having to parcel a bunch of the food and even cancelled two dishes. The chicken was amazing, the beef was amazing, the seafood was awesome and the mutton in the madhi was succulent beyond belief! Hmmm everything was so good.

This has become a must go to restaurant.