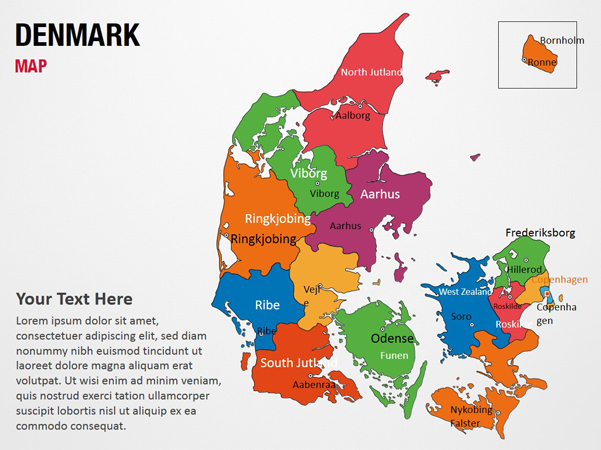 Feeling down? Then make Denmark your next travel destination as the UN’s World Happiness Report 2016 ranks it as the happiest country in the world (while the USA came in at number 17). The European nation has been topping the happiness chart since 2013, and though there are many instances of depression during the gray winter months, overall the quality of life Danes enjoy has allowed them to hold this title year after year (this despite the fact that they have some of the highest taxes in the world). Maybe if you’re there, some of the bliss will rub off on you.

Maybe this is why they’re so damn happy? The Danes are a little more relaxed when it comes to sexually explicit images than some other countries. In 1969, Denmark became the world’s first country to legalize pornography. You can purchase it in just about every neighborhood convenience store or gas station, and there’s a TV station that freely broadcasts hardcore material with no barriers to access it. They do have some basic guidelines, however. Pornographic magazines must be displayed out of eyesight of children, and may not be sold to those under 15 years of age.

If you want to throw a party in Denmark, expect to spend a pretty penny. Hosts can spend up to six months’ salary on one formal celebration and that covers rent, drinks, food, and entertainment (especially for “round” birthdays like 30, 40 or 50). They love to eat and drink socially and tend to prefer traditional meals like smørrebrød when they do. The interesting thing is that is that spending time with friends and family outshines what’s being consumed. That being said, New Nordic Cuisine has become a globally respected culinary trend, and the Copenhagen restaurant Noma was voted Best Restaurant in the World in four different years.

Flashy cars, diamonds that can be seen from outer space, and other gaudy shows of affluence have no place in Danish culture. High social position and wealth, while recognized by individuals of a similar economic position, are usually understated otherwise. This is because of the “Jante Law”—a code of morality formulated by author Aksel Sandemose in his 1933 novel A Refugee Crosses His Tracks. It emphasizes that an individual shouldn’t display material or other portrayals of superiority, and boasting in public should be avoided. So that guy in the black jeans, scuffed boots, and grey sweatshirt could be a multi-millionaire and you’d never know, unless you know.

Creeped out by a bat in the house? They’re protected by law, so don’t dare whack it with a broom. You cannot harm or kill a flagermus. One Danish family had to vacate their house for a year because they could not get rid of these flying rats and just couldn’t take it anymore.