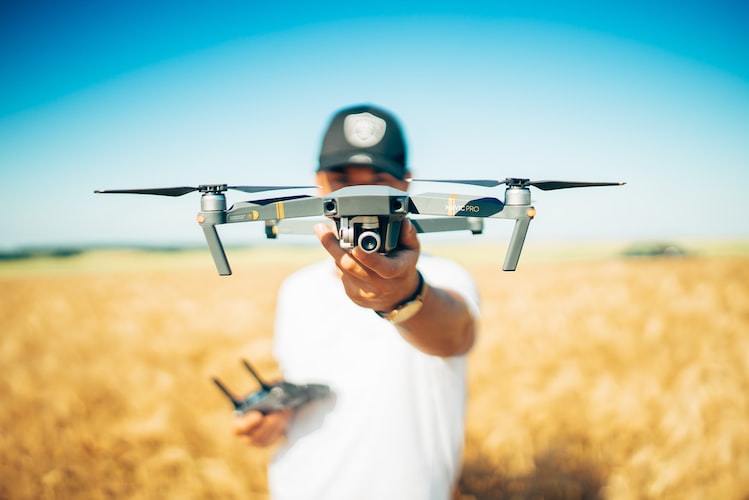 Ever seen one of those before?

Chances are pretty good that you have. Drones are becoming increasingly prevalent in society today, but many people are still curious as to what they are. What looks like a camera with wings is far more sophisticated and versatile than meets the eye.

Drones are just one kind of UAV, or Unmanned Aerial Vehicle. These kinds of vehicles are often made of lightweight materials so that they are easier to operate and use less energy to lift off the ground. They can hover in place, fly, go up, go down, and navigate particularly tight spots. They also come equipped with infrared cameras, GPS technology, and lasers. If this sounds like something you’d find in a top-secret army mission, you’re right! Drones were initially considered to be military-grade technology. Since they’re not intended to carry humans, most of the navigational sensors are concentrated in the front of the drone. The lightweight materials also minimize the buzzing sound, which can lower the quality of videos shot using the drone.

Drones can range from big to small. Bigger drones, like the Predator drone, are used for military purposes while smaller drones with fixed wings and shorter runway length survey land and capture geographical features. Some drones are so small they can even be launched from the palm of your hand, like the vertical liftoff drone.

3D maps depend on drones for capturing accurate pictures of Earth’s topography. The more high-end drones use Satellite Constellation technology to create a comprehensive, synchronized, and coordinated 3D map. Most 3D cameras work this way in the interest of accuracy. With all of these interesting facts about drones, it can be easy for fact and fiction to get lost in the mix. So what are some common myths about drones?

While the comparison of drones to cameras with wings isn’t too far off, it would be inaccurate to compare them to model airplanes. For starters, model airplanes are merely built to look pretty and not fly! Drones, on the other hand, might look like a giant metal spider, but they are made to zip through the air and gather visual information.

Speaking of visual information, drones were explicitly created to gather military surveillance. Of course, as these devices trickled into the civilian market, people began to use them for much sillier reasons, such as playing a prank on others and scaring them. As you can see, the drone is a multifaceted piece of technology that has both its official and unofficial uses.

As for its proper uses, though, drones can collect a surprisingly large amount of information under the Constitution. For example, police do not need a warrant to fly a drone at a low altitude to collect surveillance, and often use this method to search for marijuana users in their city. The reason this is not unconstitutional is because police can use drones in this way to fight crime and protect the public at large.

Another big misconception is that flying a drone is easy–not so! In reality, it takes some time to learn how to maneuver the pitch and yaw. More seasoned pilots, however, can gracefully pull off some pretty neat tricks in the air. But be careful about how long you keep your drone up there; many civilian-grade drones aren’t meant to stay in the air for longer than 10 minutes or so. Keep this in mind so that your new gadget doesn’t unexpectedly come crashing to the ground!

We might think of drones as novelties when in reality they and their various UAV cousins have been around since 1916. It might be hard to conjure the image of a military-grade weapon during the time before television. But as you can see, drones have evolved into a multipurpose device that will allow people to survey large areas from the comfort of their couch.

Experts predict that drones will become quite useful to those in the agricultural industry. Farmers will be able to inspect their crops from a bird’s-eye view, thereby saving them hours and maybe even allowing them to zoom in on potential crop dangers, such as disease and pests.

Have you got drone fever now? Well, you’re in luck! Head over to DrDrone today to check out some of the best and most affordable drones on the market right now. You can choose from different makes and models to find your dream drone that best suits you and your needs. Just try not to clip anyone’s heads when you’re using it, though.