Wilson runs a nail factory and decides his business needs a bit of advertising. He has a chat with a friend who works in marketing, and he offers to make a television ad for Wilson’s Nails. “Give me a week,” says the friend, “and I’ll be back with a tape.”

A week goes by and the marketing executive comes to see Wilson. He puts a cassette in the video and presses play. A Roman soldier is busy nailing Jesus to the cross. He turns to face the camera and says with a grin, “Use Wilson’s Nails, they’ll hold anything.” Wilson goes mad, shouting, “What is the matter with you? They’ll never show that on television. Give it another try, but no more Romans crucifying Jesus!”

Another week goes by and the marketing man comes back to see Wilson with another tape. He puts it in the machine and hits play. This time the camera pans out from a Roman standing with his arms folded to show Jesus on the cross. The Roman looks up at him and says, “Wilson’s Nails, they’ll hold anything.” Wilson is beside himself. “You don’t understand. I don’t want anything with Jesus on the cross! Now listen, I’ll give you one last chance. Come back in a week with an advertisement that I can broadcast.”

A week passes and Wilson waits impatiently. The marketing executive arrives and puts on the new video. A naked man with long hair, gasping for breath, is running across a field. About a dozen Roman soldiers come over the hill, hot on his trail. One of them turns to the camera and says, “If only we had used Wilson’s Nails!” 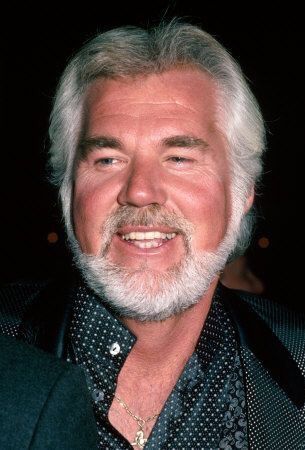 Kenneth Ray Rogers or Kenny Rogers (August 21, 1938 – March 20, 2020) was an American singer, songwriter, actor, record producer, and entrepreneur. He was a member of the Country Music Hall of Fame. The 81 year old dominated the pop and country charts in the 1970s and 1980s with a string of sleekly tailored hits and won three Grammys. Rogers “passed away peacefully at home from natural causes under the care of hospice and surrounded by his family,” a representative for the singer said in a statement. Due to the  national COVID-19 emergency, the family is planning a small private service at this time with a public memorial planned for a later date.

Rogers had announced a farewell tour in 2015 and was able to keep it going through December 2017. In April 2018, shortly before he was to spend a few months finishing out the tour after a break, he announced that he was having to call off the remaining dates (including a planned appearance at the Stagecoach Festival in California), due to unspecified “health challenges.” Rogers’ signature song “The Gambler” was added to the National Registry in 1978. It was the most recent of a lifetime of honors bestowed on the singer, which included induction into the Country Music Hall of Fame, three Grammys and six CMA Awards.

After establishing himself commercially via rock- and pop-oriented singles with his group the First Edition, the bearded, prematurely gray Rogers was launched into the top rank of crossover country artists with a string of singles for United Artists Records. His appealing, sometimes gritty voice propelled 20 solo 45s to No. 1 on the country charts from 1977-87. Two of them, his 1980 reading of Lionel Richie’s “Lady” and his 1983 collaboration with Dolly Parton “Islands in the Stream” (penned by the Bee Gees), also topped the pop lists. He worked profitably with a number of other female vocalists, including Dottie West, Sheena Easton, Kim Carnes and Anne Murray. Rogers parlayed his music success into a successful side career as an actor. His 1978 country chart-topper “The Gambler” spawned five popular TV movies, while some of his other hits also inspired small-screen features.

Rogers was inducted into the Country Music Hall of Fame in 2013 and received a Lifetime Achievement Award from the Country Music Association the same year. Born and raised in Houston, he was the fourth of eight children in a poor family. He took to the guitar as an adolescent, and would sometimes perform with another aspiring local musician and future star, Mickey Gilley. Rogers signed a solo deal with UA in 1976. He struck almost immediate pay dirt with “Lucille,” an absorbing vignette about a barroom encounter with a disillusioned woman and her estranged husband. The number became Rogers’ first No. 1 country hit and reached No. 5 on the national pop chart. It also scored Rogers his first Grammy, for best male country vocal performance.