I think it may have been my older sister who got these books first but as a kid I read a lot of Nancy Drew books. Nancy Drew is a fictional amateur sleuth. In the original versions of the series, she is a 16-year-old high school graduate, and in later versions, is rewritten and aged to be an 18-year-old high school graduate and detective. In the series, she lives in the fictional town of River Heights with her father, attorney Carson Drew, and their housekeeper, Hannah Gruen. As a child, she loses her mother. She is very independant & reliable enough to even run aspects of taking care of the house with the help of Hannah.

As a teenager, she spends her time solving mysteries, some of which she stumbles upon and some of which begin as cases of her father’s. Nancy is often assisted in solving mysteries by her two closest friends: cousins Bess Marvin and George Fayne. Bess is delicate and feminine, while George is a tomboy. Nancy is also occasionally joined by her boyfriend Ned Nickerson, a student at Emerson College. At times I have thought that it was unfair that the series of books were called only Nancy Drew when there were her two best friends and the guys but it would have been odd. Nancy, Bess & George? Maybe. Still I think some of the stories only had her and her father at times.

The Hardy Boys, Frank and Joe Hardy, are fictional characters who appear in several mystery series for children and teens. The series revolves around the teenagers who are amateur sleuths, solving cases that stumped their adult counterparts. The characters were created by American writer Edward Stratemeyer, the founder of book-packaging firm Stratemeyer Syndicate. The books themselves were written by several ghostwriters under the collective pseudonym Franklin W. Dixon.

Frank is eighteen (sixteen in earlier versions), and Joe is seventeen (fifteen in earlier versions). They live in the city of Bayport on Barmet Bay with their father, detective Fenton Hardy; their mother, Laura Hardy; and their Aunt Gertrude. The brothers attend high school in Bayport, where they are in the same grade but school is rarely mentioned in the books and never hinders their solving of mysteries.[11] In the older stories, the Boys’ mysteries are often linked to their father’s confidential cases. He sometimes requests their assistance, while at other times they stumble upon relevant villains and incidents. The Hardy Boys are sometimes assisted in solving mysteries by their friends Chet Morton, Phil Cohen, Biff Hooper, Jerry Gilroy, and Tony Prito; and, less frequently, by their platonic girlfriends Callie Shaw and Iola Morton (Chet’s sister).

The Famous Five is a series of children’s adventure novels written by English author Enid Blyton. The first book, Five on a Treasure Island, was published in 1942. The novels feature the adventures of a group of young children – Julian, Dick, Anne and Georgina (George) – and their dog Timmy. In some books the children go camping in the countryside, on a hike or holiday together elsewhere. However, the settings are almost always rural and enable the children to discover the simple joys of cottages, islands, the English and Welsh countryside and sea shores, as well as an outdoor life of picnics, lemonade, bicycle trips and swimming

The stories take place in the children’s school holidays after they have returned from their respective boarding schools. Each time they meet they get caught up in an adventure, often involving criminals or lost treasure. Sometimes the scene is set close to George’s family home at Kirrin Cottage in Dorset, such as the picturesque Kirrin Island, owned by George and her family in Kirrin Bay. George’s own home and various other houses the children visit or stay in are hundreds of years old and often contain secret passages or smugglers’ tunnels.

For those who make a success of it, moving abroad can be the best life decision. Not only does it mean getting stuck into a new culture, but it’s also a chance to shake the shackles of everyday life and experience something totally new. That said, a move of this magnitude is no walk in the park. It involves getting your head around new housing laws and even working with an immigration law firm to ensure citizenship in some cases. And, that’s just the beginning!

In short, moving abroad is definitely not for the faint of heart. That’s not to say, of course, that this couldn’t still be a wise move for you. It merely means that you should first make sure that the effort will pay off by thinking honestly about whether that country is the one for you. Of course, we all have different criteria when we’re moving anywhere, especially overseas. But, if this is your first move abroad, you might be able to make the transition a little easier for yourself by choosing a destination where – 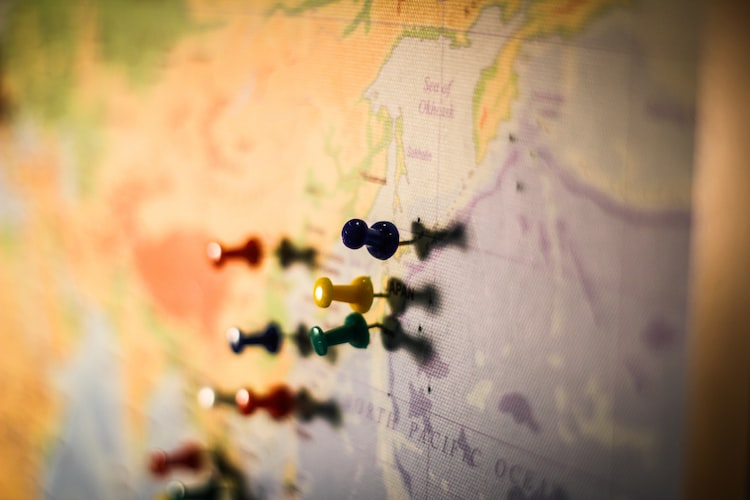 You already know the language

You’re in for a cultural shock with this move as it is, so don’t make it any harder. By selecting a country where you can already speak the language, you at least ensure you can communicate with estate agents, neighbours, and more. This also means you’ll be in with a fighting chance at making friends as soon as you touch down. That’s a far better position to be in than if communication wasn’t possible.

The climate isn’t too much of a leap

Whether you’re after fun in the sun or snow, at last, it’s tempting to look for countries with climates different to what you know. But this might not be the best idea. Adjusting to an extreme climate change on top of everything could easily overwhelm. Instead, either seek countries with a similar climate or move at a time of year that gives you a chance to transition. Otherwise, all that stunning snow will soon lose its appeal as you battle with frostbite and a totally inappropriate wardrobe.

You’ve already been and loved

A great house isn’t much good if it’s located in a destination that you’ve never visited. Worse, the fact that you’ll be doing a lot of your house hunting online means that taking a blind leap could backfire. As simple as that, you’ll touch down into a town that simply isn’t what you’d imagined. And, then you’ll have to adjust to living there! Don’t let it happen by only ever considering countries that you’ve already visited and loved. That way, you can enjoy the peace of mind that this is a destination well worth all the time and expense that you’re about to pile into it.

Moving abroad can undoubtedly be a life-affirming experience, but only if you take your time choosing the perfect place. And, that’s a goal you’ll find yourself a lot closer towards with this checklist to hand.