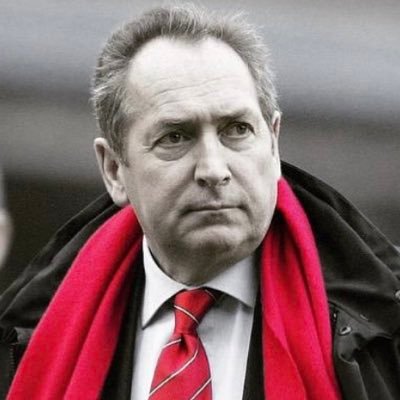 Former Liverpool manager Gerard Houllier has died at the age of 73. The Frenchman managed the Reds from 1998-2004 and led them to five major trophies, including the FA Cup, League Cup and Uefa Cup treble in 2000-01. Prior to Liverpool, Houllier managed Lens, Paris St-Germain and the French national team, and after leaving the Reds won two Ligue 1 titles at Lyon. His last managerial job was at Aston Villa, but he left in 2011 after nine months, following heart problems. In a statement, Liverpool said they were “deeply saddened” by Houllier’s death.

Houllier made his managerial name with Lens and PSG in the 1980s before taking over the French national side in 1992. However, after Les Bleus failed to qualify for the 1994 World Cup finals – with Houllier blaming a mistake from winger David Ginola for their exit – he resigned from the role. In 1998, he moved to England and took charge of Liverpool as joint manager alongside Roy Evans. Evans resigned three months later and Houllier took sole charge, rebuilding the Reds and leading them to the unprecedented treble in the 2000-01 season.

In October 2001, he had open heart surgery after suffering from chest pains during a home match against Leeds, but returned to the dugout at Anfield and remained there for another three years before leaving in May 2004. After leaving Liverpool, he led Lyon to two French titles before joining the French Football Federation in 2007, but he was enticed back into management by Villa in September 2010, signing a three-year deal. But the following April Houllier was admitted to hospital with chest pains and Gary McAllister stepped in to help steer Villa away from relegation trouble. He stepped down from the role at the end of the 2010-11 season with concerns that a return to the dugout could cause further health issues.

He has since held the head of football role at Red Bull, and in November became technical director of women’s football clubs Lyon and OL Reign.

Granit Xhaka was dismissed for violent conduct as a desperately poor Arsenal side were jeered off by their own supporters after being stunned by Premier League strugglers Burnley. Defeat Mikel Arteta’s side have now lost four straight league games at home for the first time in 61 years. Gunners skipper Pierre-Emerick Aubameyang’s wretched run of form continued as he failed to score at the right end – and headed an own goal at the other end. Burnley’s winner came after Xhaka was dismissed on 58 minutes for grabbing the throat of Clarets midfielder Ashley Westwood – the Swiss midfielder given a red card after referee Graham Scott reviewed the incident on the pitch-side monitor. The Gunners had plenty of attempts at goal but most of them were dealt with comfortably by Nick Pope, a superb reflex save to keep out Alexandre Lacazette’s low strike aside.

Burnley’s victory lifts them out of the relegation zone, a point clear of Fulham, while Arsenal stay in a lowly 15th place. Arteta will celebrate one year in charge of Arsenal on 26 December and his reign looked full of optimism when he led the club to FA Cup success last season. Although they have reached the Europa League knockout stages this term, Arsenal’s league form has been woeful both at home and away – they have lost seven of their past 10 games overall – and questions will soon be asked of Arteta’s capabilities. There were 2,000 supporters in attendance at a subdued Emirates Stadium and those watching will have been less than pleased at their side’s showing, while it was all too much for one supporter who covered his eyes with his face mask.

The statistics make for equally unpleasant reading. Arsenal’s profligacy in front of goal has now seen them go 12 hours and 32 top-flight minutes without finding the net from open play. Of their openings, Kieran Tierney had a drive smothered by the inspired Pope, while Bukayo Saka’s strike was straight at the England international goalkeeper. Lacazette had his side’s best chance in the opening period but the Frenchman now has just a solitary goal in his last 11 appearances, while Aubameyang – whose own goal settled the game – has scored only twice in the past 12 games.