If you love music, you love the Beatles. There is no way around that fact. I don’t care what kind of music you love the most, you have to like the songs that the Liverpool 4 produced.  The group, whose line-up comprised of John Lennon, Paul McCartney, George Harrison and Ringo Starr, are regarded as the most influential band of all time. Your favourite bands & artists were either influenced by them or influenced by artists who were influence by the Beatles. So get off your high horse and just admit it. Unless you are a rapper/hip-hopper. I don’t consider that nonsense music anyway! 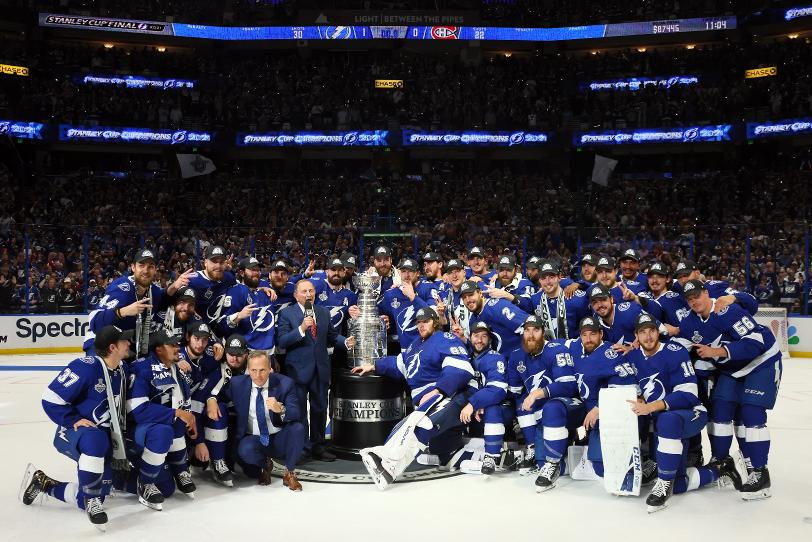 The Tampa Bay Lightning are back-to-back Stanley Cup champions after defeating the Montreal Canadiens 1-0 in Game 5 on Wednesday night.  They are the second team of the salary cap era to repeat, joining the 2016-17 Pittsburgh Penguins, though salary cap issues could make some parts of the team look different next season. Still, the Lightning will have top scorers in Nikita Kucherov, Brayden Point and Steven Stamkos, a top defenseman in Victor Hedman and a great goaltender in Andrei Vasilevskiy. The Lightning won their 2020 championship in a bubble environment in Edmonton last fall, but this time, they got to celebrate in front of their fans at Amalie Arena. The Lightning are the first NHL team to clinch a Stanley Cup title at home since the Chicago Blackhawks did it in 2015 against Tampa Bay.