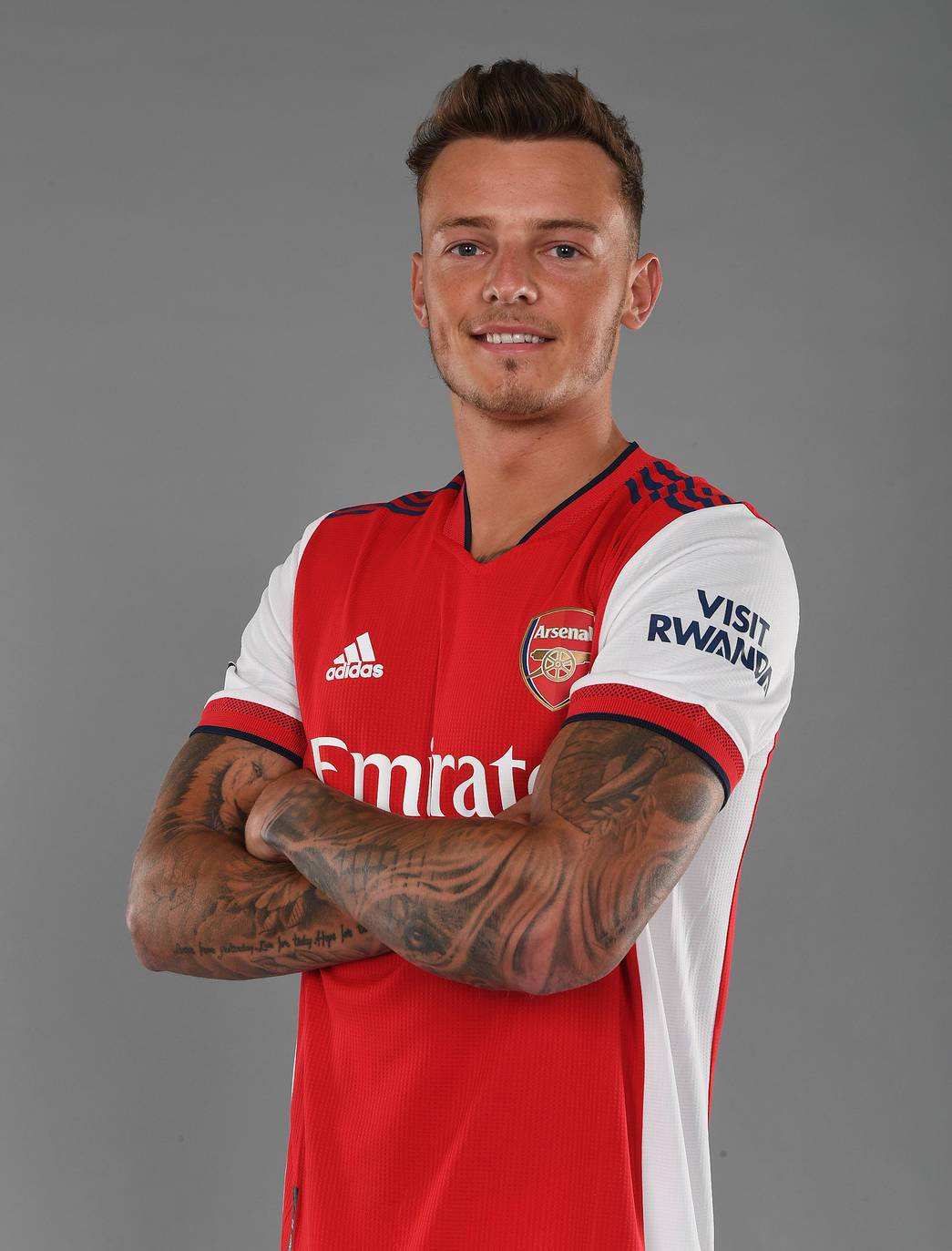 Ben White has joined Arsenal from Brighton & Hove Albion on a long-term contract. The 23-year-old defender, who has proved to be one of the Premier League’s finest young prospects, joins us after spending the summer as part of the England squad at the Euros.

Ben spent the 2019/20 season on loan at Leeds United, where he was an ever-present in their Championship-winning side, helping them win promotion back to the Premier League after a 16-year absence. He returned to the south coast last season, becoming a key member of Brighton’s Premier League side. Ben started his youth career at Southampton before joining Brighton as a 16-year-old, where he enjoyed rapid progress, making his first-team debut as an 18-year-old. During his time at Brighton, as well as the Championship-winning spell with Leeds, Ben also spent successful loan spells with Newport County and Peterborough United.

Ben will wear the No 4 shirt and will immediately join up with his new team-mates ahead of The Mind Series friendly match at home to Chelsea on Sunday. White was named in the England team for the first time in May 2021, where he was selected as part of the provisional 33-man squad for UEFA Euro 2020. He was later cut from the squad, though remained on standby for the tournament and made his debut as a substitute in June in a 1–0 win over Austria. He made his first start for England in the second and final warm up match in another 1–0 victory, this time against Romania on 6 June. On 7 June, he was named in the squad as a replacement for Trent Alexander-Arnold.

Every year when it comes around to my birthday I go into a semi-depression. I take a good look in the mirror and I see back upon on my life as it has been so far. And I get depressed. I am no where I wanted to be when I was younger and had dreams and hopes. I had my little wish of being a married man, with a loving wife and partner, with my own place or should I say our own place and at a better time in my life.

I don’t have any of that. I don’t have my own place. I am not married and neither do I have a girlfriend. Funny, a few years ago I thought I had accepted the fact that I would never find love but I guess as the days and weeks pass, it gets harder to just accept the fact that I will always be alone. I am not where I want to be financially and I would like to change my job but it is kinda tough during these times. I would also like a change of place and pace and move away.

Thinking about all of these things makes me feel sad. I look for ways to keep myself or rather my mind busy and during the waking hours I kind of manage to do that. When I go to bed that is another thing altogether. I think that is why it takes a very long time for me to fall asleep unless I am very tired. Oh well, another year is upon me.

British coffeehouse chain Costa Coffee has has a small footprint in the Indian landscape and have had an outlet in Lulu Mall located in Cochin since 2015. Overpriced for sure and with a more bitter taste than giants Starbucks or Indian chain Cafe Coffee Day, Costa coffees were something I had only when I went to the mall.

Since the start of the Coronavirus pandemic, I have ordered a few coffees and frappes via either Swiggy or Zomato to quench my premium coffee thirst. Usually it is Starbucks or CCD. I think I have only ordered a latte from Costa Coffee once but I have been hearing about their Frostinos line which I had never tried before. Frostinos are a range of creamy iced drinks for utter indulgence. Available in 6 delicious flavours they are sure to be a hit of they already aren’t.

Double Chocolate Cookie, Vanilla Frostino, Coffee Frostino, Caramel Latte Frostino & Strawberry Cream Frostino are other options but the one I chose was the Belgian Chocolate Frostino: Belgian chocolate sauce blended with fresh milk and ice, finished with an extra swirl of sauce and fresh cream. Nice and thick and not too sweet – that was something I liked as it wasn’t an overdose of sugar. It has the bitterness of coffee with some sweetness of the Belgian chocolate. With lots of chocolate chips and cream. It’s really good!