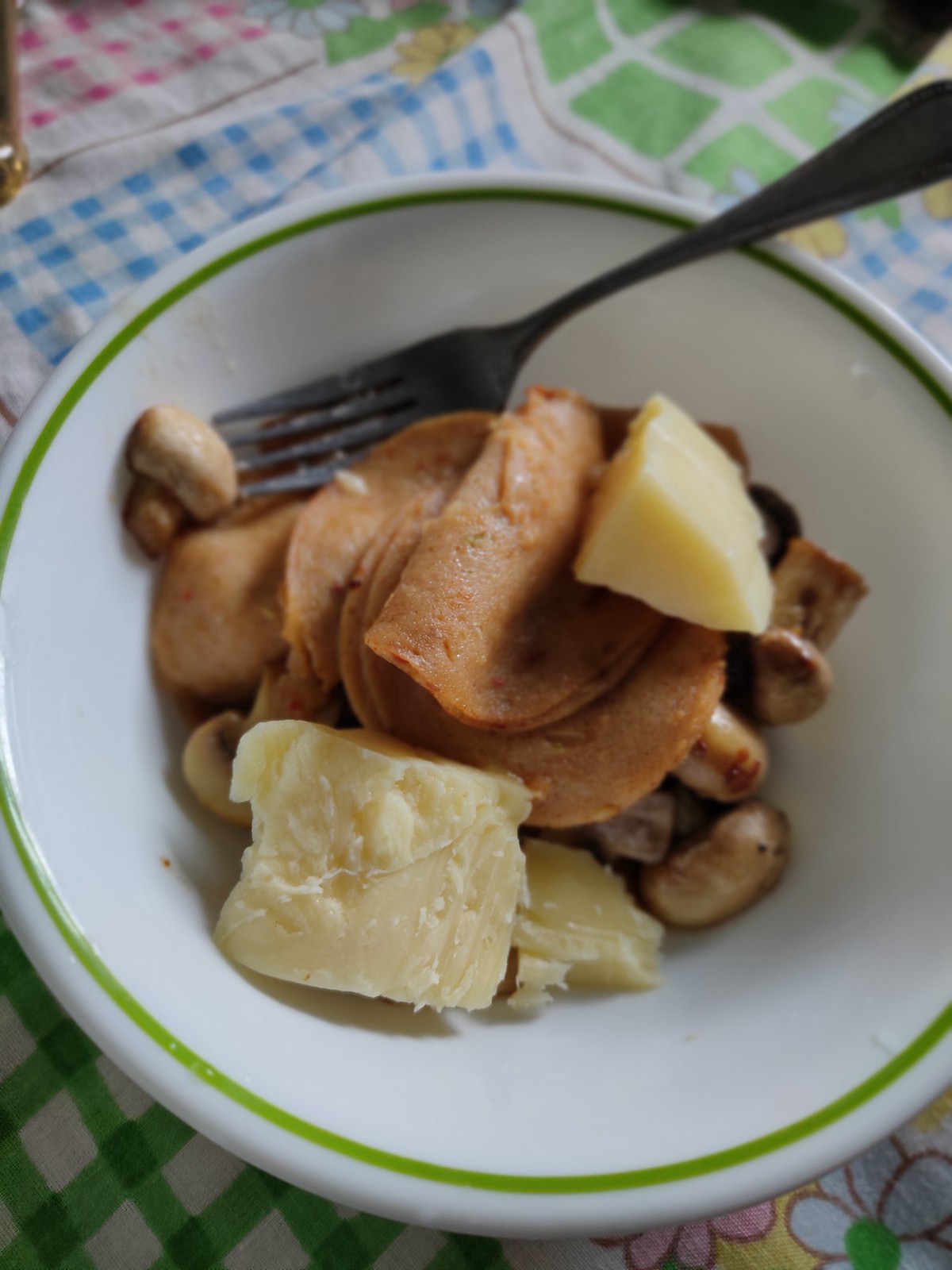 One of my favourites breakfasts ever – that doesn’t have eggs. Lol, I love eggs for breakfast but this one was pretty awesome too. Mushrooms sauteed in unsalted butter, spicy chicken salami (very thinly cut slices) and some cheddar cheese that I cut up from a block. Delicious!

Cristiano Ronaldo scored his 800th career goal before driving home a penalty winner as Manchester United came from behind to beat Arsenal in a memorable contest featuring two crucial VAR decisions. As new United interim boss Ralf Rangnick watched from the directors’ box, where former England captain David Beckham also enjoyed a thrilling encounter, Arsenal scored first in controversial circumstances. Emile Smith Rowe drove home from the edge of the area, while United keeper David de Gea was lying on the ground, seemingly injured, with his back to play. The inevitable VAR check concluded De Gea had fallen after bumping into and being trodden on by his own team-mate Fred, and referee Martin Atkinson gave the goal.

Bruno Fernandes levelled, when he finished off an intricate move involving Jadon Sancho and Fred a minute before the break, setting up the pulsating second half that followed. Ronaldo put United ahead as he swept home Marcus Rashford’s cross, but Martin Odegaard made it 2-2 with a well-taken equaliser. Then came the second big VAR decision, as Atkinson gave United a penalty after reviewing Odegaard’s challenge on Fred on a pitchside monitor – and Ronaldo kept his nerve to score. Watching proceedings unfold, Rangnick was largely impassive and made plenty of notes, although he did stand to applaud Ronaldo’s winner.

The result leaves United three points off fourth-placed Arsenal after recording two wins and a draw under Michael Carrick, the interim’s interim. Carrick, stand-in for the past three matches, said afterwards that he was leaving the club, where he has been since 2006, first as a player and latterly as a coach. There is an festering history between these teams, from the on-pitch brawl that led to both teams having points deducted in 1990, through the controversy in which Arsenal players jumped at Ruud van Nistelrooy after he missed a last-minute penalty in 2003, to the infamous ‘pizzagate’ incident, which led to Sir Alex Ferguson conducting his post-match interviews in a change of clothes after being hit by food thrown from the visitors’ dressing room in 2004.

In law, Atkinson had no choice but to award Arsenal’s opening goal, having waited to blow his whistle until Smith Rowe’s shot hit the net. United’s players clearly felt the situation, with De Gea on the floor with his back to play, warranted a stoppage. They surrounded Atkinson in their immediate protests and at half-time, De Gea continued, with technical director Darren Fletcher, currently assisting on the coaching side, pitching in as the official reached the mouth of the tunnel. Amid all the furore, Arsenal were probably unhappy not to be ahead at that stage – having lost their lead just before half-time after controlling a large part of the game. By the end, they must have wondered how they ended up with nothing. De Gea saved superbly twice from Pierre-Emerick Aubameyang and also denied substitute Bukayo Saka, who also had a goalbound effort deflected wide.