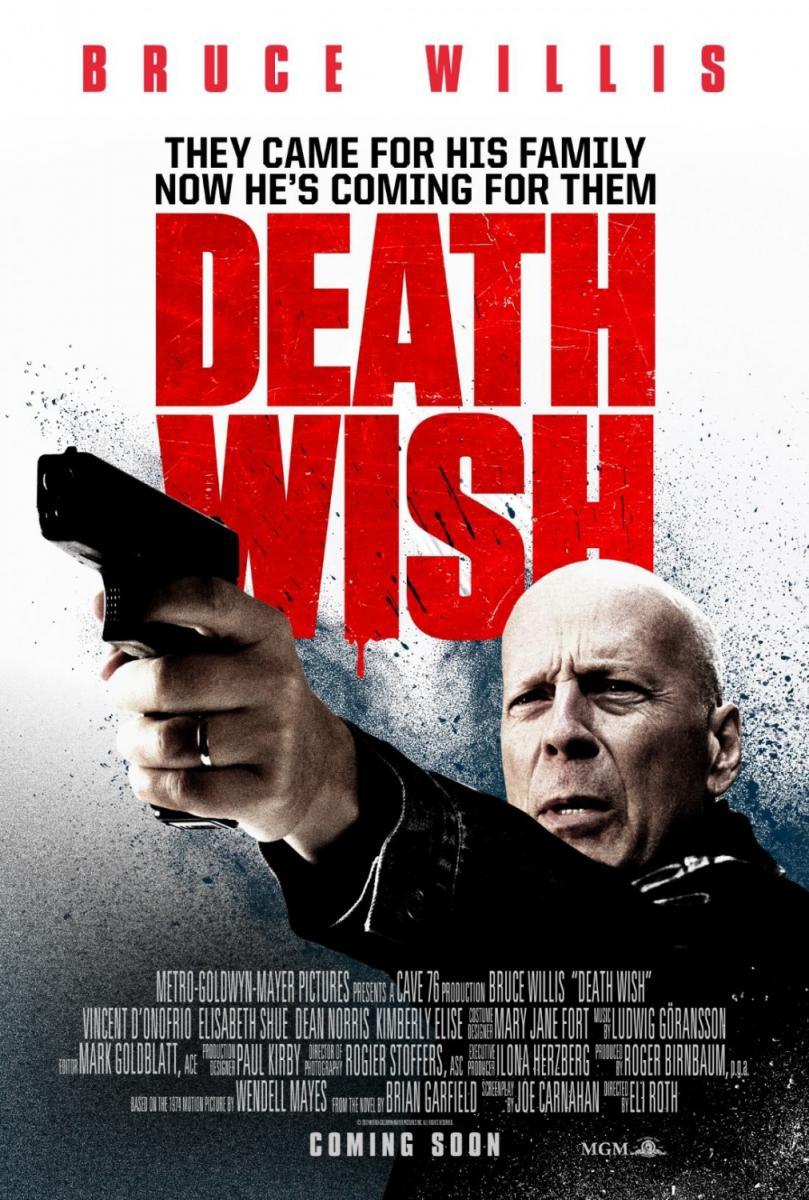 Death Wish is a 2018 American vigilante action thriller film directed by Eli Roth and written by Joe Carnahan. It is a remake of the 1974 film of the same name (which originated the Death Wish franchise), based on Brian Garfield’s 1972 novel. The film stars Bruce Willis as Paul Kersey, a Chicago doctor who sets out to get revenge on the men who attacked his family. Vincent D’Onofrio, Elisabeth Shue, Dean Norris, and Kimberly Elise also star. 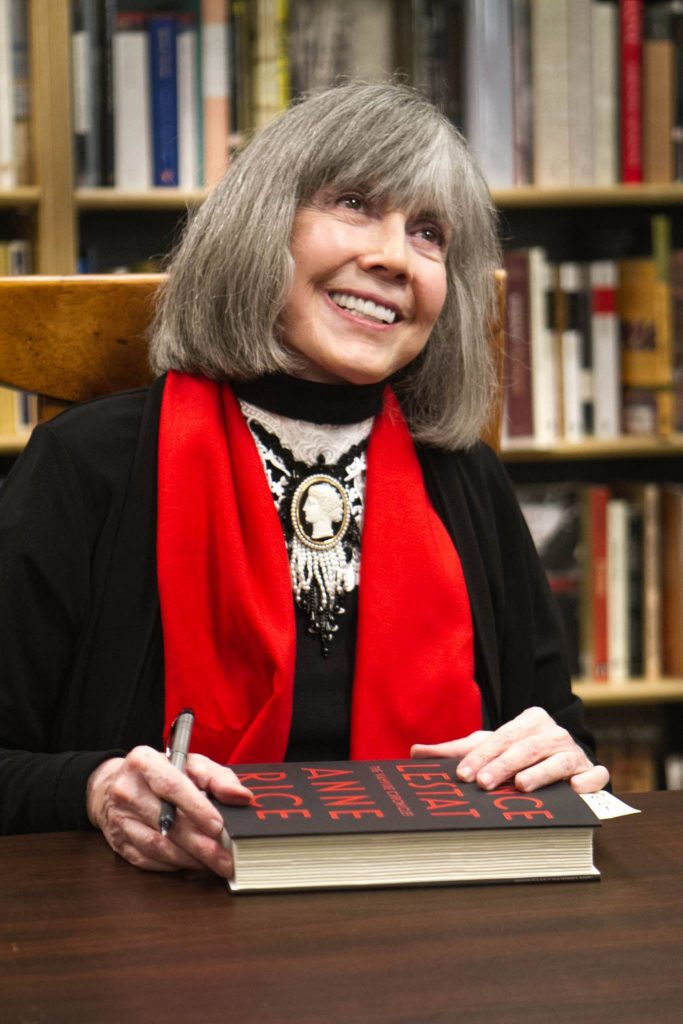 Anne Rice, American author best known for her gothic fiction novels, died on Saturday due to complications resulting from a stroke. She was 80. The author’s son Christopher revealed the news on Facebook and said that she would be interred in the family mausoleum at Metairie Cemetery in New Orleans in a private ceremony.

Born in New Orleans in 1941, Rice became renowned the world over as a writer of gothic fiction, with her books selling more than 150 million copies globally. In the early 1970s, while grieving the death of her daughter Michelle, she began converting one of her stories into what became her first novel, the gothic horror “Interview with the Vampire,” which was published by Knopf in 1976. The novel turns on vampire Louis de Pointe du Lac, who tells the story of his life to a reporter. Michelle served as an inspiration for the child vampire Claudia. The book was the first of ten in what is collectively known as “The Vampire Chronicles.” It was adapted by Neil Jordan as a 1994 film starring Tom Cruise, Brad Pitt, Antonio Banderas and Christian Slater, with Kirsten Dunst playing Claudia. Rice adapted the screenplay from her novel and the film gathered two Oscar nominations and a brace of BAFTA wins.

“Queen of the Damned,” based on one of the bestselling sequels to “Interview with the Vampire,” was adapted as a film in 2002. Other adaptations of Rice’s novels include Garry Marshall’s “Exit to Eden” (1994), starring Dana Delany, Dan Aykroyd and Rosie O’Donnell and Emmy-winning Showtime original “The Feast of All Saints” (2001). AMC ordered a series based on Rice’s “Lives of the Mayfair Witches.” As revealed by Variety, AMC had acquired rights to “Lives of the Mayfair Witches” and “The Vampire Chronicles” last year, and casting was recently finalized on the latter. In addition to her vampire novels, Rice authored books such as The Feast of All Saints (adapted for television in 2001) and Servant of the Bones, which formed the basis of a 2011 comic book miniseries.

Rice spent much of her early life there before moving to Texas, and later to San Francisco. She was raised in an observant Catholic family but became an agnostic as a young adult. She began her professional writing career with the publication of Interview with the Vampire in 1976, while living in California, and began writing sequels to the novel in the 1980s. In the mid-2000s, following a publicized return to Catholicism, Rice published the novels Christ the Lord: Out of Egypt and Christ the Lord: The Road to Cana, fictionalized accounts of certain incidents in the life of Jesus. Several years later she distanced herself from organized Christianity, citing disagreement with the Roman Catholic Church’s stances on social issues but pledging that faith in God remained “central to [her] life.” However, she later considered herself a secular humanist.

December of ever year brings holiday drinks from all coffeeshop chains and this year is sure to have many, many people trying out all the drinks that are out on offer. Holiday menus have been out now with seasonal drinks and baked goods along with new festive cups! Candy Cane Hot Chocolate and Candy Cane White Hot Chocolate topped with whipped cream and peppermint bark. Yummy. Merry and cheerful new holiday designs adorn the hot beverage cups, donut boxes and delivery bags and feature a modern expression of classic holiday characters designed to evoke childhood nostalgia and warm memories.

Hot cocoa and hot chocolate are usually drunk on their own with decadent toppings, such as whipped cream and marshmallows. Yet, the hot beverage’s ability to pair with other flavors is far greater than it is usually given credit for. Though hot cocoa is typically associated as a sweet comforting drink for a cozy night cuddled up on the couch or by the fire, it really does work well with a variety of foods. Certain salty, sweet, and tangy foods are all great options for pairing with hot chocolate. Sweet foods can be paired with hot chocolate in moderation. Generally, the best sweet food pairings for hot chocolate are sweets with a pronounced flavor, such as mint—anything with peppermint, such as mints, chocolates, candy canes, etc., are a great choice. Marshmallows are a huge hit with people of all ages.