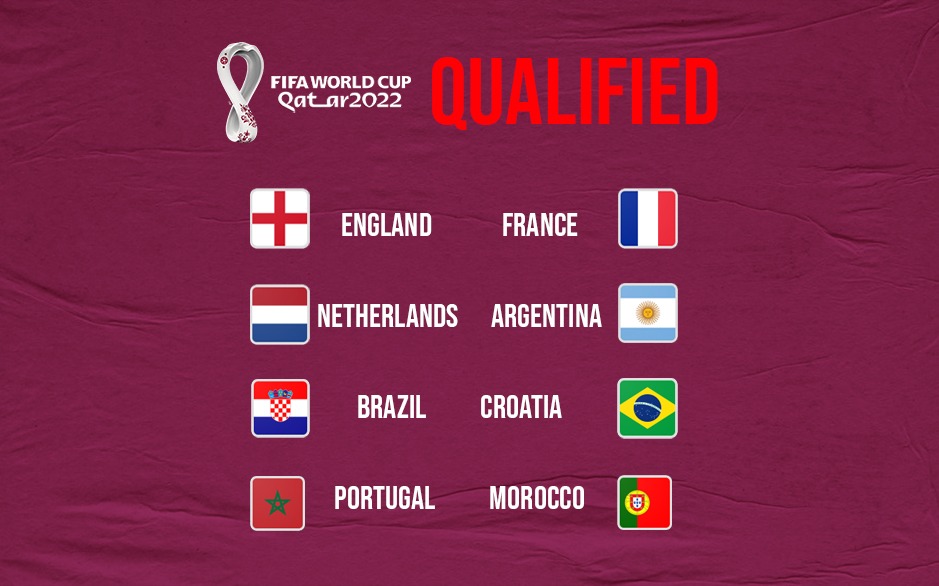 And then there were 8. What a ride it’s been. Big names failed and we have had a big shock as well. The Netherlands went true to form and seem to have peaked at the right time beating the USA 3-1 on Saturday to start off the round of 16. They will now face Argentina led by Messi as they saw off the Australians in a 2-1 win. Mighty France withstood the onslaught of Poland and looked strong in their 3-1 win. England continued their fine form and will meet France in the round of 8 as they won 3-0 over Senegal.

Tragically the World Cup darlings Japan went out on penalties to Croatia who won 3-1 in the shootout and will now face Brazil. Brazil looking like favourites to win the tournament again won 4-1 over South Korea as the last Asian nation went out of the cup. Shockingly 2010 winners Spain looked a shadow of their former self and lost on penalties against Morocco, the last African side in the world cup. The Moroccans looked professional and firm in the match and will face Portugal who have hit fine form trouncing Switzerland 6-1.

We finally have the first hattrick of the tournament as Portugal’s Goncalo Ramos scored 3 in the win over the Swiss. After a 2 day gap we will have the 4 games to decide who meets in the semifinals.