1. The first and most obvious error is Winnipeg’s ban on pit bull ownership. Pit bull bans are common across North America, and there’s a surprising amount of public support for the practice. With bans in effect in Winnipeg and the entire province of Ontario, there’s serious advocacy for nationwide provincial bans of pit bulls. Winnipeggers are still prohibited from keeping chickens. It’s a law that, again, stems from a misconception based in irresponsible ownership: that chickens are smelly and loud. Among the dozens of other pointless pet bans are the ban on domestic pigs, which falls under the ban of “all even-toed ungulates…other than domestic sheep.”

2. The 1983 Sidewalk Cleaning By-law (No. 3422/83) of Winnipeg stipulates that city sidewalks will be cleared of snow (and other debris) free of charge by the city, that is, unless you live on a two block stretch of Osborne Street (between River Avenue and Stradbrooke Avenue). Property owners of this little area must remove snow or debris from sidewalks adjacent to their property in a timely manner or face a fine of up to $150. As to why this neighborhood was singled out, no one can really say…

3. Like most cities, Winnipeg has a list of animals that are prohibited to be kept as pets within city limits. Section 33 of the The Responsible Pet Ownership By-law specifically bans the personal possession of all “even-toed ungulates”, except for domestic sheep. So, if you’re moving to Winnipeg, you can bring your pet sheep Dolly, but the ban on domestic pigs, which falls under the ban of “all even-toed ungulates, means Babe will have to go somewhere else.

4. Lastly, the city of Winnipeg in their has taken specific measures to halt any and all impromptu live performances on public transit. By-law 89/2014 stipulates that anyone caught humming or singing without prior written consent from the Transit Director may be charged with a fine of up to $100.

5. The freedom to peacefully assemble is a fundamental right of all Canadians. Section Two of the Canadian Charter of Rights and Freedoms outlines it as a fundamental freedom of all Canadians, along with freedom of religion, expression and association. But one of Winnipeg’s dumbest bylaws serves as a tool to circumvent this most basic of Canadian freedoms. The bylaw in question is the “City of Winnipeg Traffic By-Law No.1573/77”. Among a myriad other regulations, sections 9 through 11 of the bylaw explain that any Winnipegger holding or taking part in a parade must first receive a permit from the Chief of Police. The bylaw defines a “parade” as “any procession or body of pedestrians excepting members of Her Majesty’s Armed Forces, numbering more than thirty (30) standing, marching, or walking anywhere on a street.” 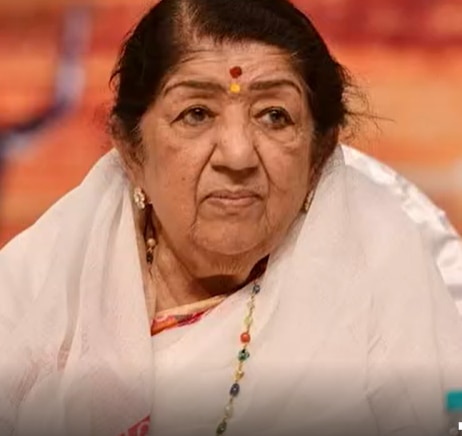 Indian singer and music composer Lata Mangeshkar has died at the age of 92. She was widely considered as one of the greatest and most influential singers in India. Her contribution to Indian music industry in a career spanning seven decades has gained her honorific titles such as the Nightingale of India and Queen of Melody. Ms Mangeshkar was taken to the intensive care unit on Tuesday after testing positive for COVID-19. Lata Mangeshkar, a recipient of the Bharat Ratna, Padma Vibhushan, Padma Bhushan and Dadasaheb Phalke Awards, was an icon of Indian cinema, having sung playback for an extensive list of Hindi films; she also sang in several regional languages including Marathi and Bengali. Ms Mangeshkar, who belonged to a prominent musical family, also composed music as well as produced a handful of films.

Lata Mangeshkar, born in 1929, was the eldest of five siblings, among them singer Asha Bhonsle who visited Mangeshkar in hospital after she was taken to ICU. Their father was classical musician Pandit Deenanath Mangeshkar, who gave the young Lata Mangeshkar her first music lesson. In 1942, when her father died, 13-year-old Lata Mangeshkar began her career in music, juggling singing with acting parts in Marathi films. Among Lata Mangeshkar’s most iconic songs is the patriotic composition Aye Mere Watan Ke Logo; the song, commemorating Indian soldiers who died in the 1962 war with China, was performed on Republic Day in 1963 at the National Stadium in New Delhi. Lata Mangeshkar sang it live in the presence of President S Radhakrishnan and Prime Minister Jawaharlal Nehru.

Having worked with composers as disparate as Anil Biswas, Shankar Jaikishan, Naushad Ali, S.D. Burman, C. Ramchandra, Hemant Kumar, Salil Chowdhury, Khayyam, Ravi, Sajjad Hussain, Roshan, Kalyanji-Anandji, Madan Mohan, and Usha Khanna over the next several years, Mangeshkar has the unique distinction of singing for around seven different generations of female actors (Madhubala and Nimmi in the 1940s, Meena Kumari , Nargis and Nutan in the 50s, Waheeda Rehman, Asha Parekh and Sharmila Tagore in the 60s, Mumtaz, Hema Malini , Jaya Bhaduri and Zeenat Aman in the 70s, Sridevi and Rekha in the 80s, Juhi Chawla, Karisma Kapoor and Manisha Koirala in the 90s and Preity Zinta and Kareena Kapoor in the 2000s).

Mangeshkar, who remained unmarried, is survived by a large family, including her siblings and their children and a legion of fans across the world who would today swear by the words that poet and music director Naushad had once written for the singer, “The very heart of India throbs in your voice.” Among her exhaustive charitable work is a hospital in her father’s name in Pune called Deenanath Mangeshkar Hospital and Research Centre.