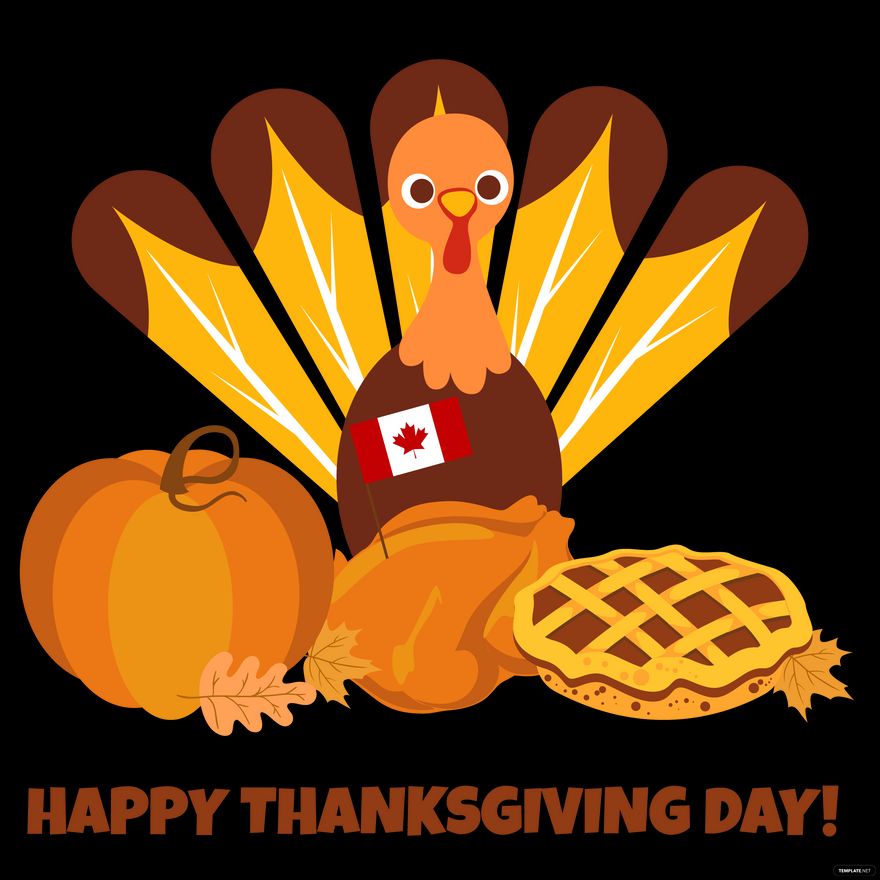 1. Canadian Thanksgiving is in October—and on a Monday

2. American and Canadian Thanksgiving Have Different (But Similar) Origins

In that sense of “thanks-giving,” the earliest report of such a dinner dates back to 1578, when English explorer Martin Frobisher and his crew held a special meal to thank God for granting them safe passage through northern North America, into what is today the Canadian Territory of Nunavut. The first Thanksgiving after Canadian Confederation didn’t happen until April 1872, when the holiday was observed to celebrate the recovery of the Prince of Wales from a serious illness.

3. Thanksgiving Is a Little More Low Key in Canada

Thanksgiving is one of the biggest holidays of the year in the United States—with huge parades, massive feasts, and football—but it’s decidedly lower key in Canada. Although the holiday is still widely celebrated in Canada and is a statutory holiday in most of the country, Canadians’ approach to Thanksgiving is a bit more laid back. Thanksgiving in Canada involves families coming together to eat turkey and celebrate the harvest, but relatives don’t tend to travel as far across the country like they might in the United States. And because the holiday takes place in early October, the weather is usually still suitable for a Thanksgiving Day hike or vacation—a tradition that many Canadians readily take part in ahead of the long winter. Plus, because the holiday falls on a Monday, the Thanksgiving feast may instead take place on Saturday or Sunday.

Love them or hate them, Black Friday and Cyber Monday have become a big part of the Thanksgiving season in the United States. In Canada, however, there’s no real post-Thanksgiving shopping craze, since Christmas is still so far off. This gives Canadians the chance to focus purely on celebrating the beauty of early October and the harvest! That being said, no one can resist a good sale for long: in recent years, Canadian stores have started to participate in November’s Black Friday and Cyber Monday, too.

1. Manatees are typically found in shallow coastal areas and rivers where they feed on sea grass, mangrove leaves, and algae. These herbivores munch on food for almost half the day, eating ten percent of their body weight in plant mass every day. With weights of up to 1,200 pounds, that is a whole lot of greenery!

2. West Indian (Trichechus manatus) and West African (T. senegalensis) manatees spend their lives on the cusp between salty and fresh water. They are able to maintain the correct balance in their bodies through an internal regulation system that works with the kidney to make sure salt concentrations never get too high. It is believed that West Indian manatees require some access to freshwater in order to stay hydrated, but they are able to easily move between the two ecosystems.

3. Warm water is a must for the West Indian and West African manatee species. With low metabolic rates and minimal fat protection from cold water, they stick to water that is 60 degrees or warmer. They may look fat and insulated, but the large body of the manatee is mostly made up of their stomach and intestines! In colder months, they find their way to warm river tributaries or warm water outputs from power plants. In 2010 at least 246 manatees died in Florida due to cold stress from the colder-than-normal winter.

4. Manatees go to the surface of the water every three to five minutes to breathe although they can remain underwater longer, holding their breath for up to 20 minutes. When they do take a breath, 90 percent of the air in their lungs is replaced (whereas humans tend to replace about 10 percent).

5. The Amazonian manatee (Trichechus inunguis) lives entirely in freshwater rivers throughout South America in the Amazon Basin. It is hard to estimate their numbers due to their secretive nature and the murky water where they often live. A fourth dwarf manatee species was described in the mid-2000s, but this claim was called into question and it is believed to actually be a juvenile Amazonian manatee. The main threat to this species is illegal harpoon hunting for subsistence.

6. Dugongs (Dugong dugon), in the same order (Sirenia) as manatees, spend all of their time in coastal ocean waters of the Indian Ocean and western Pacific and they don’t ever venture into freshwater. Although they look similar to manatees, dugongs have a more whale-like fluke compared to the round, paddle-like tail that you see on manatees.