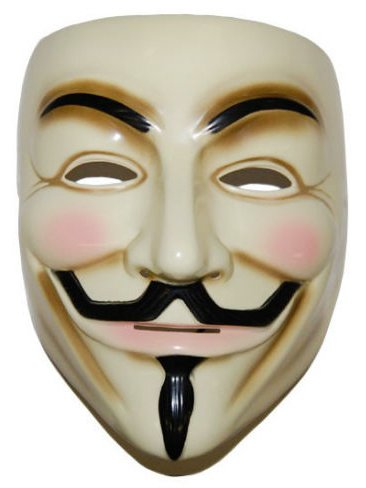 Remember, remember the 5th of November. Across Great Britain people celebrate Guy Fawkes Night with bonfires and fireworks. Centuries after his failed attempt to blow up the British Parliament, Fawkes’s image remains prevalent in popular culture, thanks to films like V for Vendetta (2005).

1. Guy Fawkes was a clandestine Catholic.

Why is Guy Fawkes important? Guy (also known as Guido) Fawkes was born in Yorkshire, England, in 1570. He was raised by a Protestant family, but secretly converted to Catholicism as a young man. When he was 21, he went to fight alongside the Spanish Catholics in Flanders. During the fighting, he became an expert on explosives. This, alongside his fanatic Catholicism, is what got him recruited to the Gunpowder Plot.

2. Guy Fawkes played a key role in the Gunpowder Plot.

England became a Protestant country after the Reformation. As such, Catholics were persecuted and forced to practice their religion in secret. A wealthy Catholic named Robert Catesby decided the only solution to this discrimination was to overthrow King James I and his government. He recruited a number of other Catholics, including Fawkes, and together they plotted to plant gunpowder under the British Houses of Parliament and blow it sky-high.

The conspirators rented a cellar underneath the Houses of Parliament. Disguised as a servant named John Johnson, Fawkes began filling it with barrels of gunpowder. Once the explosives were in place and Parliament was confirmed to be sitting, ensuring the House of Commons would be full of MPs, the date for ignition was set: November 5, 1605.

Everything was going according to plan, until one of the conspirators decided to write an anonymous letter to a Catholic member of Parliament, Lord Monteagle, warning him to stay away from the Houses of Parliament on the night of November 5. Monteagle, sensing danger, showed the letter to the King, who ordered the area to be immediately searched. Thirty-six barrels of gunpowder were discovered hidden beneath piles of firewood in a storeroom below the House of Lords. Fawkes, found at the scene while armed with long fuses and dressed for his escape, was arrested.

4. Guy Fawkes was sentenced to death for his involvement in the Gunpowder Plot.

After his capture, Fawkes was sent to the infamous Tower of London, where he was tortured until he confessed and gave the names of his fellow conspirators. Soldiers were soon dispatched to Staffordshire to apprehend Catesby, the mastermind behind the plot. Catesby and his two compatriots died in a gunfight while attempting to combat the approaching soldiers.

Fawkes, meanwhile, was sentenced to death. Treason carried the harshest punishment, and he was to be hung, drawn, and quartered. On the day of his execution—January 31, 1606—Fawkes managed to wrestle free from the soldiers guarding him and jumped (or fell) from the gallows, fatally breaking his neck. The executioners were not going to let him escape his full punishment: They cut his dead body into quarters, then set the pieces of his corpse to the four corners of the kingdom as a warning to others.

The day of the ill-fated Gunpowder Plot was decreed a day of celebration—after the attack was prevented, people lit bonfires to toast the King’s safety. November 5 was declared a day of thanksgiving, and the first official celebration took place exactly a year after the failed Gunpowder Plot, on November 5, 1606. People across Britain gathered around bonfires and burned effigies of Fawkes.

The festivities developed over the years. It became customary for children to make a life-sized dummy of Fawkes, which they would take around their neighborhood in a wheelbarrow while asking for a “penny for the Guy” to collect money to buy fireworks. Huge bonfires were built in every village and town, and a Fawkes dummy would be placed on top and set alight. The traditional brightly colored firework displays represent the explosives that were meant to ignite under the Houses of Parliament.