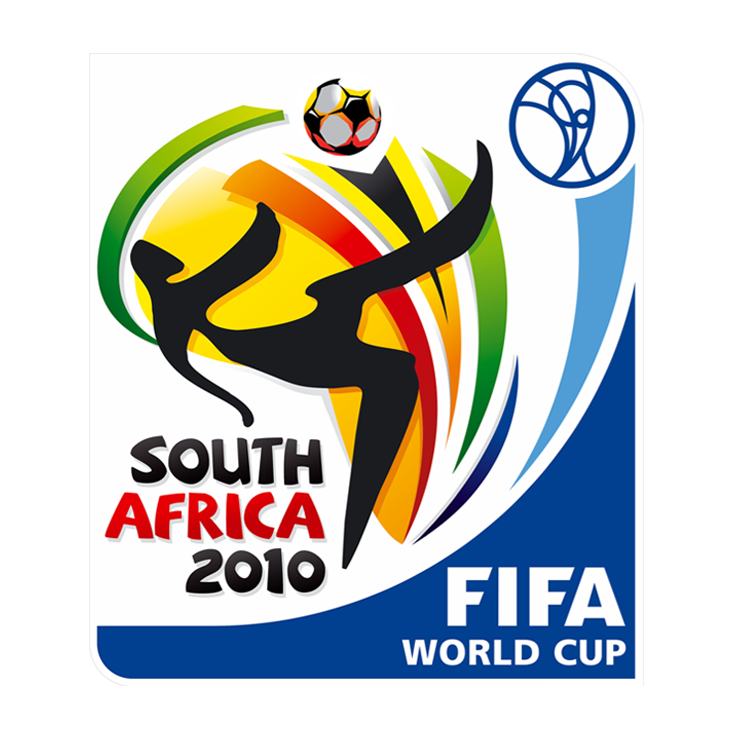 2010 saw the World Cup being held in an African country for the first time and we also had a first-time winner. In 19 editions of the tournament, only eight teams have won the soccer tournament: Brazil, Argentina, Uruguay, Italy, Germany, England, France, and Spain. The 19th FIFA World Cup would be held in Africa, which meant only African countries could place a bid. Five countries were interested: Egypt, Libia, Tunisia, Morocco, and South Africa. South Africa lost the voting process for the 2006 FIFA World Cup, receiving 14 votes for the 2010 FIFA World Cup.

A controversial match was Uruguay against Ghana. Ghana’s national team had the opportunity to be the first African country to reach the semi finals. With the game drawn at 1-1 it seemed Ghana was scoring the winning goal in the nail-biting last minutes of extra time. But the ball didn’t enter the net. Instead, Uruguayan forward Luis Suárez deliberately stopped the ball with his hands. He immediately received the red card, and Ghana was awarded a penalty. The last moment of extra time was a penalty. Asamoah Gyan would have the chance to bring Africa to the Semi-Finals. Unfortunately, the pressure was too much for him, and he missed it. Luis Suárez watching from the sideline, openly celebrated. Uruguay won on penalties.

Germany and Argentina met in the quarterfinals. Everyone expected this match to be challenging for both sides. But it appeared Argentina somehow couldn’t overcome Germany’s playstyle. Thomas Muller scored the first goal three minutes after kick-off. Then, in the 2nd half, Miroslav Klose and Arne Friedrich scored three goals in total in 21 minutes. Argentina was knocked out in the quarter-finals, as was the case 4 years earlier. After the Netherlands defeated Brazil in the Quarter-Final, they became more confident about reaching a FIFA World Cup Final. Their next opponent was Uruguay. Many people wanted the Netherlands to win due to how Uruguay won the Quarter-Final against Ghana. It was an exciting match with five goals scored in total. The first goal was a surprising one by Dutch midfielder Giovanni van Bronckhorst.

The 2nd half saw its first goal in the 70th minute by Dutch midfielder Wesley Sneijder. Three minutes later, Arjen Robben scored again for the Netherlands. The Netherlands knew they would advance with a score of 1-3. In injury time, however, Uruguayan right back Maximiliano Pereira woke both teams up by scoring the second goal for Uruguay. Netherlands reached a FIFA World Cup Final for the first time since 1978. Wesley Sneijder became the 2010 World Cup top scorer with five goals, Diego Forlan, David Villa, and Thomas Muller. Spain survived the knockout stage by defeating Portugal and Paraguay with 1-0 scorelines. In their semifinal against Germany, this continued as Germany couldn’t score and a Carlos Puyol goal sent his side to the finals.

Spain finally made it to the FIFA World Cup Final for the first time in World Cup History. Their opponent was the Netherlands which never won a FIFA World Cup either. The last time a Final consisted of two countries who never won a World Cup was in Argentina in 1978. With an attendance of 84,000 the match was pretty rough, with many fouls made from both sides. The Netherlands was playing aggressively, resulting in a total of 9 yellow cards. Spain received five yellow cards. Everyone expected that the Final would end with a penalty shootout until the match reached the 116th minute. Andres Iniesta scored the most crucial goal in the history of Spanish football. The Netherlands became the only national team to have lost 3 FIFA World Cup Finals without having won once.