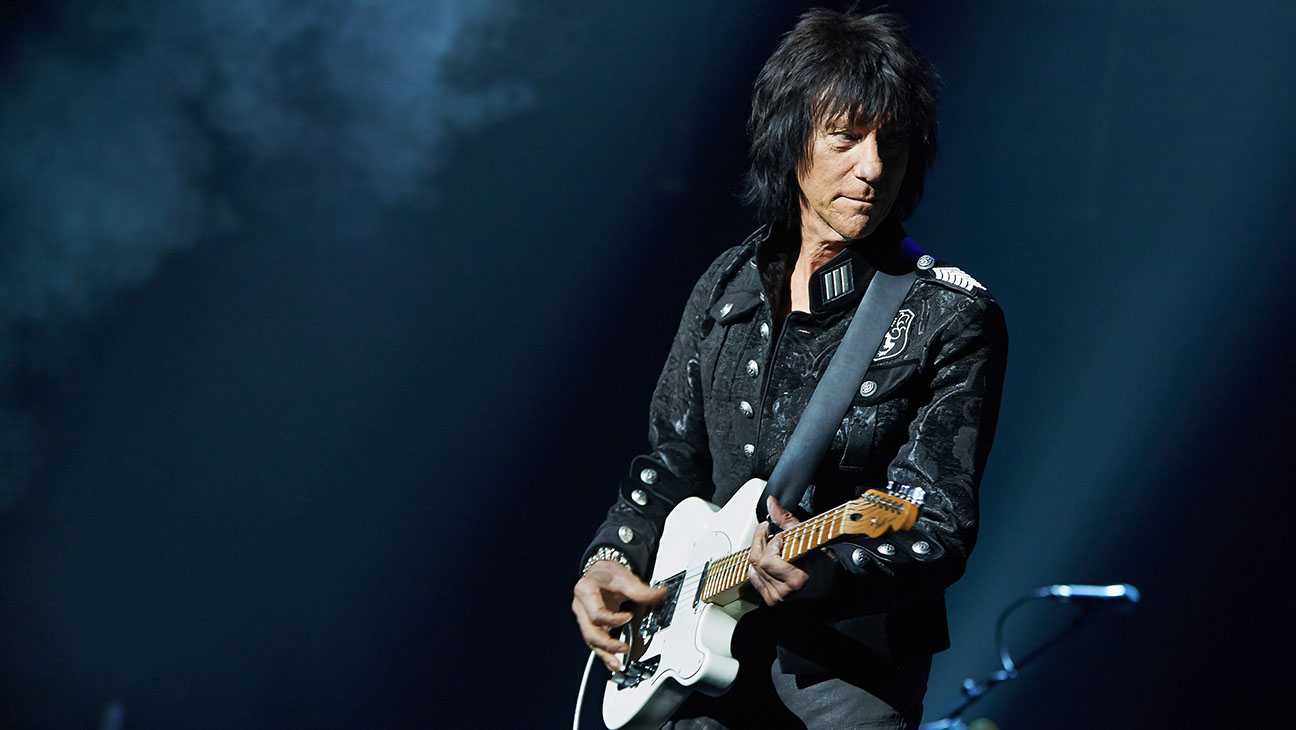 Jeff Beck, one of the most influential rock guitarists of all time, and a personal musical favourite and hero of mine, has died at the age of 78. The English rock guitarist who rose to prominence with the Yardbirds and afterwards fronted the Jeff Beck Group and Beck, Bogert & Appice. In 1975, he switched to a mainly instrumental style, with a focus on innovative sound, and his releases spanned genres ranging from blues rock, hard rock, jazz fusion, and a blend of guitar-rock and electronica. Beck ranked in the top five of Rolling Stone and other magazine’s list of 100 greatest guitarists. He was often called a “guitarist’s guitarist”.

Born on 24 June 1944 to Arnold and Ethel Beck at 206 Demesne Road, Wallington, London, England he said that he first heard an electric guitar when he was six years old and heard Les Paul playing. Cliff Gallup, lead guitarist with Gene Vincent and the Blue Caps, was also an early musical influence, followed by B. B. King and Steve Cropper. Upon leaving school, he attended Wimbledon College of Art, after which he was briefly employed as a painter and decorator, a groundsman on a golf course and a car paint-sprayer. Beck’s sister Annetta introduced him to Jimmy Page when both were teenagers. He briefly played with shock-rocker Screaming Lord Sutch and the Tridents. When Eric Clapton left the Yardbirds in 1965, Jimmy Page suggested hiring Beck – and he went on to play on hits like I’m A Man and Shapes Of Things, where his pioneering use of feedback influenced musicians like Paul McCartney and Jimi Hendrix.

The guitarist stayed with the Yardbirds for nearly two years, before declaring he was quitting music altogether and releasing his first solo single Hi Ho Silver Lining. However, he quickly returned with the Jeff Beck Band, which included Rod Stewart on vocals, Ronnie Wood on bass, Nicky Hopkins on piano, and Aynsley Dunbar on drums (replaced by Micky Waller). Their first two albums Truth (1968) and Beck-Ola (1969), took a ferocious approach to the blues that laid the groundwork for heavy metal. With new members he reformed the band post an accident and recovery in 1971 he recorded Rough and Ready  and a second album Jeff Beck Group. Beck then started collaborating with friends  bassist Tim Bogert and drummer Carmine Appice forming the power trio Beck, Bogert & Appice.

In April 1973 the album Beck, Bogert & Appice was released (on Epic Records). While critics acknowledged the band’s instrumental prowess the album was not commercially well received except for its cover of Stevie Wonder’s hit “Superstition“. Beck, Bogert & Appice dissolved in April 1974 before their second studio album (produced by Jimmy Miller) was finished. Their live album Beck, Bogert & Appice Live in Japan, recorded during their 1973 tour of Japan, was not released until February 1975 by Epic/Sony. Beck’s solo album Blow by Blow (March 1975) evolved from these sessions and showcased Beck’s technical prowess in jazz-rock. The album reached number four in the charts and is Beck’s most commercially successful release.

In the 1980s he collaborated with Eric Clapton, Sting, Phil Collins, Donovan and Bob Geldof. In 1985 Beck released Flash, featuring a variety of vocalists, but most notably former bandmate Rod Stewart on a rendition of Curtis Mayfield’s “People Get Ready“a big hit. During this period, Beck made several guest appearances with other performers, including the movie Twins, where he played guitar with singer Nicolette Larson. After a four-year break, he made a return to instrumental music with the Grammy Award winning album Jeff Beck’s Guitar Shop (1989), the first album to feature Beck as a fingerstyle guitarist, leaving the plectrum playing style. It was only his third album to be released in the 1980s.

In the 1990s, Beck had a higher musical output. He contributed to Jon Bon Jovi’s solo debut album “Blaze of Glory” in 1990, playing the main solo of the album’s title song, which was also the theme song to the movie Young Guns II. The same year, he was a featured performer on Hans Zimmer’s score for the film Days of Thunder. He played lead guitar on Roger Waters’ 1992 concept album Amused to Death, and on the 1993 albums The Red Shoes by Kate Bush and Love Scenes by Beverley Craven. He recorded the instrumental soundtrack album Frankie’s House (1992), as well as Crazy Legs (1993), a tribute album to 1950s rockabilly group Gene Vincent and the Blue Caps and their influential guitarist Cliff Gallup.

Beck’s next release was in 1999, his first foray into guitar-based electronica, Who Else!. The album also marked Beck’s first collaboration with a female musician, Jennifer Batten. Beck won his third Grammy Award, this one for ‘Best Rock Instrumental Performance’ for the track “Dirty Mind” from You Had It Coming (2000). The song “Plan B” from the 2003 release Jeff, earned Beck his fourth Grammy Award for Best Rock Instrumental Performance, and was proof that the new electro-guitar style he used for the two earlier albums would continue to dominate. In 2007 he appeared once again at Clapton’s Crossroads Guitar Festival, performing with Vinnie Colaiuta, Jason Rebello, and the then 21-year-old bassist Tal Wilkenfeld. Beck announced a world tour in early 2009 and remained faithful to the same lineup of musicians as in his tour two years before, playing and recording at Ronnie Scott’s in London to a sold-out audience.

Beck was inducted into the Rock and Roll Hall of Fame for the second time on 4 April 2009, as a solo artist. Beck’s album, Emotion & Commotion, was released in April 2010.  Two tracks from Emotion & Commotion won Grammy Awards in 2011: “Nessun Dorma” won the Grammy Award for Best Pop Instrumental Performance, and “Hammerhead” won the Grammy Award for Best Rock Instrumental Performance. He released the album Loud Hailer in 2016, his last. Beck lived in a Grade II-listed house called Riverhall, in Wadhurst, East Sussex and is survived by his wife Sandra Cash.