1. It’s Unclear Why It Is Feared : Very little is known about the origins of the day’s notoriety. Some historians believe that the superstitions surrounding it arose in the late 19th century. The first documented mention of the day can be found in a biography of Italian composer Gioachino Rossini, who died on a Friday the 13th. A 1907 book, Friday the Thirteenth, by American businessman Thomas Lawson, may have further perpetuated the superstition.

2. Yet, the Fear Is Very Real : So real that one scientific name wasn’t enough. The fear of Friday the 13th is also called friggatriskaidekaphobia or paraskevidekatriaphobia. Now say that 10 times really fast! Friggatriskaidekaphobia comes from Frigg, the Norse goddess of wisdom after whom Friday is named, and the Greek words triskaideka, meaning 13, and phobia, meaning fear. Paraskevidekatriaphobia is also derived from Greek: paraskeví translates as Friday, and dekatria is another way of saying 13. Many high-rise buildings, hotels, and hospitals skip the 13th floor, and many airports do not have gates numbered 13. In many parts of the world, having 13 people at the dinner table is considered bad luck.

4. Friday the 13th Can Come in Threes : A bit of bad news for all of you who suffer from friggatriskaidekaphobia—all years will have at least one Friday the 13th. The good news is that there cannot be more than three Friday the 13ths in any given calendar year. The longest one can go without seeing a Friday the 13th is 14 months.

5. Fittingly, Alfred Hitchcock Was Born on the 13th : The master of suspense was born on August 13, 1899—so Friday, August 13, 1999, would have been his 100th birthday. He made his directorial debut in 1922 with a movie called Number 13. Unfortunately, the film was doomed from the start and never got off the ground due to financial troubles. Other celebrities and well-known personalities born on a Friday the 13th include actors Mary-Kate and Ashley Olsen; novelist and playwright, Samuel Beckett; and former President of Cuba, Fidel Castro.

7. The Day Inspired One of the Highest-Grossing Film Series : The commercially successful Friday the 13th enterprise includes 12 horror movies, a television series, and several books that focus on curses and superstitions. Even though the films and the television series consistently received negative reviews from critics, they have a considerable following. The mask worn by the key character in the movies, Jason Voorhees, is one of the most known images in popular culture.

8. …And a Country to Raise Safety and Accident Awareness : Since 1995, Finland has dedicated one Friday the 13th in a year to observe National Accident Day. The day aims to raise awareness about safety—on the roads, at home, and at the workplace.

9. An Asteroid Will Safely Fly By the Earth in 2029 : On a Friday the 13th! Friday, April the 13th, 2029, to be exact. When 99942 Apophis was discovered in 2004, it was thought to have a small chance of colliding with Earth. But you can rest easy because since then, scientists have revised their findings which show that there is absolutely no risk of the asteroid impacting the Earth or the Moon.

10. Some bad things happened in history that day :

11. Unluckiest day in history : If you think your Friday the 13th is likely to be bad, be glad you aren’t a 14th-century Knight Templar(opens in new tab). On Oct. 13, 1307, officers of King Philip IV of France raided the homes of thousands of these Crusades warriors, imprisoning them on charges of illegal activities. Though the charges weren’t proven, more than a hundred died of terrible torture, according to “Tales of the Knights Templar”

12. A group was formed to debunk superstition : In the 1880s, the Thirteen Club was formed to debunk the superstition around number 13. Every 13th of the month, 13 members of the group would sit on the table for dinner, do everything that’s otherwise considered ominous — such as breaking mirrors and throwing salt — and record how many members die over time. Eventually, it became a 400-member group, that included a number of US presidents. 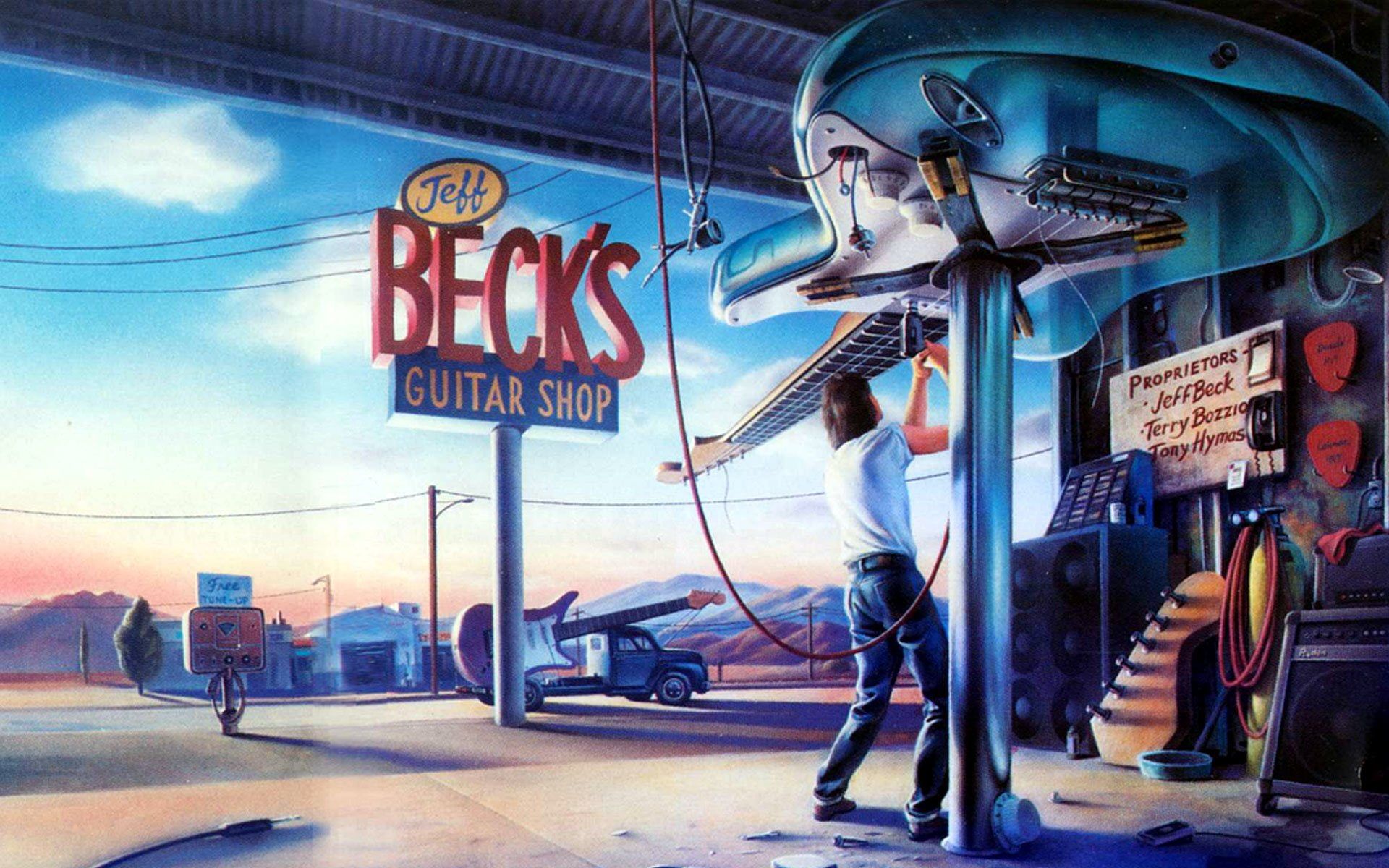 One of my favourite albums of all time is 1989’s Jeff Beck’s Guitar Shop. My first time listening to Jeff Beck was on a documentary from the late 80s about rock music and there was a clip of him playing the solo to “Just Ambitious“. That was 1987 or 88 I think. Then on a VHS tape of music videos I watched the video for People Get Ready. After that I think it was in the early 90s when, after listening to a lot of Joe Satriani, Steve Morse and Steve Vai, I wanted to get more and Beck was next on the list for more guitar instrumental music.

I bought the 1989 album at a time when I didn’t know what a whammy bar was I was wondering, how the heck did he get these amazing sounds out of the guitar. I listened to this album on cassette many many times and later on in the late 90s when cds were cheaper, I got it on cd. I can remember many weekend morning of me sitting in my room, glass of juice in my hand, with a magazine or novel lying open and teenage me listening to Jeff over and over again. Seriously all I could think about yesterday when I read about his passing, is sitting in the big bedroom, pulling out the cassette and then cd on certain days and playing it (its’ only about 40 mins long) and reading a book.

Great songs like Savoy, the title track, Sling Shot, Behind The Veil, Big Block and the melancholic Where Were You. No wonder he won the Grammy, one of 6 that he has won. But this is my favourite album of his and I play it all the time.

Goodbye Jeff. Thank you for all the great music.