Alrighty then, let’s look a sleek and fabulous design for a class of starship. This one is a fan favourite and in my top 10 of ship designs and I absolutely loved it when I first saw it on the tv screen. I am taking about the awesome, the spectacular – USS Prometheus! 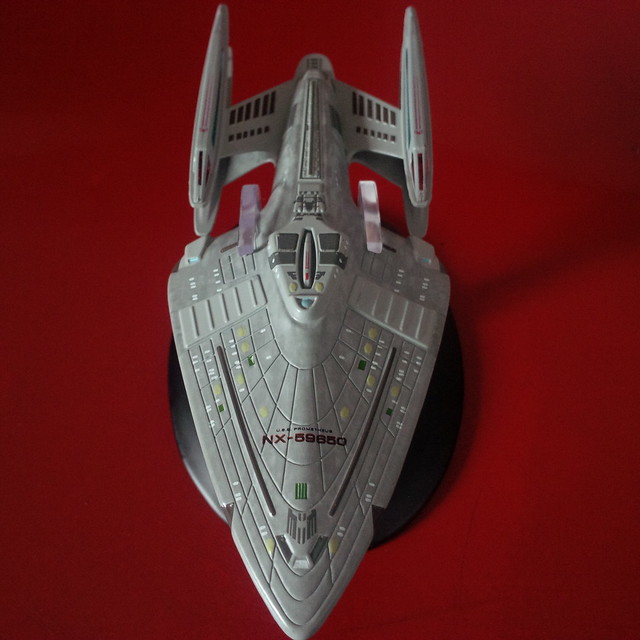 The USS Prometheus (NX-59650/NX-74913) was a 24th century Federation Prometheus-class starship operated by Starfleet. Prometheus was an experimental prototype designed for deep space tactical assignments and equipped with regenerative shields, ablative hull armor, and multi-vector assault mode. She was the fastest ship in Starfleet with a warp factor of 9.99 when she was launched from the Beta Antares Ship Yards on stardate 50749.5 in late 2373. The vessel was also equipped with holographic projectors on every deck, allowing its EMH Mark II free range of movement throughout the ship. The Prometheus was, at least, the second starship to bear the name. 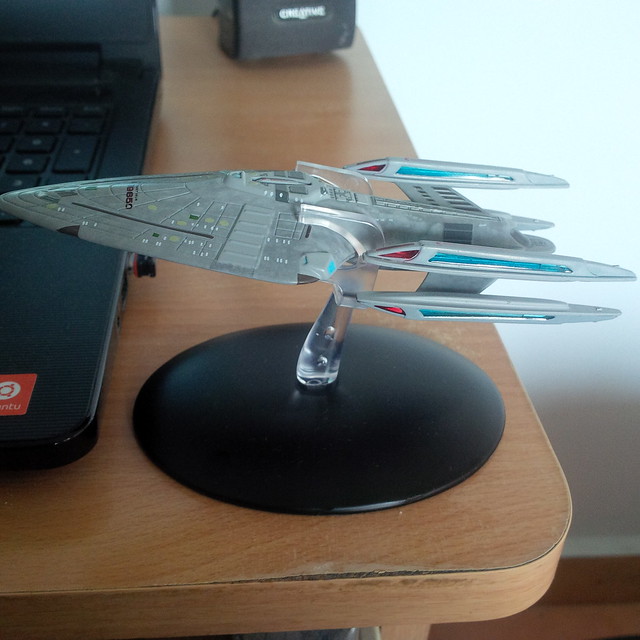 Some time shortly after stardate 51462 in 2374, the Prometheus was hijacked by Romulans. During their escape aboard the ship, the Prometheus easily disabled the USS Bonchune when the Romulans decided to enable the multi-vector assault mode, for the first time, proving her potency as a combat vessel. Coincidentally, during the hijacking the Prometheus received a subspace transmission from the USS Voyager, which was stranded in the Delta Quadrant over 60,000 light years away. This transmission contained Voyager’s Emergency Medical Hologram, who initially escaped detection by claiming to be the Prometheus’ EMH, and also claiming that, as a doctor, he was neutral. Assisted by the Prometheus’ EMH, The Doctor was able to regain control of the ship by knocking the Romulans out using neurozine gas (that, naturally, didn’t affect the two holograms) and stop her from entering Romulan space. Despite their initial lack of understanding of the controls of the Prometheus, the two EMHs subsequently managed to destroy an opposing Romulan ship before the Prometheus was recovered by Starfleet. Following this, The Doctor spoke directly to Starfleet Headquarters about the fate of Voyager, before returning to his ship to assure them that they were no longer alone. (VOY: “Message in a Bottle”) 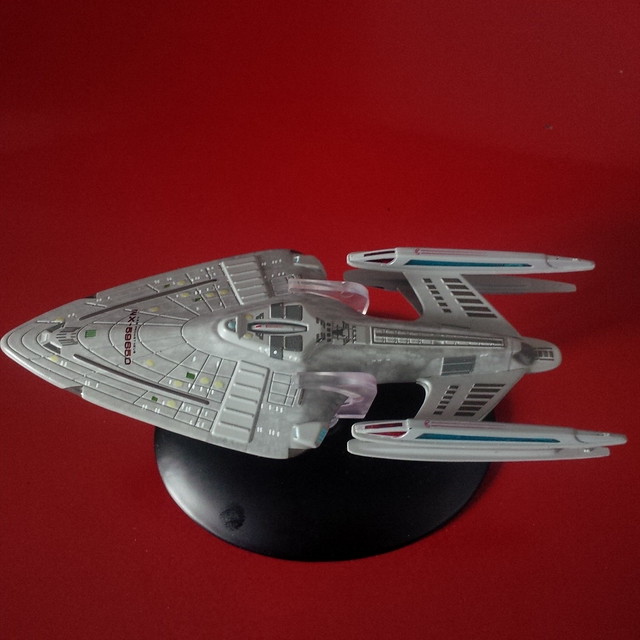 The warp drive of the Prometheus-class made the ships of this class faster than any other starship in the fleet at the time in the mid 2370s. The warp drive was capable of maintaining speeds exceeding warp 9.9. The Prometheus-class was designed with an unprecedented level of automation, and, combined with its advanced tactical systems, was one of the most powerful combat ships in the Alpha Quadrant. The primary battle systems on board the Prometheus included regenerative shielding, ablative hull armor, phasers, and photon torpedoes. A unique feature included in the Prometheus design was the multi-vector assault mode, which allowed the ship to split into three semi-independent sections that could each deliver massive force against an enemy target. All three sections were warp-capable. In this mode, the Prometheus could easily disable a Nebula-class at warp, or a D’deridex-class on the field of battle. (VOY: “Message in a Bottle”) While other starship classes had similar capabilities, such as the Galaxy-class with its saucer separation feature, generally the saucer section of such classes had no warp drive and limited weaponry. (TNG: “Encounter at Farpoint”, “The Arsenal of Freedom”, “The Best of Both Worlds, Part II”) 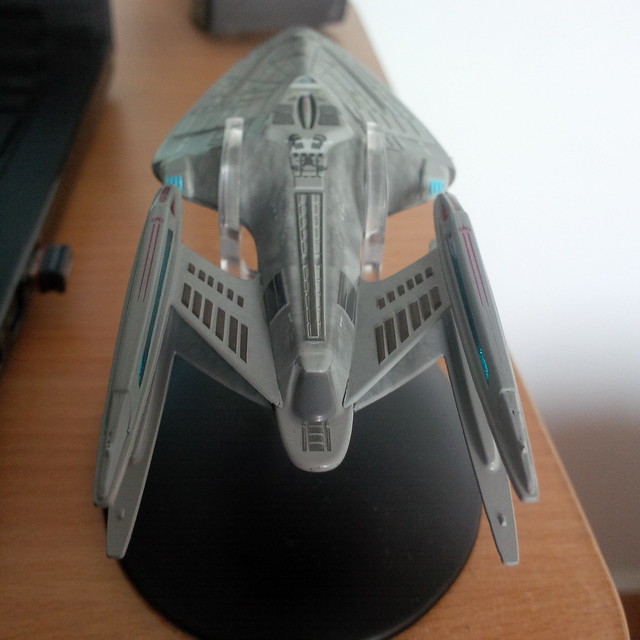 In addition to standard automation systems, the Prometheus-class design also featured holoemitters on every deck, which allowed the ship’s Emergency Medical Hologram (Mark II) to access all areas of the ship (most EMHs were confined to sickbay only). Primary controls for the ventilation system were located in Jefferies tube 17, which was located five decks up from sickbay. 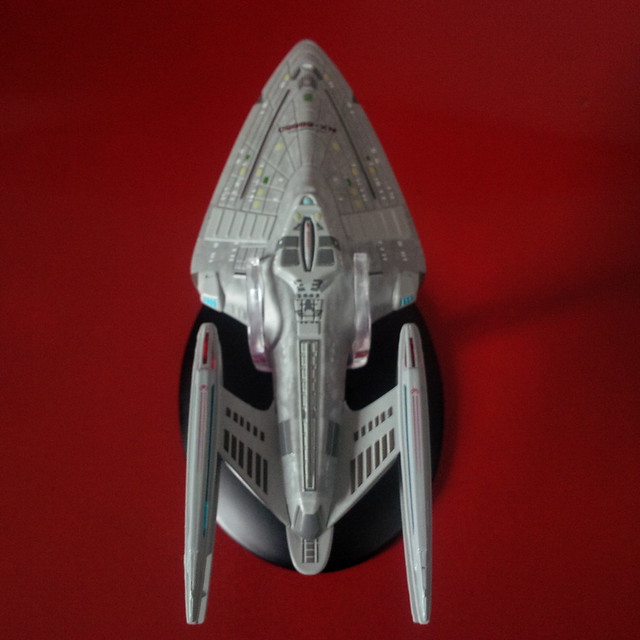 So I hope you like the photos that I put up of the gorgeous beast. I lost the unboxing video of the Prometheus so here is the closer look video of the model. Enjoy!