After almost 3 weeks I finally went out. Since I get most of my groceries and other stuff delivered to my apartment building, I rarely do need to go out. But yeah twice a month I do try to go out, get some money out of an ATM, do some other errands if needed, buy some beer and other liquor, check if there any parcels waiting for me at the post office, maybe get some lunch outside and anything else I need to do.

I have a cab driver, who uses Ola & Uber but since he is a nice older guy I call him up and ask him if he can come for my errands twice a month. I enjoy his company and he waits and is fair when he charges me; even giving back some money that I wanted to give him extra because he felt that the total ride wasn’t that long. So I call him up the previous night and then arrange for him to meet me the next afternoon at around 12 or so. Yesterday it was at 1:15pm since I woke up so late. 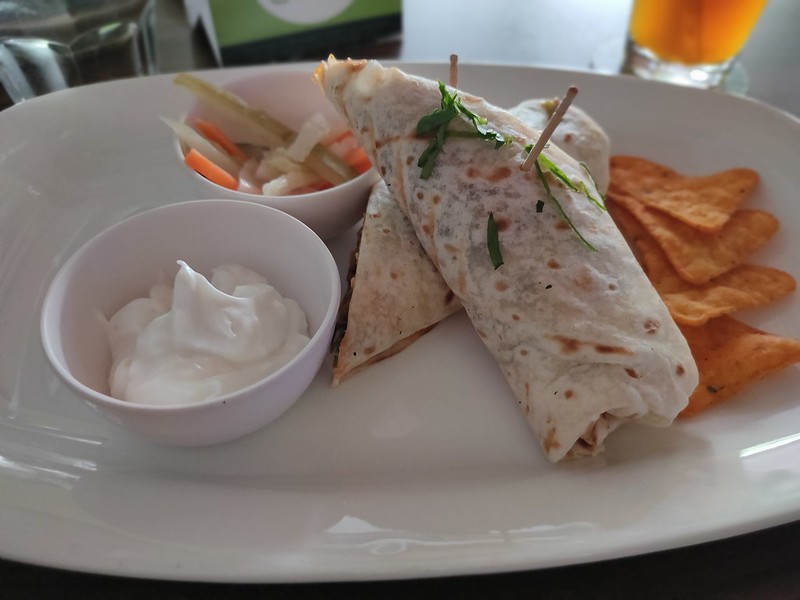 At 11:40 pm I had a mayo sandwich for breakfast with coffee and then shaved and had a shower. By 12:45 I was ready to get dressed and iron my shirt. By 1:15 pm I got into the cab and before I went out to Palarivattom I needed to check something. An Amazon order from Amazon.com was left along with my packages last Wednesday and it turns out it was for an A Gopalakrishnan in an office nearby. However try as I might I couldn’t find the office and decided to let the post office know. I then went to Palarivattom to drop off some documents.

Then I went to buy some beer and unfortunately Couchyn/Grand Hotel had run out of beer. You see you can buy beer and liquour from bars at the regular price but they had run out. So I bought a bottle of Ceasar brandy for my dad and then went to Lotus Club so I could buy some beer. I bought 3 Beck’s Ice and 4 Budweiser Magnum. Then I went to buy some groceries, get some money outta an ATM and then took a quick lunch of a beef mince burrito at Cafe 17 with a Peace Ice Team and then headed home.