I tweeted “Say it ain’t so Alfie” last evening hoping that the news wasn’t true. But it was and it hurt. After 17 years as a Senator the captain chose to go with a team who he thought had more chances of winning the Stanley Cup. The Daniel Alfredsson era in Ottawa came to an end after the Senators long-time captain agreed to a one-year, $5.5 million deal with the Detroit Red Wings. A few hours later, the Senators made another splash, landing star forward Bobby Ryan in a trade with the Anaheim Ducks. In exchange for Ryan, the Senators sent Jakob Silfverberg, forward prospect Stefan Noesen and a first round pick to Anaheim. Alfredsson had spent his entire 17-season NHL career with the Senators. He scored 10 goals and 16 assists in 47 games last regular season and added four goals and 10 points in 10 playoff games.

The native of Gothenburg, Sweden has spent his entire career with Ottawa, scoring 426 goals and adding 682 assists in 1,178 games. The 40-year-old veteran was originally selected in the sixth round by the Senators at the 1994 NHL Entry Draft. Ryan scored 11 goals and 19 assists for 30 points last season. The Senators also brought in free agent left-winger Clarke MacArthur, who signed a two-year, $6.5 million deal. MacArthur, who was originally drafted 73rd overall by Buffalo in 2003, scored eight goals and 20 points for the Toronto Maple Leafs last season. 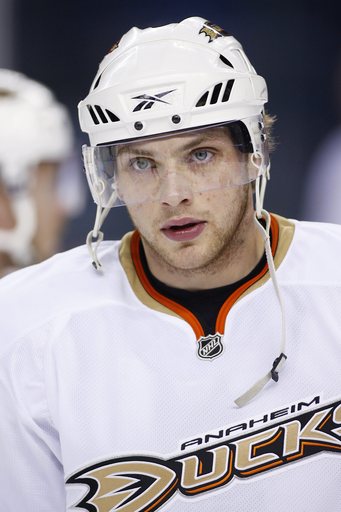